October 06, 2021 | 10:32
Tweet Email Print
While partially lifted social restrictions have been representing a glimmer of hope for domestic manufacturers and exporters of wood products, a heavy competitor in Mexico is emerging, meaning Vietnamese groups are being asked to up their game.

The freight rate crisis continues to resonate with the impact of the pandemic, causing more companies to look for opportunities from bilateral trade agreements. In this context, Mexico has many advantages over other suppliers because of its location and membership in the United States-Mexico-Canada Agreement. This has pushed many furniture makers in the world, including China, to shift production to Mexico.

Nguyen Quoc Khanh, chairman of the Handicraft and Wood Industry Association of Ho Chi Minh City, said at an industry meeting last month that competition for wooden furniture exports to the US market has since then become more intense, and “Mexico has become a competitor of Vietnam in this market.”

In the first seven months of 2021, Mexican furniture exports to the US reached $1.12 billion, up 39 per cent over the same period in 2020, according to the US International Trade Commission (ITC). Forecasts of the US Census Bureau showed that the value of Mexico’s wood exports to the US will continue to increase this year, reaching over $1.87 billion, eventually reaching $2.2 billion by 2025 with an average increase of 4.2 per cent per year.

“Now, with its advantages, Mexico is attracting the interest of US importers, as they are known for fast delivery times and offer a minimal disruption of key supplies, as well as source diversity,” Khanh said.

In 2020, about 95 per cent of Mexico’s furniture exports came to the US market.

A KPMG study noted that wages in Mexico are still significantly lower than those in the US and China, while employees in the US also work fewer hours than Mexicans, which increases factory output by 16 per cent.

Meanwhile, a report by the Mexican consultancy Tetakawi released early last year also noted that Mexico boasts more than 675 furniture factories, including domestic and foreign manufacturers, employing over 52,000 workers. Their main export items are similar to Vietnam’s products meant for export to the US market, including wooden frames, office furniture, bedrooms, kitchens, and other wooden furniture.

America remains a potential market for many furniture manufacturers in the world. The Freedonia Focus Reports’ furniture report predicted that this industry’s demand in the US will reach $68.8 billion in 2022, up 2.6 per cent from $60.5 billion in 2017. The report also attributed the increased demand to strong growth in new home constructions and steadily increasing disposable income levels that have contributed to the demand for furniture in the US.

Vietnam is the largest supplier of living and dining room furniture to the US market, followed by China, the EU, Mexico, Indonesia, and Malaysia. In the first six months of 2021, Vietnam became the largest supplier of these items to the US, reaching $4.9 billion, up 81.9 per cent over the same period in 2020, accounting for 39.5 per cent of the total value of wooden furniture imports to the US, according to data from ITC.

However, the growth of furniture exports from Vietnam to the US has slowed since July and dropped sharply in August. Meanwhile, Chinese manufacturers are taking advantage of this situation by exporting furniture to the US market via Mexico. Chinese investors may also repeat their strategy of shifting production to Vietnam, as tariffs for most Chinese furniture for the Mexican market have risen since 2018.

According to the Vietnam-China Timber Trade 2015-2020 report by non-profit organisation Forest Trends and timber associations, the growth of China’s wooden exports increases by about 4.3 per cent per year.

However, moving production from one country to another so flexibly is not always possible, especially since the country has also been suffering under pandemic-related regulations. “We have no plans to shift production, and instead plan to expand to meet the growing plywood demand from import markets,” said Cu Duc Hoang Tai, a representative of Junma Phu Tho producing veneer, plywood, and veneer panels. “The company’s production capacity is gradually recovering after the stagnation in April.”

Junma, which accounts for more than 30 per cent of the US plywood market, is having trouble with shipping. Many shippers have to pay a freight rate of more than $10,000 per container to the US. Despite this, the demand for sea freight from Vietnam to the US continues to increase sharply. “Now, we are more worried about how to get our goods delivered on time,” Tai said.

Near the end of the year, the demand increases because construction activities are entering their finishing stages, which then lead to an increase in the US market’s furniture demand. “The number of new orders decreased compared to the same period last year, with some moving to other markets, but so far no foreign-invested enterprise has left Vietnam yet,” said Do Xuan Lap, chairman of the Vietnam Timber and Forest Product Association. 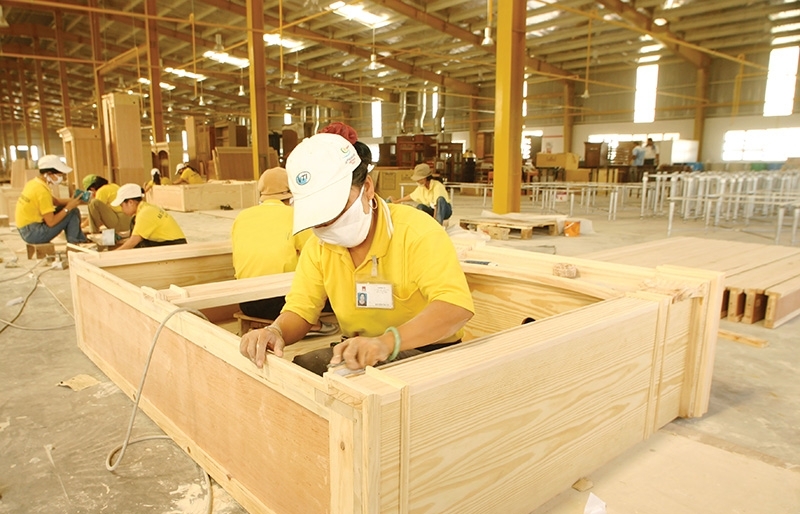 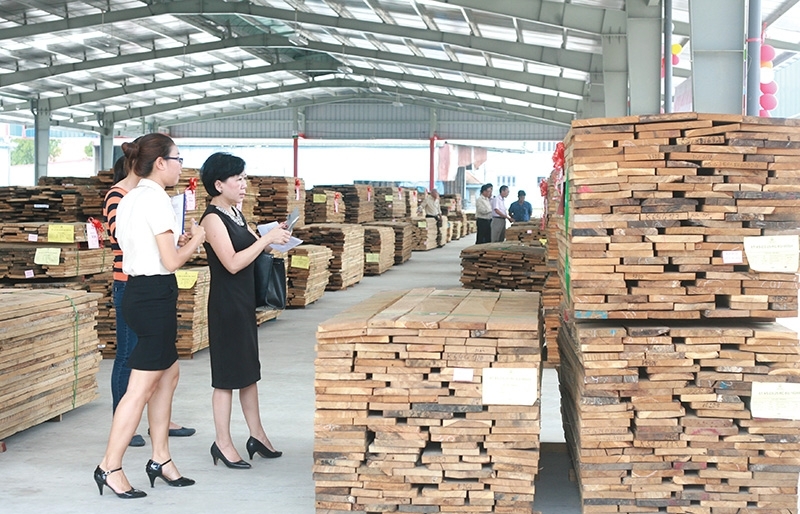 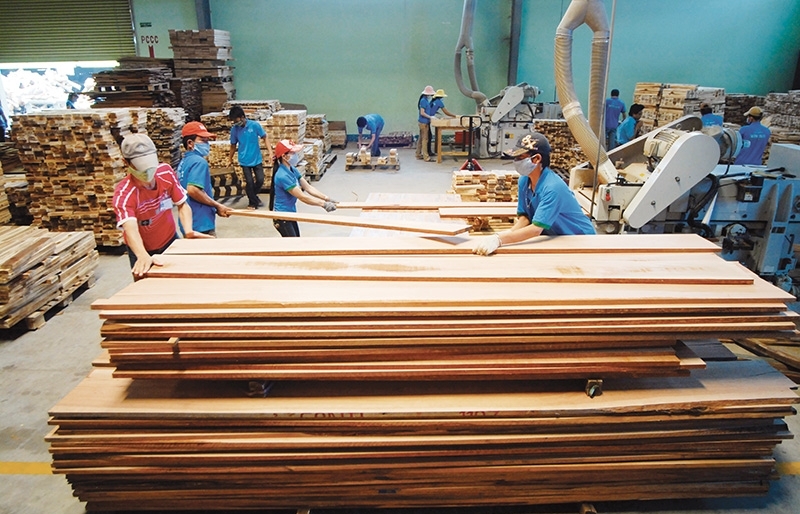 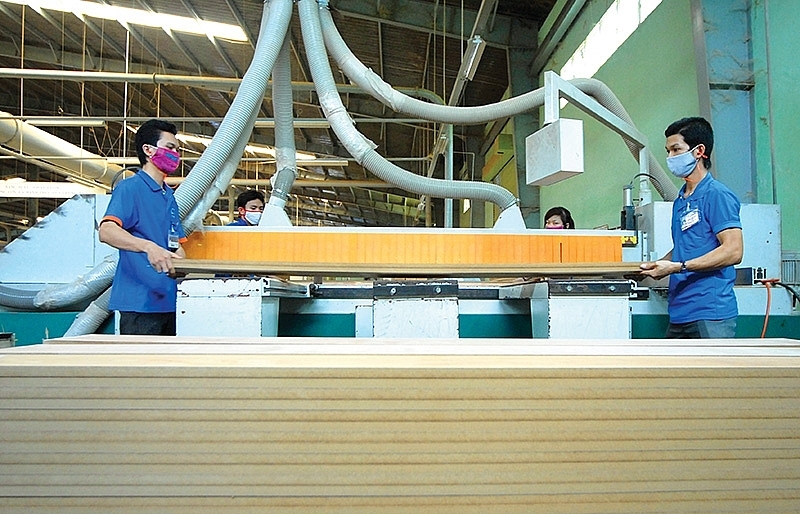 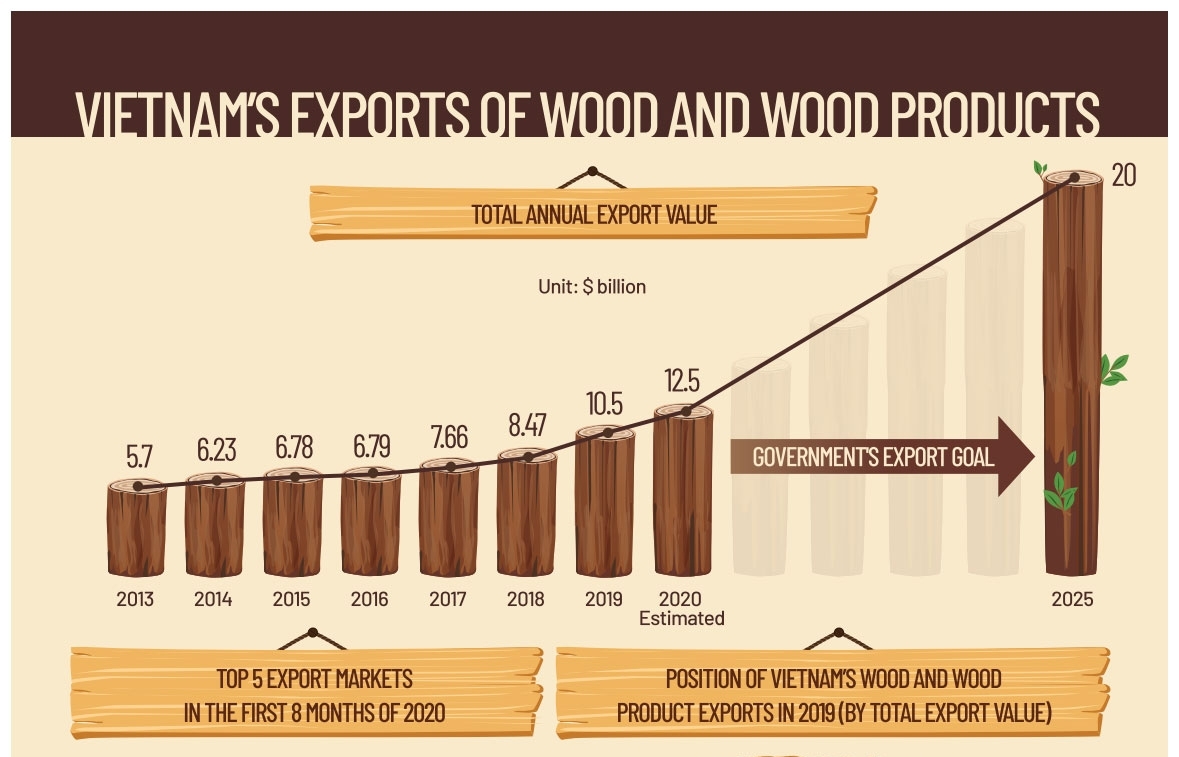 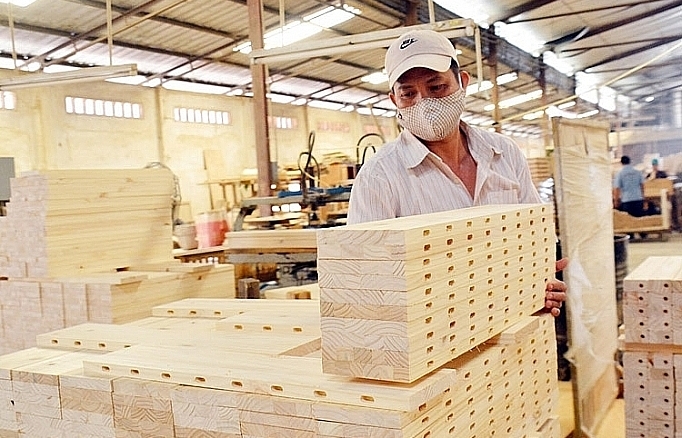