May 20, 2021 | 10:00 (0) user say
Tweet Email Print
As there has not been much time to recover from losses caused by the pandemic last year, Vietnamese labour export enterprises and workers wishing to go abroad continue to worry over the situation.

Two months before the latest wave of COVID-19 broke out in Vietnam, 30-year-old Son from the northern province of Vinh Phuc borrowed more than VND100 million ($4,300) from relatives and friends for a brokerage to prepare the documents for his employment in Europe.

However, according to Son, many European countries did not accept foreign workers, and the broker closed its business and fled with money. Troubles mounted when Son had no job and could not repay his debts. When his wife was about to give birth, Son had no choice but to leave his hometown for Hanoi to find a job.

Two weeks afterwards with no success and little money, and nowhere else to stay the night, he had to sleep at a bus stop while constantly receiving calls and messages from people who wanted to collect debts.

Fortunately, a few days later, Son met a construction worker. The man promised to help and later accepted him as a worker at a facility he managed.

Son said that his wife had just given birth a few days ago, but he did not dare to return to his hometown. “I cried when I saw her face on the phone. Many people told me that I should arrange to visit my wife and daughter, but the debts are still there, and I can’t return if I don’t pay the debts,” Son said.

Others like Son who dream of going abroad to improve their lives have also been driven into a difficult situation. For more than a year now, many labour export enterprises are also in a similar situation to Son’s brokerage, struggling to send people abroad.

Before the pandemic, International Manpower Supply and Trade JSC (SONA) sent about 500 Vietnamese workers each year to Japan, South Korea, Romania, Poland, other European countries, and the Middle East. In 2020, the company sent only 195 people abroad. Currently, there are more than 20 people who have already received the vocational training necessary for their work abroad but still have to return to their hometown and wait as the company’s partners temporarily stopped accepting foreign workers.

Nguyen Duc Nam, general director of SONA, said that to hold out and overcome the unprecedented difficult period, the company must reorient its business strategy, focusing on training and labour lease within the country.

Nam assessed that the situation will be prevalent until the end of 2021 or the beginning of 2022. Even when countries open to welcome foreign workers again, the recruitment demand may be lower and competition fiercer. Therefore, the company determines that it will have to balance the labour export with the new orientation.

Facing the concerns of many businesses and workers, the Department of Overseas Labour said that the demand for recruiting foreign workers in some markets has not decreased but increased in recent times.

Taiwan is a typical market recruiting many unskilled workers in fields related to agriculture, mechanics, and child and elderly care. Since Taiwan has controlled the pandemic, the number of Vietnamese workers going there to work has been at the forefront of labour export markets and is expected to increase soon.

For some other markets such as Japan and South Korea, recruitment is still carried out online and contracted workers will be able to work abroad as soon as possible, though the number of entry permissions is rather limited.

Fields and professions of recruitment in Japan are very diverse and include areas such as construction, nursing, agriculture, processing, electronics, and car maintenance.

In South Korea, workers are mainly employed for manufacturing, agriculture, construction, and fishing jobs. Particularly in the fisheries sector, South Korea is still accepting workers as sailors because this job does not require entry to the mainland, but workers will move by sea to the ships to work as soon as they are recruited.

Nguyen Thanh Nhat, director of GETRACO Co., Ltd.’s Branch in Ho Chi Minh City, said that although the pandemic affects many industries in Japan, in general the demand for recruiting Vietnamese workers has not changed much compared to before COVID-19 emerged.Specifically, the Japanese Technical Intern Training Program every month needs to recruit 30 labourers.

“Although it is currently difficult to leave the country, we are still regularly recruiting interns for various industries, getting ready so that as soon as the flight routes are reopened, people can go abroad immediately,” Nhat said.

Director of Esuhai Co., Ltd. Le Long Son added that of the company’s 2,200 current interns, up to half of them have been offered labour contracts to work in Japan and are waiting to leave the country.

Some businesses also said that their biggest worry right now is the workers’ unwillingness to go abroad.

“Many workers have found other jobs to maintain their lives, so when the routes reopen, we will certainly not be able to call enough of these people back to work. Another group of workers includes those who waited too long and changed their minds. Last year, nearly 100 people paid a deposit then asked to withdraw, making it very difficult for the company,” said Bui Hai Tan, general director of Viet Tri Company.

Meanwhile, many workers reported losing money to intermediaries but could still not work abroad, a representative of the Department of Overseas Labour said, adding that most foreign partners finance the cost of vocational training, so employees only must pay for their living expenses during their studies and expenses related to exit procedures if they are recruited.

However, Vietnamese labour export companies often require labourers to deposit a sum of money in advance for fear that they will give up partway. If they fully complete the training courses and are recruited, the labourers will be reimbursed for training costs. Labourers are also supported in the vocational training if the host country stops recruiting.

To avoid an unfortunate situation like Son’s story, the Department of Overseas Labour recommends that employees carefully research information about both recruitment companies in Vietnam as well as their partners before making a deposit. 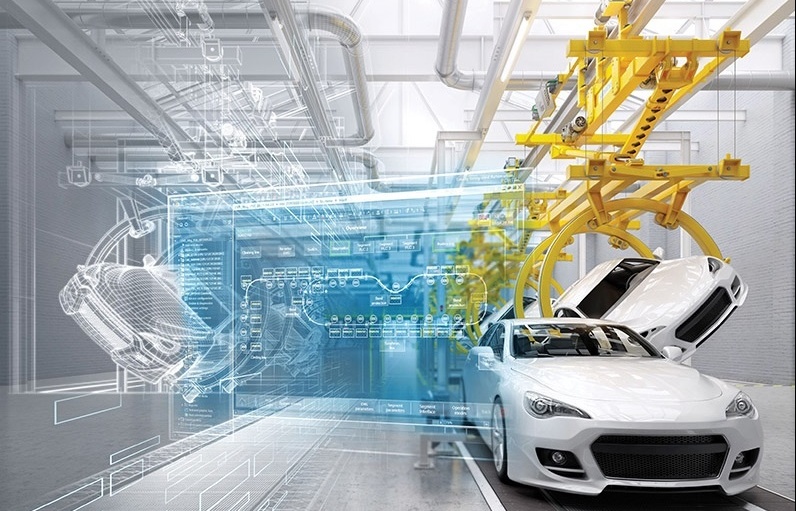