"I want to encourage them to move forward with determination and bravery, because there will not be another opportunity," Tsipras told reporters outside his office, less than an hour after accepting Foreign Minister Nikos Kotzias' resignation.

"I am determined to do whatever I can (to) safeguard the successful conclusion of the historic Prespes agreement," said the 44-year-old leftist premier, adding that he had decided to personally assume the duties of foreign minister.

Macedonia Prime Minister Zoran Zaev faces an uphill battle to secure the necessary two-thirds majority to rename his country North Macedonia, a move aimed at opening a path to NATO and EU membership.

Greece also has a northern province named Macedonia, the heart of Alexander the Great's ancient kingdom.

Many Greeks fear the deal on the table will officially enable Skopje to lay claim to their cultural heritage.

Tsipras said he was "heartbroken" to lose Kotzias, who had helped him broker the hard-fought deal announced in June, and signed in the border Prespes region, after months of talks with Skopje.

A day earlier, Kotzias had clashed in a cabinet meeting with Defence Minister Panos Kammenos, who strongly opposes the Macedonia deal but is a crucial coalition partner for the Tsipras government.

Head of the nationalist Independent Greeks party, Kammenos has repeatedly threatened to defect from the government if the deal is put to a vote in Greece's parliament. That is expected early next year if Macedonia enshrines the name change through constitutional revision.

"The prime minister and several ministers made their decisions in yesterday's cabinet meeting, and I made mine," Kotzias, who reportedly felt slighted by a lack of support from the PM, said in a tweet after his resignation.

Both Tsipras and Zaev have staked major political capital on the name deal, which is strongly promoted by the European Union and the United States, despite strong objections and protests in both of the countries involved.

But Tsipras is also trying to hold his coalition government together ahead of elections scheduled in a year's time. His Syriza party badly trails the opposition New Democracy conservatives in opinion polls.

There is speculation that there could be a ballot as early as May, or if not sooner.

A 67-year-old career diplomat and university professor, Kotzias had held the foreign ministry post since Tsipras' leftist government came to power in 2015 and was one of his most experienced and valued ministers.

In a referendum last month, the name deal was ignored by most of the Macedonian electorate, with two thirds of them choosing not to vote - that has weakened Zaev's hand in the current parliamentary debate.

Those opposed to the name change have argued that the referendum should have required a minimum 50-per cent turnout for it to be considered valid, but Zaev has said the vote was only consultative. 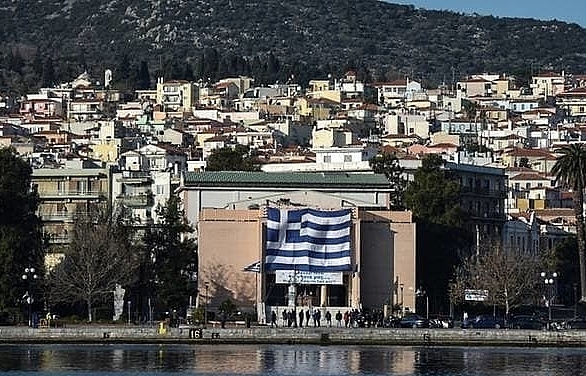