July 23, 2021 | 19:40
Tweet Email Print
Sexual harassment is present in workplaces all around the world and is often normalised. It is a significant obstacle to women’s equality in the workplace and their advancement to leadership positions. Because of its disproportionate impact on women, sexual harassment may exacerbate already existing gender gaps in the world of work, including the pay gap and the gap in labour force participation of women.

Sexual harassment at work is a manifestation of unequal power dynamics most often, if not always, between men and women – though this is not to say that women cannot be perpetrators and men victims. Men frequently occupy more senior and better-paid positions, leaving women more vulnerable to sexual harassment precisely because they lack power, are in more insecure positions, may lack self-confidence, or have been socialised to suffer in silence.

Embarrassed and afraid of losing their job, most victims keep silent when sexually harassed in the workplace. Patriarchal behaviour, archaic views of female subjugation and male dominance, misconceptions about female sexuality, and a lack of respect for women’s rights all contribute to sexual harassment.

The most recent governmental code to address sexual harassment in Vietnam is the Labour Code 2019, which entered into force on January 1 this year, giving a clearer legal definition to the term “sexual harassment” and making clear that sexual harassment in the workplace may be disciplined. The new Labour Code stipulates the four levels of labour discipline which can apply to any offence, involving sexual harassment: (i) reprimand; (ii) delay of a wage increase for up to six months or removal of the offender from his/her position; (iii) demotion, and (iv) dismissal from employment.

This legislation is a very positive step towards to eliminating sexual harassment in the workplace. However, the code does not state what specific acts constitute as sexual misconduct and leaves it to organisations’ Internal Labour Regulations to define sexual misconduct.

A report by the International Labour Organization (ILO) in 2018 showed that women working in lower-paid jobs and in informal sectors, particularly in the service industry, are more likely to experience workplace sexual harassment.

Particularly in the garment industry, according to Better Work Vietnam, over 80 per cent of workers were women in 2018. The women in this industry experience a significant power imbalance that makes it even more dangerous to speak out against sexual harassment as they may lose their jobs. Findings from this report also point towards those who are financially dependent being at most risk. Young female workers, for example, are common targets.

Women working in low-ranking positions are particularly susceptible to sexual harassment, where they are subordinate to or dependent on the harassers and feel the need to endure the harassment so that they can keep their jobs.

Typically, male-dominated industries such as agriculture, construction, and STEM learning fields view sexual harassment as normal behaviour and are therefore particularly inadequate at preventing it.

The harassment being borderline acceptable in male-dominated industries makes a disproportionate number of women feel unwelcome, uncomfortable, or intimidated at work, or even forces them to quit, essentially acting as a kind of sex discrimination. Allowing it to continue is abetting the barring of women from joining these occupations or advancing in these industries. Sexual harassment is the worst symptom of gender inequality in society and the world of businesses, taking away and deterring valuable talent and work away from the industry.

For these reasons, sexual harassment is considered as a serious form of sex discrimination. The ILO’s Committee of Experts on the Application of Conventions and Recommendations has emphasised that sexual harassment should be addressed within the requirements of Convention No.111 on the elimination of discrimination and promotion of equality in employment and occupation.

It is unfortunate that sexual harassment is normalised and tolerated and too often brushed off as teasing or joking within workplaces and society. If the male power and privilege which exists in most workplaces was used to support women’s empowerment, workplaces would be much safer for women, and businesses would be much more productive.

In addition to the effects on individual workers, harassment can also have a major effect on an organisation, affecting both the performance and the morale of the whole workforce. Therefore, eliminating sexual harassment in the workplace, besides being the right thing to do, is beneficial for organisations.

When sexual harassment occurs, we must enhance our response. Workplaces must prioritise the victim’s wellbeing and give assistance throughout the complaint process. Even if victims do not file a formal complaint, businesses should be on the lookout for patterns and systemic concerns disclosed informally.

More steps towards eliminating sexual harassment should be taken up by organisations, such as training. By introducing specific emphasis on workplace activities deemed “acceptable” and “unacceptable” businesses may prevent situations where workers have differing subjective opinions of what constitutes proper behaviour.

Setting clear expectations regarding what is and what is not acceptable is an important early step in preventing and eliminating altogether this toxic practice and promoting justice at work. The new legislation is a timely reminder of organisations’ responsibilities to develop the required policies, codes of conduct, disciplinary action, and training that provides a safe space for women to pursue fulfilling careers and to contribute fully to their employers and the economy. 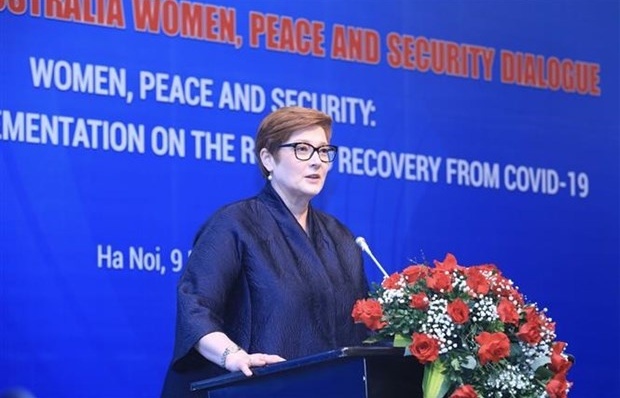