A report by DKRA Vietnam shows that in the first six months of the year, large and well-planned urban areas by reputable developers have very positive absorption rates.

The market has recorded strong price fluctuations but the primary selling price has tended to increase. Data from batdongsan.com.vn shows that the price of adjacent villas in the eastern and southern areas of Ho Chi Minh City in April increased by 25 to 35 per cent over the same period last year. Some locations have set new price records such as Ho Chi Minh City with the highest price offered standing at $30 million per unit or Dong Nai province with $4.6 million per unit.

According to experts, the segments of landed villas and townhouses will certainly grow stronger in satellite cities because the central land fund for developing land-house projects is limited and the development process is challenging and complicated.

In addition, the infrastructure and ring roads being constructed will also refresh the appearance of the whole region, especially the connection between Ho Chi Minh City and the under-construction Long Thanh Airport which is attached to the current Ho Chi Minh City-Long Thanh expressway.

Aimed to begin its first phase in 2025, thousands of engineers and workers are rushing to construct under the strict direction of the government and authorities. Once completed and put into operation, Long Thanh International Airport will become a hub for inter-regional and regional passenger transit and trade, and at the same time, create a driving force for the formation of modern urban areas, shopping, tourism, and entertainment centres.

In 2023, two other important transportation projects – the Vam Cai Sut bridge and the Huong Lo 2 road – are expected to be finished and will create a strong push for the development of an economic corridor along the Dong Nai river. In the near future, the Bien Hoa-Vung Tau expressways and the National Highway 51 expansion projects are expected to add huge growth impetus to this eastern area.

As a result, satellite real estate markets with lower prices that are close to the city centre and transportation will benefit. The desire to find a high-quality spacious and close-to-nature living space also motivates settlers and investors to look for new potential projects.

The attraction of smart eco-urban areas

Located right at the east alley of Ho Chi Minh City, the 1,000-hectare ecological urban area Aqua City is becoming a focus for real estate capital flows from both the south and the north. Nguyen Doan Duc, an investor from Ho Chi Minh City, was seriously impressed by the scale of the project when he arrived at Aqua City.

"Aqua City is among the largest real estate projects in Ho Chi Minh City," he shared.

As an expert working in the financial field and having had the opportunity to travel to many major financial centres around the world, Duc said that the impressive highlight of the houses in Aqua City is their river-front view.

“I most like the river-view villas and the limited products on major roads like shophouse. Currently, I have decided to invest in two boutique apartments on Huong Lo 2 in Aqua City because their location is so great," said Duc.

Duc added that he has a lot of friends who want to invest in Aqua City. “It is not only me, my friends also hope to live in Aqua City soon to enjoy this wonderful and civilised living space”, said Duc excitedly.

At the same time, another main attraction for Aqua City which brings confidence to investorsis the guaranteed construction schedule that ensures it will be ready to welcome the first residents by the end of this year.

Another investor, Nguyen Van Dat from Nam Dinh province said, “Aqua City is transforming every day so I believe the project will attract residents to live here very soon. At first, I only intended to invest but after experiencing this urban landscape, I decided to keep a unit for long-term settlement.” 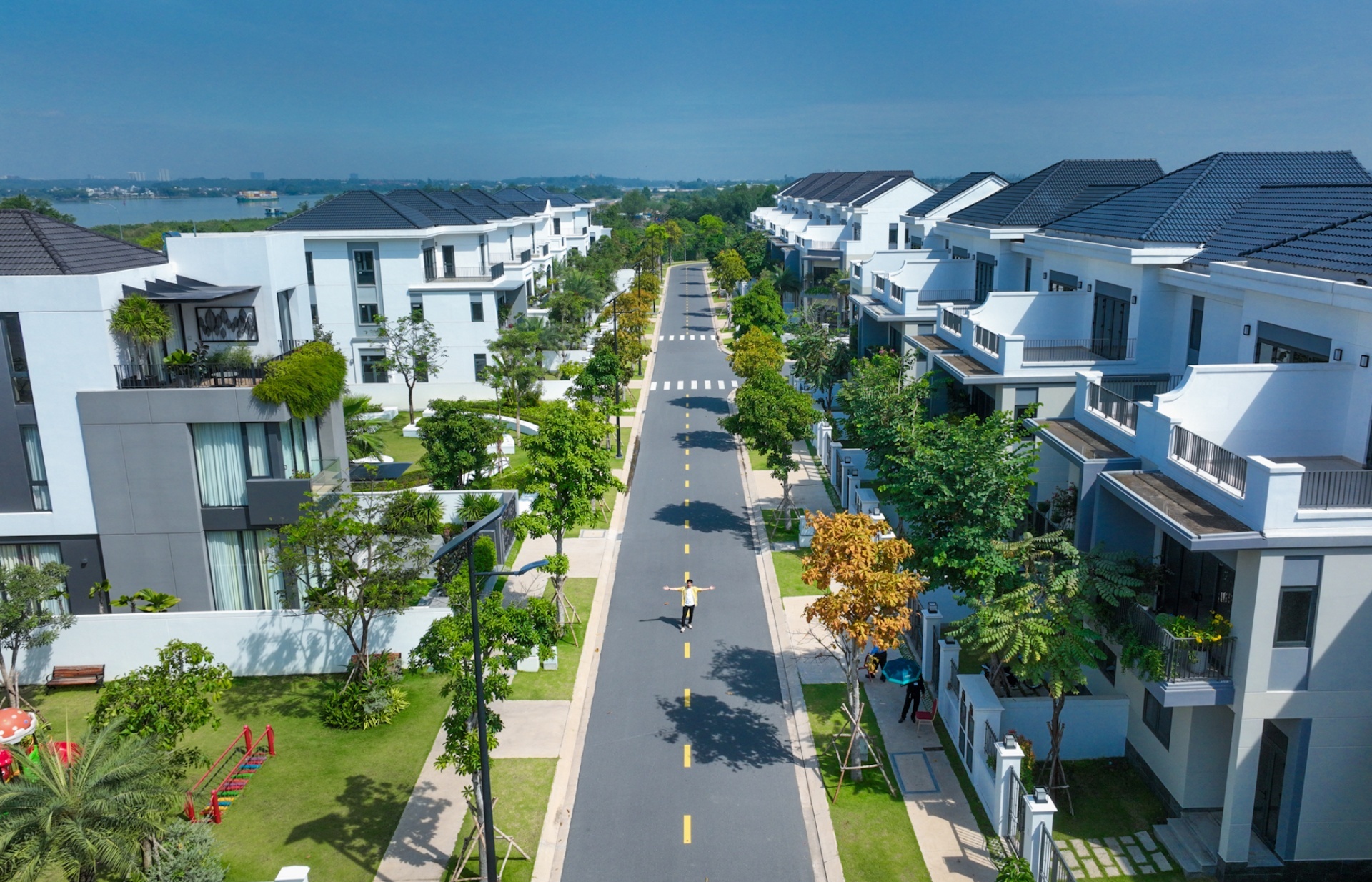