Drawing up plans to buttress recovery

June 06, 2021 | 08:00
Tweet Email Print
The ongoing fight against the COVID-19 pandemic has led to huge demands for capital for Vietnam to support local production. The country is cementing cooperation with the international community to fuel its efforts, amid expectation of a continued deficit in the state budget.

For over a year now, the government has been deploying drastic measures to support businesses as the world struggled to get to grips with the coronavirus pandemic. The State Bank of Vietnam has deployed assistance worth VND180 trillion ($7.82 billion) for enterprises and households, in the form of debt payment deferral and preferential loans.

On April 19 this year, the government signed and issued Decree No.52/2021/ND-CP on extension of time limits for payment of VAT, enterprise income tax, personal income tax, and land rental in 2021. The total size of the package was estimated at VND115 trillion ($5 billion). The World Bank said if implemented well, this fresh policy could help businesses and households maintain their economic activities, particularly in tourism, which remains at a near standstill.

However, according to experts, such financial solutions are “never sufficient” because COVID-19 will continue causing incalculable damage to the economy, forcing the government to devise inclusive measures.

“There has not been sufficient fiscal support from the government. The support was mainly in the form of deferral of taxes and land rental, and the size of the support remained modest,” Andrew Jeffries, country director for Vietnam of the Asian Development Bank (ADB), told VIR. “For some businesses that were heavily affected by COVID-19 with revenue deterioration and no profit, deferral of VAT and corporate income tax have less impacts than the tax cuts.”

Consequences caused by COVID-19 have forced the country to pour a great deal of money into both eradicating the pandemic and spurring on economic recovery, especially given the limited state budget.

A number of high-profile international organisations have proposed support for the country to reach this target. Immediately after COVID-19 broke out in early 2020, the World Bank Group shared a series of five policy notes with Vietnamese policymakers, especially the prime minister.

A World Bank source told VIR that best practices were shared with the government to shape its policy response, from health crisis management to stimulating the recovery of the economy and taking advantage of long-term opportunities emerging from COVID-19.

The first note proposed an early assessment of the pandemic on the economy, while the second developed a comprehensive strategy to cope with the crisis over time. The third focused on the fiscal package announced by the government in April 2020, with the ambition to alleviate the financial burden of the crisis on the most vulnerable businesses and people.

A number of recommendations were taken into consideration by the government including the adoption of safety nets to protect the most affected businesses and people, the speeding up of the digitisation process by firms and government agencies, and the acceleration of the public investment programme that was viewed as the main instrument to jumpstart the economic recovery, leading to a positive GDP growth rate of 2.91 per cent in 2020, according to the World Bank.

On the financing front, in April last year, the World Bank Group announced a set of emergency support operations for developing countries around the world, using a dedicated, fast-track facility for COVID-19 response, and has set aside $160 billion to support related measures to help countries respond to immediate health consequences of the pandemic and bolster economic recovery.

“As part of this package, an envelope of $12 billion was earmarked for purchase and distribution of vaccines, in addition to regular financing to activities such as research and production of vaccines. Vietnam was eligible for $50 million from this source,” said the World Bank source.

Meanwhile, the ADB has also been offering Vietnam its financial packages. “The ADB stands ready to disburse about $400-500 million for loans already signed between it and the country,” a source from the ADB in Vietnam told VIR. “In the time to come, it is expected that the bank will offer Vietnam another package worth about $500 million. However, the bank’s board of management has yet to approve this package, and the Vietnamese side has also yet to show its interest in it.”

Official negotiation about this package has not been conducted yet, and the bank will continue working with Vietnam about the package.

In March 2020, the ADB announced an initial $6.5 billion package to address the immediate needs of its developing member countries as they respond to the pandemic. It is now proposing to expand its response by making available additional regular ordinary capital resources up to $13 billion to finance countercyclical expenditures and allocate additional grant and technical resources, increasing the total scale of the response package to about $20 billion.

Along with the World Bank and the ADB, the International Monetary Fund (IMF) is also providing financial assistance and debt service relief to its member countries facing the economic impact of the pandemic. So far, the IMF has provided financial assistance to 85 countries amounting to approximately $110 billion. For Vietnam, it has continued to provide policy advice and technical assistance.

Adam Sitkoff, executive director of the American Chamber of Commerce in Hanoi, also told VIR, “I think the government has enough money to fight the pandemic. Many private companies will help pay for vaccines if the government can move forward quickly and get proven vaccines to the people.”

According to the Ministry of Finance, the economy enjoyed a $3.52 billion surplus in the state budget in the first four months of this year. Last year, the nation suffered from a total state budget deficit of $11.87 billion.

This was due to the ongoing pandemic causing a decline in businesses’ performance, making it difficult for them to contribute to the state coffers, and because of the government’s application of policies on supporting healthcare, production, and social security.

Policies on deferred tax payments and directly supporting businesses and the public have also mounted to tens of billions of US dollars.

Experts said if Vietnam has more policies to assist enterprises and the public, there will be a big dent in the state budget as the country would need tens of billions of US dollars for its fight against COVID-19 and supporting enterprises.

The government recently sent a report on the national budget to the NA, stating that as of late 2020, the economy’s public debt was equivalent to 55.3 per cent of GDP, in which foreign debt held 47.3 per cent of GDP.

In the context of tariff reduction from Vietnam’s commitments within various free trade agreements and the decrease of revenue from oil which may affect the government’s revenue, official development assistance and concessional lending therefore remain critical financing sources for Vietnam to maintain the strong growth momentum, the source continued, which in turn provides more opportunities to reduce public debt and improve the quality of fiscal consolidation which would not have been carried out otherwise. 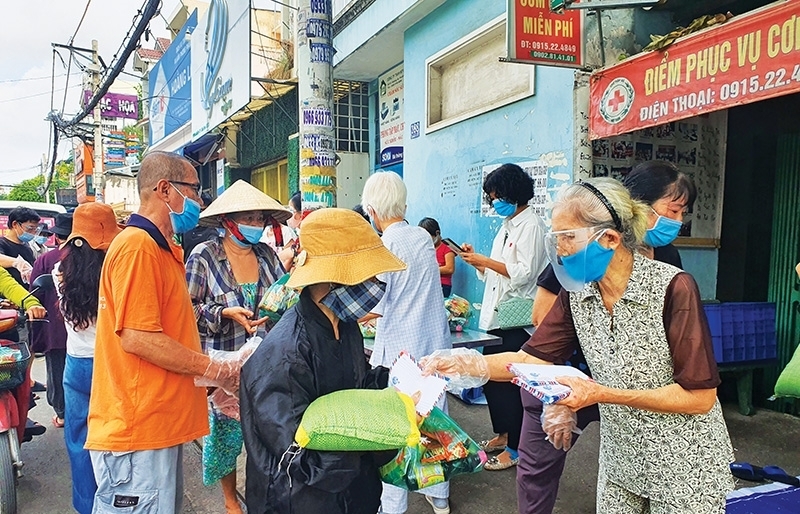