April 23, 2021 | 10:00 (0) user say
Tweet Email Print
Ethnic women in Dao, Tay, and Xa Pho villages are challenging stereotypes by taking their economic empowerment into their own hands. With crucial help through education and local women’s unions, the women are turning their families’ lives around for the better and are improving views on women in their communities.

Having married at 17, Luong Thi Dan’s (33) life has been revolving around her two children and the kitchen for the past 15 years. As a woman from the Xa Pho ethnic group in Dong Ve village of Lao Cai province, she had never set foot outside Van Ban district.

However, her life turned around for the better three years ago when she joined a ramie group – an economic development project launched by the district Women’s Union with help from the Australian government’s Gender Responsive Equitable Agriculture and Tourism (GREAT) project to raise up women through financial independence and addressing the backward stereotypes still abundant in rural and remote areas.

The ramie planting project supports local women with training on plantation and organisation to grow ramie, a plant commonly used as textile material that generates many times the economic value of food crops, as well as gender equality.

Since 2019, Dan has participated in many training courses to learn about new economic models, gender issues, and cooperating with other women in the village. The lessons payed out not in her newfound financial independence, but also endowed her with a sense of being stronger and more valuable. She can now cover her children’s tuition fees from her own earnings, take care of her family, and even plan for things she never dared to dream about before – like rewarding herself with her first-ever trip.

Dan’s story is just one of the threads showing subtle changes in the social weave of ethnic minority communities in Vietnam. More and more women are now taking the initiative to grow from shy and marginalised bystanders into a person of their own. Backward stereotypes that have been holding back not only women but entire communities like the complete financial dependence on the husband or women being inferior are being addressed and rolled back on a growing scale – by women who dare to take the first step.

Proving that poverty needs not be a threat looming over their heads every day and that it can be replaced with the optimism of learning, growing, and changing, pioneer ethnic minority women like Dan are becoming role models for their entire communities.

The right to make decisions

As one of the first six households in Dong Ve village to participate in the ramie planting project, Luong Thi Dien (58) said at first she was very worried about the true efficiency of this cultivar. However, in the past three years, the ramie crop has earned her family thousands of dollars each year – and transformed her from a shy woman who did not dare to speak to crowds into the leader of the ramie group in Dong Ve village, now counting 30 households.

Her greatest delight was not the money, but her newfound connection to the women and the narrowing gap between men and women in Dong Ve village – not only from the enjoyment of the fruits together, but from the higher regard earned from men by the women’s work and learning.

While the ramie plantation project primarily targets women’s economic development, allowing them to be the main participants in planting and taking care of the crop. However, men are nowhere near barred – and males from all 30 households participate in production now, assuming a supporting role.

“Under the project, women can join training courses, learn about selling, marketing, and are invited to speak more,” shared Dien.

As for Hoang Thi Hue, a Tay woman living in Ma village, Khanh Yen town, wrapping banh chung (traditional sticky rice cakes) has gone from a part-time job into a full-time profession with support and sponsorship from GREAT and her household’s main source of income, helping them escape poverty and even generate wealth for the larger community.

Hue said that in the past, she prepared a few dozen banh chung each morning to sell to local shops, earning around VND2-3 million ($85-130) per month. In 2018, seeing the increasing popularity of her products, Hue has decided to expand her little side business – and now sells 300-400 cakes a day. Some of her cakes have even appeared on the shelves of minimarts in Hanoi and neighbouring provinces.

With her successful business, Hue can now afford a TV, refrigerators, and a washing machine, and visit the places she had always wanted to see, and could even remodel her home. She could even employ 10 other local workers, paying them VND3-6 million ($130-260) a month. Her banh chung business has gradually made her the breadwinner of the family and her opinions are also heard and respected more than before. Under her persuasion, her husband also gradually gave up farm work to spend more time helping her business.

As household finances improve through the labours of female members, ethnic minority men and women are slowly but surely sloughing off backward stereotypes and traditions like child marriage, the pressure for women to have many children at a young age, or for them to submit to men.

Growing up in a Dao family with three sisters and a younger brother, Dang Thi Dien, currently living in Phuong Cong village, understands the struggles of a large family and children. Her father died early, so from the age of 12-13, she had to follow her mother to work as a labourer. At 15, she had to drop out of school due to her family’s financial difficulties. She got married at the age of 17 and now has two daughters, an 11-year-old and a 5-year-old. She got married early because she thought that there would be more people to share the housework, but if she could choose again, she would rather go to school.

“I don’t want to walk the same path as my parents. I don’t want my children to have a childhood like mine. Although many people are urging us to try for a son, we have agreed with my husband that are our two daughters are enough. We will not keep trying. Instead, we will make make sure our girls have all the conditions to be fully educated,” Dien said.

Many ethnic minority women in Van Ban and across Vietnam are gradually seeing positive changes in their power. Instead of looking for approval from their husband, family, or the community first, they now actively negotiate and share their opinions, especially in matters of finance and children.

According to Vi Thi Loan, vice chairman of the Women’s Union of Van Ban district, the notions of women being inferior to men or the absolute need to have a son still exist, especially among upland ethnic minority communities. However, through gender equality campaigns and regular activities at women’s clubs, these prejudices are slowly being eliminated.

By taking part in training courses sponsored by GREAT, the young Tay, Dao, and Xa Pho women in Van Ban have been receiving new notions that break with tradition. Now they see equality as not simply a 50-50 division of the work and responsibilities with the husband – it is more about empowering everyone to do what they love and are best at. 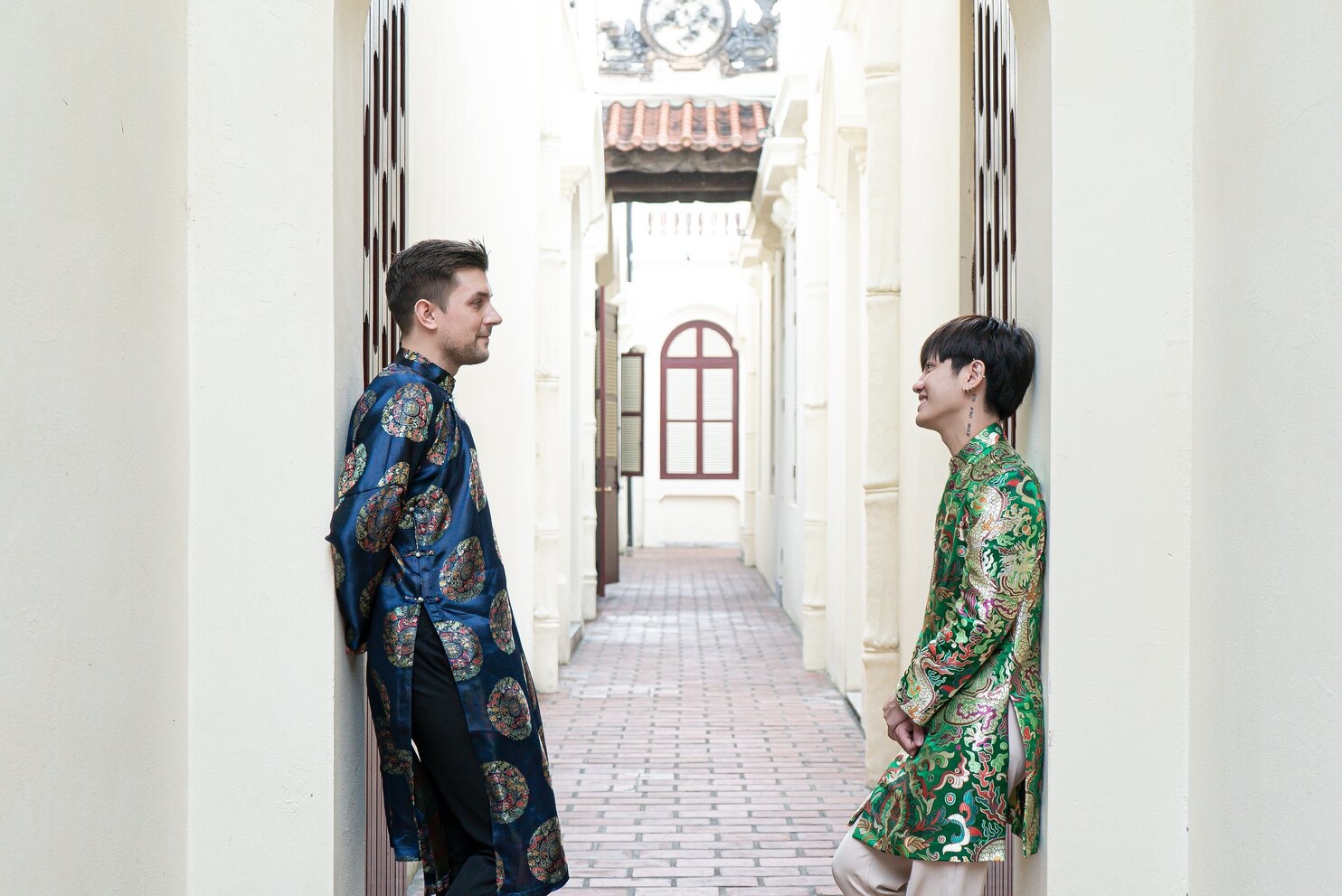 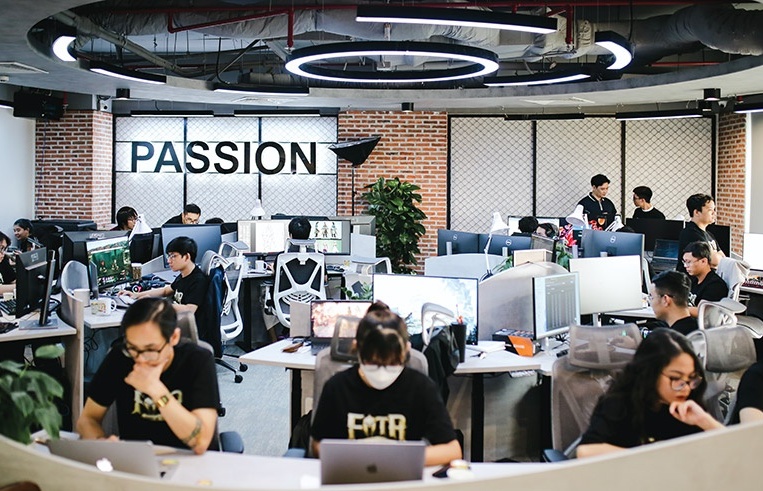