July 12, 2022 | 09:00 (0) user say
Tweet Email Print
Vietnam’s economic growth is expected to stay at a positive level this year on the back of a national gigantic support package and normalisation of activities within the country.

The Executive Board of the International Monetary Fund (IMF) has concluded a consultation with Vietnam on the country’s macroeconomic policies. The board stated that a recovery in the country “is underway and high-frequency indicators pointed to stronger momentum going into 2022, with rising retail sales, industrial production, and firm entry.”

The board projects the economy to grow by 6 per cent in 2022 and 7.2 per cent in 2023, the IMF added last week. This forecast assumes continued vaccine effectiveness, abated supply disruptions, and effective implementation of the country’s Programme for Socioeconomic Recovery and Development.

Early this year, the National Assembly (NA) approved a significant support package for 2022-2023, estimated at 4.1 per cent of GDP, or around $15 billion. This package is used to implement the programme.

Credit support measures include interest rate subsidies for household businesses and firms, and the possible extension of loan forbearance and other regulatory measures as needed. In tandem, a broad reform agenda is expected to cover climate change, digital transformation, innovation, financial inclusion, business climate, education, and the labour market.

The Ministry of Planning and Investment (MPI) last week reported to the government that the economy has been recovering quite strongly, with GDP estimated to grow 7.72 per cent on-year in Q2 – the highest Q2 growth level since 2011.

The 6-month rate is estimated to increase 6.42 per cent on-year, which is higher than the estimated rates of 5.1-5.7 per cent on-year in the initial scenario set out early this year. “Based on positive economic results in the first half of 2022 and forecasts for the latter half of the year, it is proposed that the economy’s growth rate will be 7 per cent for the whole year, higher than the 6-6.5 per cent target assigned by the NA and set out by the government, in order to create momentum for economic growth of 2023,” stated MPI Minister

Singapore-based United Overseas Bank has revised up Vietnam’s 2022 GDP growth forecast to 7 from 6.5 per cent, assuming no further severe domestic disruptions from COVID-19, and projected growth of about 7.6-7.8 per cent in the last six months of the year.

According to the General Statistics Office, the added value of the industrial sector in the first half of 2022 is estimated to increase 8.48 per cent on-year, with 6.97 per cent for Q1 and 9.87 per cent for Q2. 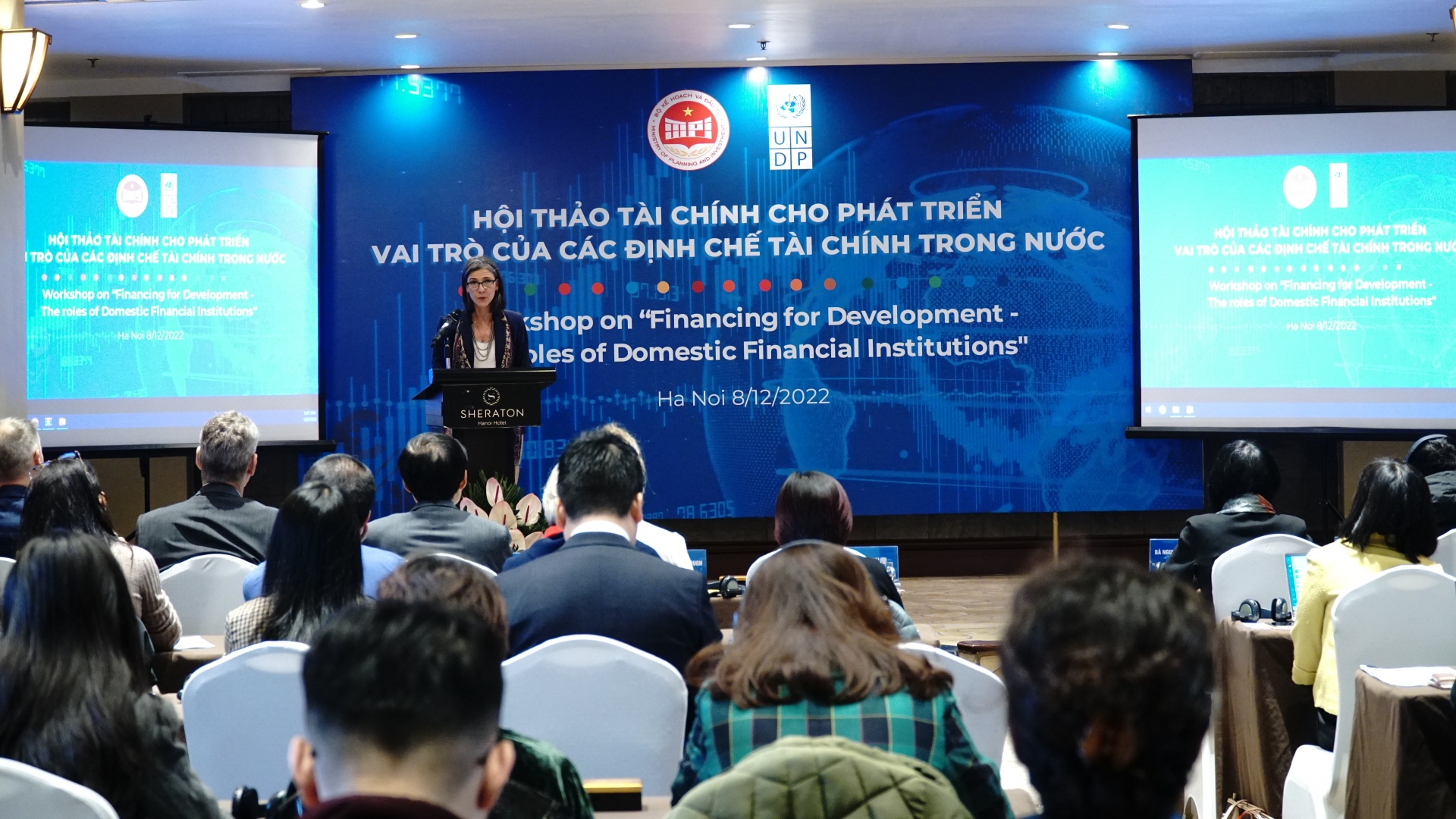