June 14, 2022 | 10:00 (0) user say
Tweet Email Print
In a bid to continue ensuring the country’s financial healthy situation, the National Assembly and the government have continued underscoring stringent management of the state budget as a solution to continue ensuring a safe public debt level.

The government last week told the National Assembly (NA) that from now until the year’s end, it will “intensify more examinations and inspections, and strictly punish all violators of state budget management.”

“The inspections will be focused on some key sectors including management of land, natural resources, and minerals; public investment; management and use of public assets; and equitisation of state-owned enterprises (SOEs),” said Minister of Finance Ho Duc Phoc.

Meanwhile, the National Assembly Economic Committee (NAEC) also noted that in 2022, there will be strengthened management of and intensified fight against transfer pricing, tax evasion, and trade fraud.

The government and the NA have required ministries, agencies, and localities to have plans on reviewing state funding, in order to gather the money for economic recovery and development.

At least 50 per cent of costs for organising conferences and trips abroad by ministries, central agencies, and localities must be reduced – except for costs for fighting the pandemic and implementing diplomatic activities. No money is provided for unnecessary activities, and it is necessary to further strengthen the financial and state budget discipline, with radical thrift in recurrent spending.

The government reported that last year in Vietnam, about 6,800 administrative inspections and over 177,000 specialised inspections were carried out, uncovering a total economic violation of $7.78 billion; and mismanagement and misuse of over 9,250 hectares of land. Authorised agencies have withdrawn $773.9 million for the state coffers and 811ha of land so far.

Additionally, administrative sanctions have been imposed on over 2,340 organisations and nearly 6,250 individuals. About 435 cases will continue facing probes, involving 260 people. All of these strict measures are aimed to make the use of the state budget become more transparent and effective, and also help continue ensuring a safe level of public debt for this year and beyond, according to the Ministry of Finance.

The General Statistics Office reported that in the first five months of this year, total state budget revenue reached $35 billion – up 18.7 per cent on-year. Total state budget spending stood at an estimated $25.61 billion, up 3.7 per cent on-year and “ensuring capital demands for socioeconomic development, national defence and security, state management, and payment of due debts.”

However, commenting on the structure of the 4-month revenues of $28.6 billion, which was up 15.4 per cent on-year, the NAEC said that revenue from production and business activities increased only 5.4 per cent, “meaning enterprises are still bogged down in difficulties.” Revenue from land use and crude oil exports expanded 37.5 per cent on-year. The ratio of revenue from crude oil exports and land use accounts for 13.75 per cent of the economy’s total state budget revenue in the first four months of this year.

“Moreover, revenues from SOE equitisation remains humble. In the first four months of this year, total money collected from the equitisation and capital divestment was a mere $85.65 million, equal to just 6.5 per cent of the initial estimates,” said NAEC Chairman Vu Hong Thanh.

Last year, Vietnam saw the capital divestment of only 18 SOEs having a book value of $72.6 million, with a collected revenue of $191.3 million. Four SOEs had their equitisation plans approved, including three from Vietnam Northern Food Corporation and Vietnam Coal and Mineral Industries Group, with a total corporate value of $14.48 million.

Minister Phoc cited many as saying that last year, revenue from land use reached over $8 billion or 11 per cent of total budget revenue, and revenue from crude oil exports hit $1.91 billion or 2.9 per cent.

Minister Phoc told the NA that Vietnam’s public debt is staying within a permissible level set by the legislature.

As of December 31, 2021, the economy’s public debt was tantamount to 43.1 per cent of GDP; the government’s debt was 39.1 per cent of GDP worth $362.6 billion, and the nation’s foreign debt was about 38.4 per cent of GDP. These rates were all lower than the permissible limits set by the legislature.

Meanwhile, Deputy Prime Minister Le Minh Khai on April 12 released Decision No.448/QD-TTg approving Vietnam’s programme on public debt management for 2022-2024 as well as a strategy on public debt borrowing and payments for the remainder of this year.

The prime target is ensuring sufficient loans via diversified sources of capital and borrowing models both at home and abroad, in order to meet the demand of balancing the state budget, including loans for implementing the nation’s Programme on Socioeconomic Development and Recovery backed by a $15 billion fiscal and monetary policy.

The government also aims to “closely control debt safety norms, ensuring it stays within the limit permitted by the NA,” said the decision.

“It is necessary to take the initiative in debt payment with overdue debts not allowed to happen as it will affect the government’s international commitments,” read the decision. 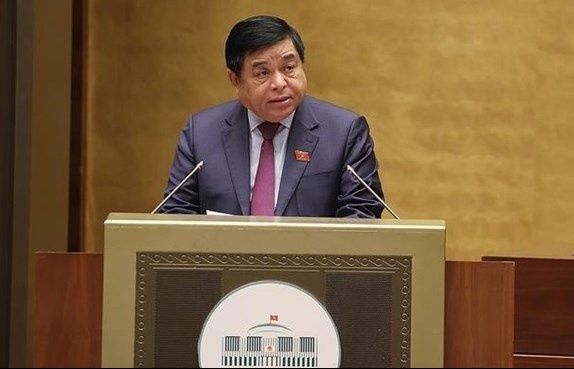 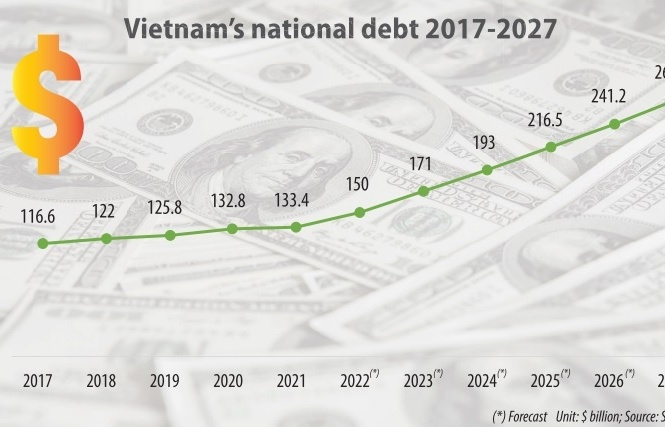 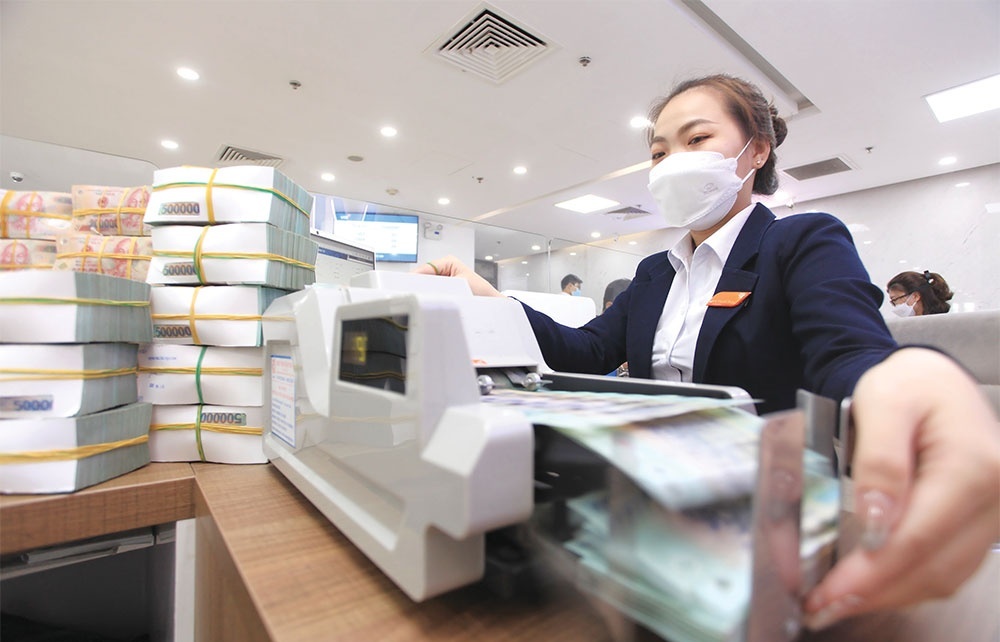 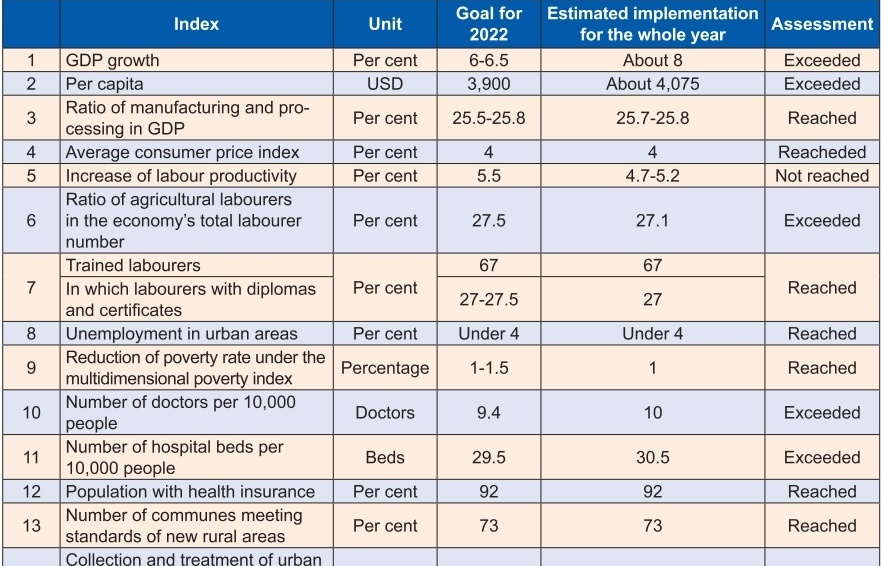 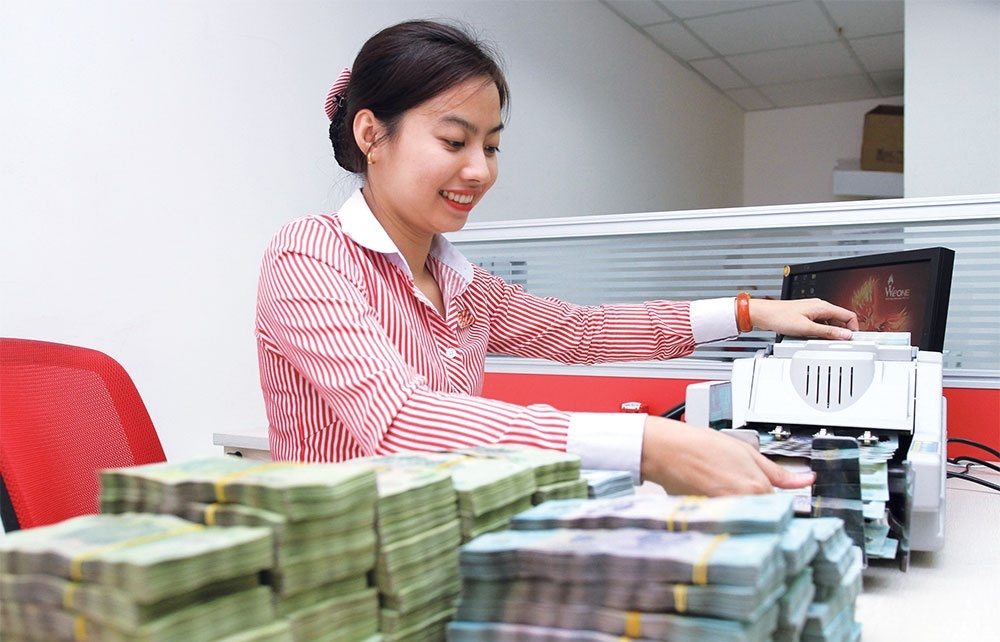