October 17, 2011 | 15:00
Tweet Email Print
Coffee and pepper farmers in the Tay Nguyen region (Central Highlands) are expanding their fields into unzoned areas as market prices rise for their products.

But the region's Agro-Forestry Scientific and Technical Institute said farmers had planted 16,000 ha of coffee trees during the rainy season, expanding to 498,365 ha, despite warnings from Government agencies.

Under the national plan, the region would have an annual output of nearly 1 million tonnes of high-quality coffee, or 90 per cent of the country's total coffee output.

In some areas, farmers are destroying natural forests to plant coffee trees. Similarly, the area under pepper cultivation has increased to 20,000 ha, up 4,000 ha against last year. Dak Lak and Lam Dong provinces have the largest new coffee areas, while Dak Nong province has the largest new pepper area. In Ma D'Rak and Ea Sup districts of Dak Lak farmers are cultivating all areas while coffee trees are normally planted in rich basalt soil only.

Dak Lak plans to have 4,900ha of pepper by 2015. The province's pepper area now stands at more than 6,000 ha. Many farmers are also using coffee and pepper seedlings that have no clear origin and are unhygienic, causing disease outbreaks in coffee and pepper cultivation areas.

In the last dry season, coffee in unplanned areas died or did not grow well, creating huge losses for farmers. 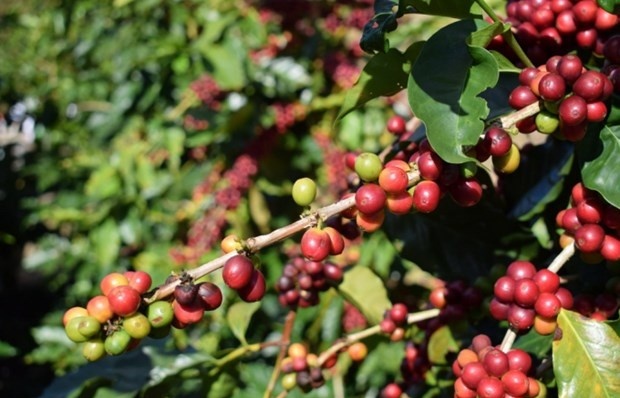