September 16, 2021 | 20:33 (0) user say
Tweet Email Print
Learning from the lessons of the previous feed-in tariffs that caused the domestic solar power market to be oversupplied, the Ministry of Industry and Trade is currently drafting a new policy to lay the foundation for a more sustainable development approach in the sector.

The Ministry of Industry and Trade (MoIT) is drafting a new regulation on a mechanism to develop renewable energies, including rooftop solar power. The new policy for this type of energy will no longer have feed-in tariffs and fixed preferential prices for the next 20 years. This was stated by Pham Nguyen Hung, deputy director of the MoIT’s Electricity and Renewable Energy Authority at an online talk on August 30, on removing difficulties for rooftop solar in industrial zones.

“We are discussing the tariff of electricity,” Hung said, “and its selling price will follow the annual solar price bracket issued by the MoIT to ensure market closeness, the coverage of costs, and the recovery of investors’ capital, while also harmonising electricity purchases from Electricity of Vietnam (EVN).”

One of the new points of this draft is that rooftop solar power projects are not limited to a capacity below one megawatt peak like in previous regulations. Instead, the capacity will be larger, possibly up to 7-8MWp, and there would be no need to invest in additional grids to serve rooftop solar power projects, thereby avoiding losses and congestion of the national transmission grid.

The draft also sets out an on-site self-use rate of 70-90 per cent for projects, in order to reduce investment pressure on the power grid and transmission lines. In addition to the self-consumption rate, the excess electricity can be sold to EVN.

Le Anh Vu, director of Source Energy Co., Ltd., said that after the decision on the incentive mechanism for the development of solar power in Vietnam expired, Source Energy refused to install many household rooftop solar power units as the new prices had not been announced yet.

The delay in issuing a new purchase policy has been affecting investor sentiment. Pham Trong Quy Chau, standing vice chairman of the Renewable Energy Department of the Ho Chi Minh City Industrial Zone Business Association, said that businesses have had to wait for a new price policy for the past nine months.

The purchase prices of rooftop solar projects for rates of 8.38 US cents per kWh expired on December 31 last year. Up to this point, the MoIT and EVN have not yet issued further instructions on procedures for electricity purchases and sale contracts, as well as payments for purchased electricity from rooftop solar power systems.

In Vietnam, along with the government’s orientation on green and sustainable development, mechanisms to encourage renewable energies were born throughout the last decades. At the macro level, renewable energies are expected to contribute to ensuring energy security as some coal-fired power plants are unable to borrow capital, and hydroelectricity almost reached its capacity, while the power demand increased at double-digit rates before the pandemic.

Amid this situation, rooftop solar power has even contributed to reducing the pressure on the national transmission grid. Households could reduce their power bills by partially self-consuming the generated energy while, at the same, also receiving some income from selling excess electricity to the grid.

The previous Decision No.11/2017/QD-TTg and Decision No.13/2020/QD-TTg, both related to solar power development, were considered key drivers for the solar power’s success in Vietnam. According to EVN, by the end of 2020, the total installed capacity of solar power across the country hit about 19,400MWp, equivalent to 16,500MW, accounting for about 25 per cent of the total capacity of the national power system.

As of December 31, more than 100,000 rooftop solar power projects had been connected to the system with a total installed capacity of nearly 9,300MWp.

One of the issues for developers have been the narrow timeframes. Decision 11 had a term of two years and one month, from June 2017 to the end of June 2019. Decision 13 was issued last April and was only valid until December 31, thus having just a validity period of eight months. But during the 10 months before that, there was no such mechanism for rooftop solar power.

However, developing these systems takes time to raise capital, learn technology, rent spaces, find equipment and service providers, and many more tasks. The market had been waiting for months for a new mechanism, which in the end was only valid for less than a year.

Moreover, because there was not much time for project implementation, investors rushed to buy equipment and carry out procedures that ultimately increased the costs of their projects. Furthermore, because many projects had to be connected to the grid at the same time – that is, before December 31 – there were projects that took advantage of this to make profit.

Furthermore, many projects that contributed more to the grid than they should cause some industrial-scale solar systems to cut their capacities, causing losses and difficulties in repaying bank loans. Finally, the last policy came out late, and the standards and technical requirements were not calculated in advance, making EVN unable to control the data and causing issues in operating the safety net.

Overall, Vietnam still lacks a complete and uniform policy across ministries at the macro level, as well as technical standards – many of which are under the management of the Ministry of Science and Technology. The domestic market also lacks coordination between departments and local energy authorities in terms of land use, grid management, and construction system standards.

If the rooftop solar power market develops sustainably, investors are in need of policies that are consistent, clear, and timely implemented at different levels. Such a policy should be published quickly, so that developers can prepare large investment capital and organise the development and construction of projects that include many stakeholders.

Solar power projects may need 1-2 years to be put into operation, thus requiring a policy that last longer than merely eight months. Energy policy is not a fixed, immutable tool that needs to keep up with market developments. Vietnam may need a more appropriate and systematic policy to develop solar power to ensure the interests of market players. 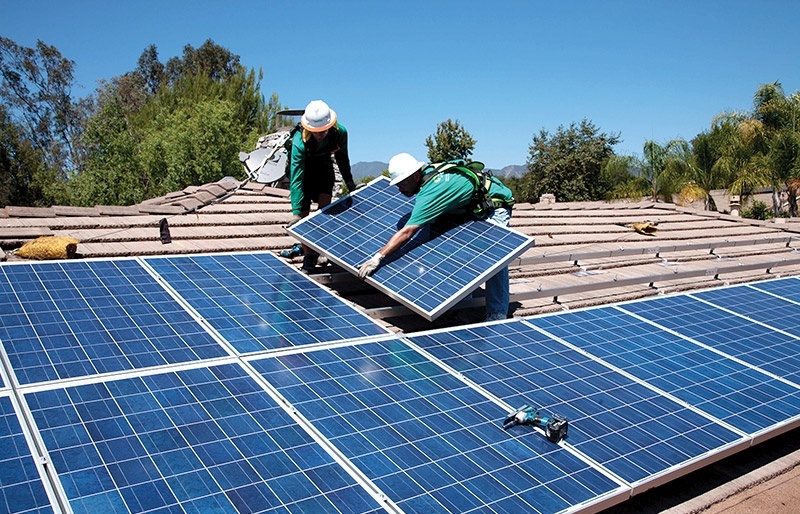