August 17, 2022 | 13:44 (0) user say
Tweet Email Print
ASEAN has made big strides since its establishment 55 years ago, with celebration taking place last week. Deputy Minister of Foreign Affairs Ha Kim Ngoc talked with VIR’s Thanh Dat about this journey, and the contributions made by Vietnam.

ASEAN has created many important achievements in politics, security, economy, culture, and society. Which have been the most important to the ASEAN Community and people in the region?

From an organisation born out of suspicion and confrontation in Southeast Asia, ASEAN has become one of the most successful regional organisations in the world on three fronts. Firstly, it has built and maintained a peaceful, stable, and secure regional environment for decades. This is an important premise for the development and growth of the bloc.

Secondly, ASEAN is now a community with an increasing level of connectivity on all three pillars of politics-security, economy, and culture-society. It has become one of the most dynamically developing regions in the world with a GDP of about $3.3 trillion last year. It is also the fifth-largest economy in the world, benefiting about 680 million people in the region.

Thirdly, it is an organisation with increasing prestige and position, with open external relations, and playing a central role in the region, and securing big cooperation with partners, including all major countries.

ASEAN has faced many difficulties, including the pandemic, fierce competition among major countries, and negative economic impacts. How has the bloc overcome these?

Over the past two years, ASEAN has demonstrated its bravery and resilience, promptly and effectively responding to the challenges.

Under the guidance of Vietnam during the country’s 2020 chairmanship, ASEAN has shown the initiative to adapt and promptly switch meetings and activities to the online format throughout the pandemic, thereby maintaining the momentum of regional cooperation and linkages and community-building efforts.

ASEAN has quickly approved and implemented initiatives such as the establishment of the COVID-19 ASEAN Response Fund, the establishment of the Regional Reserve of Medical Supplies for Public Health Emergencies, and the proposal to establish the ASEAN Centre for Public Health Emergencies and Emerging Diseases, thereby promptly mobilising our resources as well as the support of partners for pandemic prevention and control.

ASEAN has shrewdly and effectively handled the competition among major countries through a balanced and harmonised approach on the basis of ensuring operating principles as well as procedures of mechanisms/forums. These include the ASEAN Regional Forum, East Asia Summit (EAS), and ASEAN Defence Ministers’ Meeting Plus (ADMM+).

At the same time, ASEAN has also expressed an independent and neutral stance, wishing major countries to compete in a fair and responsible manner and contribute to the region’s peace, stability, and prosperity. This was clearly reflected in the ASEAN Foreign Ministers’ Statement on the Importance of Maintaining Peace and Stability in Southeast Asia in August 2020.

These measures have brought positive effects, contributing to helping countries control the pandemic and reopen their economies.

What challenges will ASEAN continue to face, and what is the key for it to firmly overcome them in 2022 and beyond?

Risks include high inflation, economic recession, an energy and food crisis due to the impact of the conflict in Ukraine, more competition among major countries, territorial sovereignty disputes, pandemics, environmental pollution, and climate change.

However, we firmly believe that ASEAN will overcome these challenges for three reasons. Firstly, the achievements in the past 55 years are the firm foundation for it to continue to promote cooperation and linkages, and improve its capacity and resistance to external impacts.

Secondly, ASEAN has experience in dealing with difficulties such as handling competition among major countries and promoting post-pandemic recovery. Thirdly, ASEAN continues to maintain internal solidarity and unity, and has won external support from its partners and the international community.

What is your assessment of Vietnam’s role and contribution during its 27 years as a proactive and responsible member of ASEAN?

Since joining in 1995, Vietnam has been making many important contributions to the development of the association.

Firstly, as a middle-class country in the region and with the third-largest population and fourth-largest area in Southeast Asia, Vietnam has helped the bloc grow in size, strength, and organisation, and facilitating ASEAN become a strong entity.

Secondly, Vietnam has actively participated in and contributed to the development of ASEAN’s development orientation and major decisions, including the ASEAN Charter, the ASEAN Community Vision 2025, the Master Plan on ASEAN Connectivity 2025, and the Initiative for ASEAN Integration.

Vietnam has also contributed to the decision to expand the EAS to include the US and Russia, organising the first meeting of the ADMM+, and the country also lobbied to represent ASEAN at the G20 summits in South Korea and Canada.

Thirdly, Vietnam understands its membership responsibility and contributes to the common achievements of ASEAN. Only three years after joining the bloc, Vietnam successfully organised the sixth ASEAN Summit in Hanoi, and then, successfully accomplished its role of chair in both 2010 and 2020. We have participated fully and extensively in the implementation of cooperation activities in the fields of politics-security, economy, and culture-society. Vietnam is one of the countries with a high rate of implementation of ASEAN linkage programmes and measures. 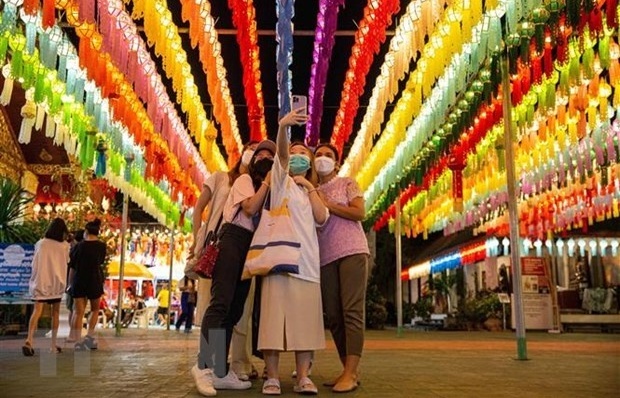