December 10, 2021 | 10:08 (0) user say
Tweet Email Print
One of the countries to be most impacted by climate change and with one of the fastest growth in greenhouse gas emissions globally, Vietnam sits in the crosshairs of the climate crisis.

The country’s Paris commitment is to achieve a minimum 9 per cent reduction in greenhouse gas (GHG) emissions by 2030. Boosting energy efficiency is key to this reduction as power generation is a major source of GHG emissions. Building construction and maintenance account for one-third of electricity consumption in Vietnam, making them notable drivers behind the double-digit growth in power demand since 2000.

The Vietnamese government acknowledges the urgent need to green the building sector as part of its climate change mitigation strategy. Rapid urbanisation and rising incomes will create demand for an estimated additional 100 million square metres of floor space to be developed every year, making green construction crucial for Vietnam to meet its climate targets and spur continued low-carbon economic growth for years to come.

This potential was first recognised by the government with the enactment of a revised National Building Energy Efficiency Code in 2013. Ever since then, energy-efficient features in targeted buildings have helped reduce GHG emissions by 130,000 tonnes of CO2 a year, equating to approximately $28 million in annual savings for building owners. Private developers in Vietnam followed suit, furthering the effort by adopting recognised green building certifications such as the International Finance Corporation’s (IFC) EDGE – a building resource efficiency certification system created for emerging markets.

Green-certified floor space in Vietnam is at a nascent stage, accounting for about 2 per cent of estimated new built stock between 2014 and 2020. However, there is an encouraging upward trajectory. Certified green building growth jumped 55 per cent a year in the same period, creating 201 new green buildings with the total floor space of 5.3 million sq.m by September 2021, compared with just 127,500sq.m in 2013.

What will be the key to scaling up Vietnam’s green building market?

Experience from other emerging markets underlines the need for a national master plan for a green building sector with specific targets, consistent standards and requirements, detailed guidelines, and solutions including incentives. Such a plan is a precondition to removing barriers and driving the large-scale adoption of green construction.

Vietnam has great potential to transform the whole construction industry with well-planned national support and the mobilisation of private resources. Regulatory changes such as those introduced in Vietnam in 2013 can boost momentum.

The market share for green buildings in Colombia grew from zero to 20 per cent in just four years after the national government enacted a Green Building Code in 2015 which introduced tax incentives for solutions like insulation and energy-efficient air conditioning. This triggered action in the private sector with two commercial banks, Bancolombia and Davivienda, launching green construction finance programmes for new housing including loans up to 2 per cent less than market rates for green developers, and discounted loan rates for homebuyers. There are now five commercial banks offering green mortgages in Colombia.

Governments can also lead by example by applying green building standards to public buildings. US state governments set mandatory energy savings targets for new and existing state government facilities, benchmarking energy use through either tailored or widely available tools. Such targets could reduce energy usage and costs, which can contribute up to 10 per cent of a government’s annual operating budget. In Vietnam, the EDGE standard could serve this purpose.

Greening public procurement specifications has been successful in Kenya, which offers a public-private partnership model where the Department of Housing and Urban Development provides free land to developers of green social housing. The model demonstrates that green construction is economically viable for developers and offers tremendous benefits to homeowners.

In other emerging markets, incentives to promote green building certification include Takoradi city’s 30 per cent reduction in permit fees for green-certified buildings in Ghana. In Brazil, Salvador city’s points-based system offers up to 10 per cent discounts on property taxes, and Pune city allows an additional 3-7 per cent floor area if projects achieve a 30-50 per cent improvement in energy, water, and materials usage.

Green finance is essential to scale-up green buildings and green building policies must consider means to mobilise green credit, which can offset the impact of the 1-3 per cent of incremental total project costs over the period of a mortgage. Lower utility bills also help to counter slightly higher mortgages.

It is important to include green building and sustainable infrastructure in green finance taxonomies and for banks to report against it. Green taxonomies can help banks identify climate transition risks, such as exposure to regulatory changes and changing consumer preferences, while also encouraging them to direct their financing to green projects and expand their green financing portfolio.

The IFC estimates that in the next decade, green construction will be one of the largest investment opportunities in East Asia and the Pacific – forecast to hit $16 trillion – and opening up markets like these to international sources of finance more than ever.

For Vietnam, green buildings play a pivotal role in addressing pressing infrastructure requirements and climate change challenges while spurring low-carbon economic growth. Governments – national and local – can help create the right conditions for growth in the green buildings market which is crucial to achieving emission targets. 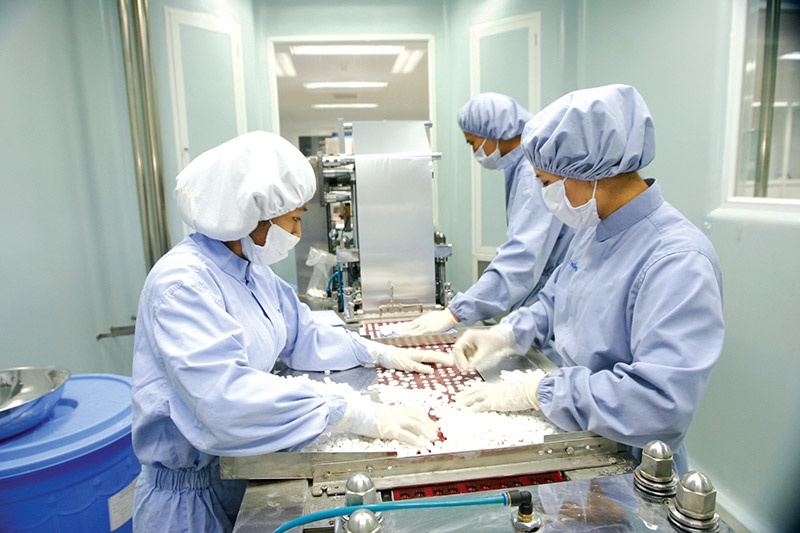