September 01, 2022 | 19:13 (0) user say
Tweet Email Print
Vietnam’s ambitions for its automobile supporting industry are facing upheaval with the country’s localisation ratio about to be scrapped.

From October, the regulations on the automobile localisation ratio will be abolished after two decades. According to the Ministry of Science and Technology, Circular No.11/2022/TT-BKHCN repeals legal documents defining methods of determination of localisation rates of automobiles.

It cites that the decision was made because the regulations are no longer consistent with the development practice of related manufacturing technology, and they make it difficult for businesses to access the preferential import duty rate of zero if the localisation rate within ASEAN is 40 per cent.

Under the current regulations, Vietnam calculates the localisation ratio by clusters of components produced in the country. Meanwhile, other countries calculate this as a percentage of domestic production value to enjoy tax incentives under the ASEAN Trade in Goods Agreement. Under the agreement, cars benefit from zero import tax rate if the intra-regional localisation rate is 40 per cent or more.

According to Deputy Minister of Industry and Trade Do Thang Hai, the average localisation rate for passenger vehicles with nine seats is currently as low as 7-10 per cent. This rate is intended to reach 40-45 per cent by 2025 and 50-55 per cent by 2030.

The Ministry of Industry and Trade (MoIT) reports that the truck localisation rate is currently 40-50 per cent, while for buses it is 55 per cent.

Currently, Vietnam has about 300 enterprises in the vehicle supporting industry, in which there are notable contributions of a number of domestic private enterprises. Up to 80 per cent are foreign enterprises while most of the others are small in scale and find it complex to access capital and invest in technology. Moreover, the links between large and small enterprises remain weak.

In order to help domestic assemblers increase the localisation rate, improve competitiveness, and promote the development of supporting industries, one of the solutions is to revise the Law on Special Consumption Tax.

According to the MoIT, the main reason why the supporting industry has not developed in recent times is that Vietnam’s auto market is small in size compared to Thailand and Indonesia. This drawback, with many assemblers and many different models scattered around, makes it difficult for manufacturing companies to invest and develop mass production.

Groups like Toyota Vietnam are forced to import vast numbers of car parts. A fuel tank cap, just one of 30,000 different components to produce a car, costs $1.50 in Thailand but in Vietnam, it is $3.80; even after various reductions, the item can still be priced at around $2.50.

Not only that, but the car industry is also heavily dependent on semiconductor chips. On average, a car has hundreds of semiconductor parts, and no domestic enterprise can fully produce a chip currently, having to import from elsewhere instead.

The MoIT proposed planning and developing the infrastructure system to meet the people’s demand for using cars, especially in big cities such as Hanoi and Ho Chi Minh City. Along with that, there are measures being discussed to ensure the transparent and healthy development of the domestic automobile market through technical barriers; measures to combat commercial fraud; and rules to ensure equal competition between imported and domestically produced vehicles in terms of product quality control.

Regarding differences in production costs between domestic and imported cars, the MoIT said it is necessary to continue maintaining and effectively implementing a programme of preferential import tax rates for components and spare parts for the production and assembly of cars and other motor vehicles. 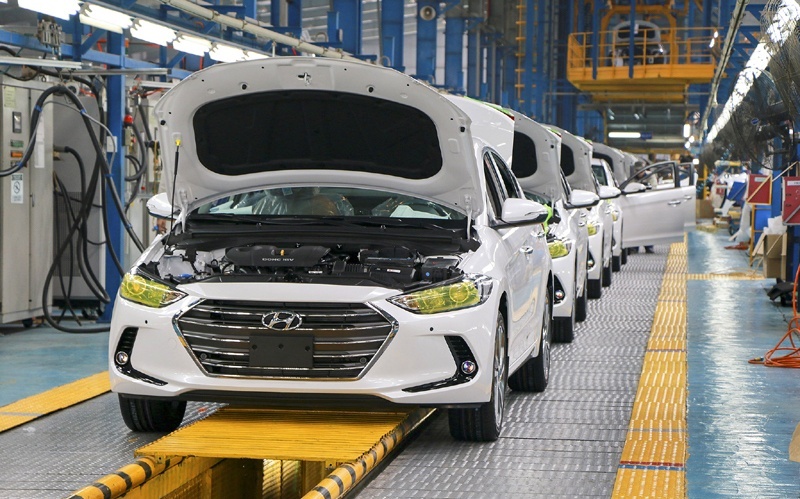 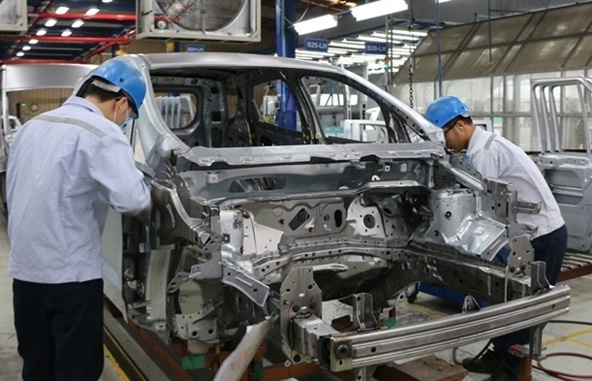 Regulations on auto localisation ratio to be revoked 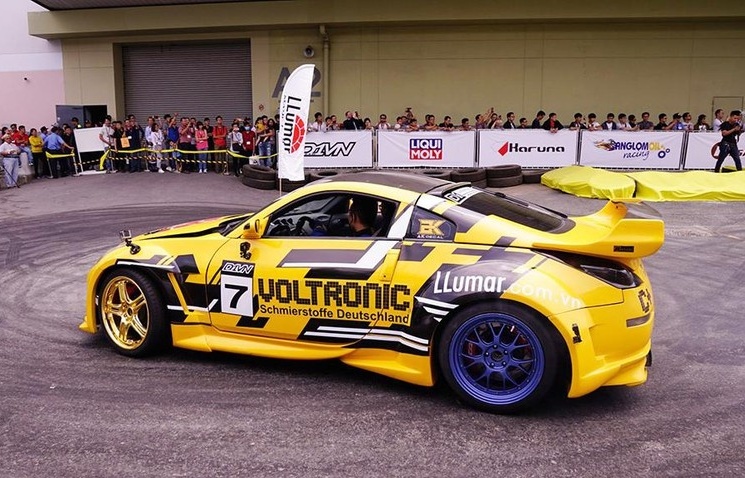