October 25, 2021 | 16:44
Tweet Email Print
HDBank has announced preliminary business results for the first nine months of 2021 with positive growth, standalone bad debt ratio at less than 1 per cent, and constrained bad debt ratio at 1.4 per cent – both lower than in the same period last year.

The bank’s total operating income exceeded $526 million, up 23.6 per cent over the same period last year. Services continued to be the bright spot in the first nine months, with net income increasing 88.6 per cent on-year. Notably, net income from services at the parent bank more than tripled from the same period last year thanks to the growth of bancassurance and payment services segments. Operating costs were optimised as cost/total operating income ratio reduced from 43.8 per cent to 39 per cent since the end of September 2020.

Return on equity reached 24 per cent, a sharp increase from the 21.1 per cent reached in the same period last year, and capital adequacy and liquidity were guaranteed with CAR (Basel II) reaching 13 per cent.

So far this year, HDBank has actively promoted digital transformation, promptly meeting the transaction needs of customers in the context of the pandemic through implementing e-Know Your Customer, opening online accounts; utilising a 24/7 online credit approval; spreading online of letters of credit or transferor money internationally, and granting 100 per cent per cent of online credit from receipt of documents to Distribution, expanding cashless payment solutions.

Overcoming the impact of the current pandemic, HDBank’s business activities continued to record steady progress towards completing and exceeding the 2021 plan, with estimates recording around 82 per cent completion thus far. 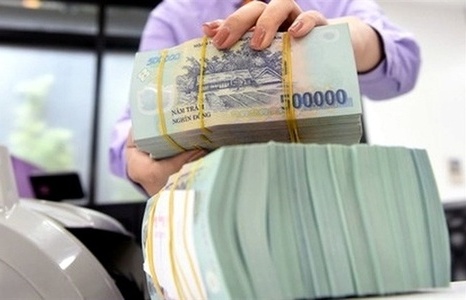