February 27, 2021 | 09:00 (0) user say
Tweet Email Print
With the new United States administration recently established, the US and Vietnam are expected to continue building bilateral trade and investment ties on the back of various motives including a possibility for the US to rejoin the Comprehensive and Progressive Agreement for Trans-Pacific Partnership.

In his first few days in office five years ago, President Donald Trump withdrew from the Trans-Pacific Partnership, which was a pillar of the Barack Obama administration’s pivot towards Asia. The remaining 11 member states have since reframed the agreement as the Comprehensive and Progressive Agreement for Trans-Pacific Partnership (CPTPP), and President Joe Biden’s commitment to rebuilding relations with allies has sparked speculation about the US returning to the fold.

Fitch Solutions under global ratings firm Fitch Group told VIR in a statement that Vietnamese trade would receive a surefire boost should new Biden decide to rejoin the CPTPP.

“Biden stated in 2019 that the US should renegotiate parts of the CPTPP and re-assemble a coalition to counterbalance China’s perceived expansionist policies. The Trump administration withdrew from the original deal in 2017 under the pretext that it would harm US workers. A scenario where the US rejoins the CPTPP would deliver substantial tailwinds to Vietnamese exports to the US from lower tariffs in major export categories,” Fitch said.

In fact, the CPTPP may offer great windfalls to the US. Statistics from law firm Duane Morris Vietnam LLC showed that the population of the CPTPP countries exceeded 513 million people as of October 2020. The CPTPP countries account for nearly 45 per cent of US total exports and 37.6 per cent of US general imports in 2014. By cutting over 18,000 taxes in regards to CPTPP, there would be a great benefit for American importers and exporters by enabling them to enter new markets.

As the United States International Trade Commission estimates, the US exports of goods and services to the world would expand by $27.2 billion by 2032 thanks to the CPTPP, while US imports would expand by $48.9 billion.

Oliver Massmann, general director of Duane Morris Vietnam LLC, pointed out various benefits for the US if it rejoins the CPTPP. He took public procurement as an example. “Dropping the CPTPP means that the US has lost access to government procurement of other CPTPP countries, which amounts to $1.47 trillion,” he said in a letter recently sent to President Biden.

Massmann cited the International Monetary Fund’s World Economic Outlook database in October 2019 as stating that in Vietnam, government procurement’s percentage of GDP in 2019 was 12 per cent or $40.87 billion.

“This is a key export opportunity for US goods producers and services companies. Currently Chinese companies profit the most. About 90 per cent of power, mining, manufacturing, ferrous, and chemical projects of state-owned companies in Vietnam are awarded to Chinese contractors,” Massmann noted.

Early this month, Vietnam’s Deputy Prime Minister, Minister of Foreign Affairs Pham Binh Minh held phone talks with US Secretary of State Antony Blinken. Both sides agreed bilateral ties have advanced across fields over the past 25 years, and pledged to cooperate in deepening ties “in a more comprehensive manner, with a focus on economy-trade-investment, overcoming war consequences, enhancing maritime capacity, fighting COVID-19, and adapting to climate change.”

It is expected that in 2021, there will be more connections and talks between both nations’ high-level leaders, investors, and enterprises.

Adam Sitkoff, executive director of the American Chamber of Commerce in Hanoi (AmCham) told VIR that he expected US-Vietnam trade and investment cooperation to further flourish thanks to several reasons including the US new administration’s positive stance towards both nations’ bilateral ties.

“As major investors here, American companies have an interest in Vietnam’s continued success. It is a new year and we welcome the incoming leaders in both countries,” Sitkoff said. “American investors are optimistic about business prospects in Vietnam and we support efforts to create a modern economy that will attract future investment and high-paying jobs for Vietnamese people. We will continue to work on lowering barriers to trade, to help the Vietnamese government make it easier to do business, and to create a high-standard, transparent, and stable business environment to ensure that all investors have fair access to that opportunity.”

Statistics from Vietnam’s Ministry of Planning and Investment showed that as of January 20, US investors registered over $9.51 billion in Vietnam for more than 1,000 valid projects, making the US the 11th-largest foreign investor in the Southeast Asian nation. In January alone, the US ranked fourth in investment in Vietnam, with total newly-registered capital of $122.2 million.

Fitch Solutions believed that the incoming Biden administration will have largely positive implications for Vietnam.

“The impact on Vietnam’s trade growth should be positive, given that Biden will take a more pragmatic approach towards Vietnam’s growing trade surplus with the US, which means a lower risk of punitive trade tariffs than under Trump’s currency policies,” the Fitch Solutions statement read.

“Trump-era trade tariffs on Chinese exports and rising geopolitical tensions between China and the West have also set in motion a relocation of manufacturing to Vietnam, which is likely to continue. Should the US decide to join the CPTPP in the coming years, Vietnam would also benefit from accelerated trade expansion with the US.”

Fitch Solutions further explained that Biden is likely to take a more pragmatic view towards trade developments with its economic partners.

Sitkoff from AmCham in Hanoi told VIR that though Vietnam and the US have many common foundations to further cement their trade and investment ties, he hoped Vietnam’s government will take more drastic action to remove obstacles currently facing investors.

“It is critical that US companies and investors here in Vietnam encounter an equal, level, and predictable playing field as a solid foundation, not only to attract new investment, but also to maintain and grow the investment that is already here,” Sitkoff said.

“In addition, we recommend that foreign investment limitations, an overly restrictive legal framework, and burdensome administrative procedures should be carefully reviewed and selectively relaxed to encourage increased US investment,” he suggested. “In our view, by opening its market to more US goods and services, Vietnam can help to rectify the growing trade imbalance between the two countries in a manner that benefits both countries.”

According to AmCham, one of the biggest hurdles for foreign firms including US ones in Vietnam is the tax system.

“While Vietnam’s corporate income tax rate of 20 per cent is competitive, data shows that filing and paying taxes in the country is still too high a burden compared to neighbouring countries. Too many companies are also suffering from what seems to be unfair and non-transparent reassessments with penalties and interest,” said an AmCham statement recently sent to the government. “We hope to see real progress on advanced pricing agreements which create the stability and predictability necessary for integrating into global supply chains.” 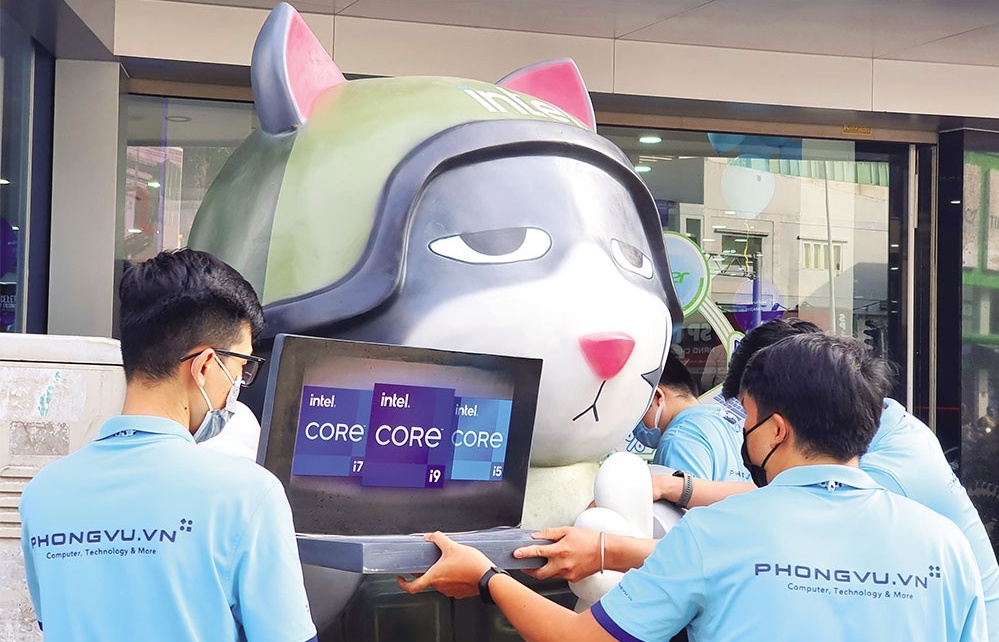