As a construction consultant, Ken Wilson has been employed by several Vietnamese companies and foreign-invested joint ventures. While enjoying the country’s low cost of living and a reasonable pay rate for his expertise, after living in the country for almost four years, the British expat still has not had a full grasp of certain aspects of the salary system.

“I have a health insurance card, but I was told it’s only applicable in certain public hospitals, and so I have never used it. I know that there is a monthly deduction from my salary for tax and compulsory insurance. However, I’m not sure if and how I will utilise the benefits of this insurance.”

Michelle Davis, an American citizen working in Hanoi commented, “I understand that when living in a foreign country, you have to follow the rules and regulations, no matter how different they are from your home country. While I don’t think Vietnamese social insurance would benefit me, I am okay with contributing.”

Seven out of 10 foreigners asked by VIR shared the same sentiment.

According to the Ministry of Labour, Invalids, and Social Affairs, as of December 31 last year, the country had 99,876 foreign workers who have obtained proper work permits, with an average salary contributing to social (SI), health, and unemployment insurance at an average of $260 per person per month. While this is not a significantly high number compared to the total income, if foreign employees are not aware of their insurance benefits, the monthly deduction may add an unnecessary burden to both workers and businesses.

Hung Phan, CEO of Papaya Insurtech, assessed that there are several challenges for foreign workers while participating in Vietnamese compulsory insurance.

“The most challenging part would be the withdrawal process of the funds contributed when they leave Vietnam, as the exact procedure is still unclear, including the timeline to process and how the funds could be transferred out of Vietnam if a person has already moved to another country,” he said.

Particularly for health insurance, “to take full advantage of this insurance right would also be problematic, as it provides the most coverage at public hospitals, where the language barrier could create difficulties for foreigners while receiving treatment and reimbursement,” Phan added.

Aside from that, oftentimes workers’ identity documents are available only in their native language, which causes trouble during insurance registration, verification, and transactions.

As Vietnam works on establishing partnerships with other nations, the flow of labour between countries as part of multinational cooperation is forecast to increase. These foreign workers are obliged to comply with the laws of both Vietnam and their native countries. Therefore, another challenge is to synchronise countries’ record systems to ensure social insurance rights and obligations.

As reported by advisory firm Dezan Shira & Associates, while the SI rates will even out the divide between local and foreign employees, many business leaders have said that this would increase their costs for foreign workers.

“For businesses, high payments to SI also mean less money for daily expenses. While some of this may be offset due to tax incentives, businesses will have to factor in additional compliance costs as they reorient their labour policies to accommodate the new policy,” the advisory firm assessed.

“Businesses now need to take into account the increased expenses to fill such positions, where the local workforce may not be adequate to supply. Indirectly, that may affect foreign investments,” Phan of Papaya Insurtech added.

The Vietnam Social Security (VSS) has been receiving feedback from businesses employing foreign workers and is working on instructing local SI agencies to collaborate on the matter.

“Decree 143 is a new policy without an accompanying circular that provides instructions and guidelines, so we need to assist businesses in complying by determining the exact number of foreign workers in each jurisdiction,” a VSS expert noted.

To address the possibility of double payments, the Vietnamese government is expediting negotiations of bilateral totalisation agreements. Last December, Vietnam signed a bilateral SI agreement with South Korea, recognising the time of participation in social insurance in both countries and aiming to avoid paying social insurance twice for both Vietnamese and South Korean citizens. This is Vietnam’s first comprehensive bilateral agreement on social security.

Foreign-led enterprises have also taken steps to raise awareness and assist foreign employees in understanding insurance rights. “Every adjustment needs time to deploy and make adaptation,” HR consultancy Talennet noted. “From our experience consulting for many multinationals in Vietnam, they usually have well-planned strategies to not only comply with local laws but also ensure the benefits of their expats.”

Linh Nguyen, regional director of Point Avenue, an ed-tech company employing 40 per cent foreign workers, said that the company has drafted a comprehensive procedure to ensure a smooth transition into the last phase of Decree 143 for foreign employees. Actions include legal updates 30 days before the decree came into effect, including insurance information in training and sharing sessions about new insurance programmes organised by the HR department.

“With our staff coming from 10 different countries, we need to make sure employees are willing to participate in the Vietnamese SI scheme. For the contribution to yield meaningful results, we consult employees on ways to optimise their benefits. An example would be to use both their compulsory and voluntary health insurance cards at private hospitals,” Nguyen noted.

Compulsory social security contribution for foreign workers remains an issue in many Asian countries, with varying schemes, subjects, and stages. China started enforcing mandatory contributions in 2011 at a 10.5 per cent deduction from employees’ net pay, with the exception of Shanghai.

Malaysia required statutory contributions in 2020 at 5.5 per cent, but only for foreign permanent residents.

Variations of this law depend on countries’ expatriate demographics and economic situation. However, full awareness from both employers and employees seems necessary for a successful implementation, while ensuring foreign workers’ benefits and interests and attracting a high-quality workforce to Vietnam. 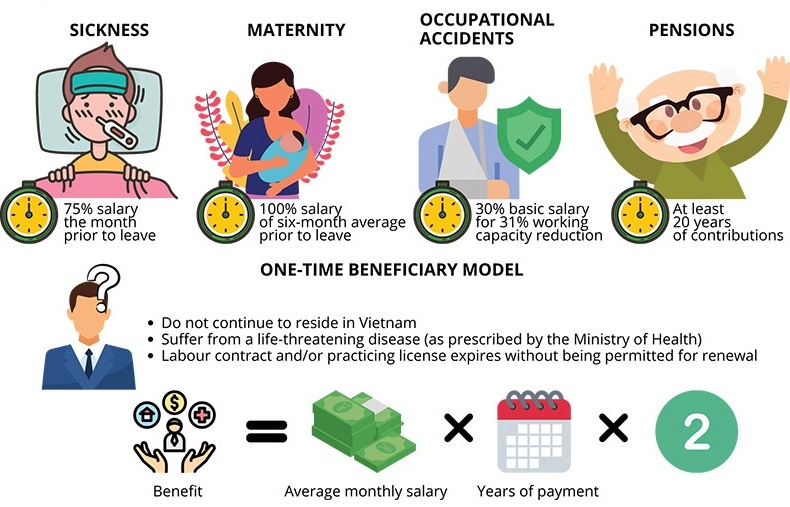 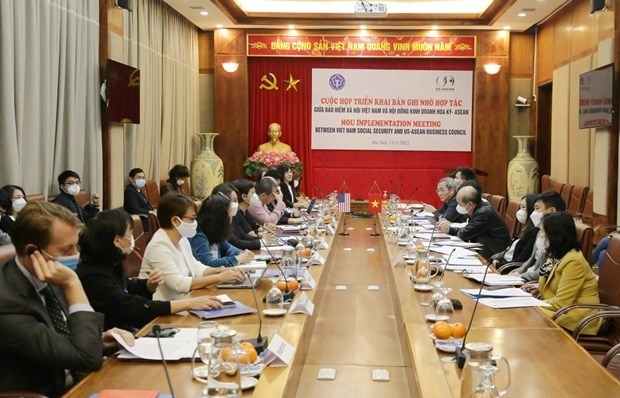