December 28, 2016 | 10:12
Tweet Email Print
Natural disasters and environmental pollution can reduce GDP by 0.6 per cent per year from 2016-20, according to the National Centre for Socio-economic Information and Forecast (NCIF) under the Ministry of Planning and Investment.

Therefore, changes are needed to reduce the economy’s reliance on non-renewable energy.

Dr Dang Duc Anh, head of the Centre’s Analysis and Forecast Department, underlined the need for policies to help the economy better adapt to climate changes and to protect the environment in the long run.

According to NCIF, from 2016-20, GDP growth is expected enter a new cycle of recovery, supported by free trade agreements, FDI enterprises and external demands. Economic restructuring and reforms of administration procedures and the business climate will also contribute to boosting growth.

However, impacts of climate and environmental pollution will pose remarkable challenges to the economy, the centre said.

Viet Nam is one of the 30 countries rated at “extreme risk” brought about by climate change by Maplecroft, a global risk and strategic consulting firm based in the UK, in its Climate Change Vulnerability Index within the next 30 years via 42 socio-economic and environmental factors.

Viet Nam was ranked 23rd among 193 countries on the list.

Conflicts between economic growth and environmental protection have become more obvious. The quality of the environment has worsened. Environment-related incidents and disputes are increasing nationwide, Chinh said.

Experts pointed to the fact that although Viet Nam has not seriously contributed to global warming, it is among the 25 low and middle-income countries that release the most greenhouse gases every year.

The studies will provide early warnings, serving the design of policies on economic development, Phuong said.

Dr. Dang Duc Anh stressed the need for restructuring the economy in the direction of reducing industries relying on natural resources, particularly non-renewable sources, and having low added value and economic efficiency.

On the other hand, incentives should be offered for industries using clean energy, such as natural gas, biofuel and renewable energy while issuing quotas of polluting emissions for enterprises, Anh suggested.

The legal framework on environmental protection needs to be improved, particularly in punishments for violators.

Experts agreed that more comprehensive and intensive analysis on the interaction between economic growth and climate change is needed, as well as solutions to enhance the ability of the economy to adapt to climate change. 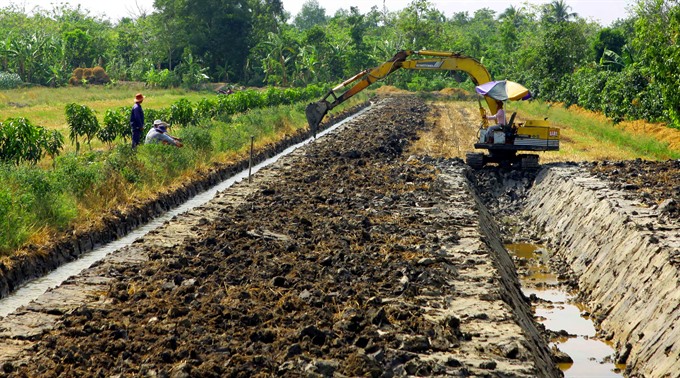