August 01, 2019 | 13:00
Tweet Email Print
The EU-Vietnam Free Trade Agreement has been inked, and is expected to usher in immense opportunities for Vietnam to expand its trade and investment ties with EU member states. Austrian Ambassador to Vietnam Thomas Schuller-Götzburg writes about how the agreement will help the country attract more investment from the EU - including from Austria - and how the deal will help boost bilateral trade.

After years of negotiations and adjusting the text, the EU-Vietnam Free Trade Agreement (EVFTA) was finally signed in late June. All parties involved regard this as a fundamental new chapter in the relations between the EU and Vietnam. Since the beginning, Austria was a staunch supporter of the agreement, and we are therefore satisfied that we have come this far.

In a period of growing uncertainties regarding international trade relations and security, it is important to show that bilateral trade is a matter of concord and not discord. In that sense I applaud the negotiators for their vision of a regulated playfield for economic relations between the EU and Vietnam. Although the main contents of this agreement relate to the economy, it is an important political signal as well. Both sides are willing and interested in co-operating and deepening their relations, and I hope that the newly-elected European Parliament will soon put the EVFTA on its agenda and ratify it as soon as possible.

In recent times, Vietnam has raised a lot of fresh awareness among European and Austrian companies and investors. The country has a booming emerging market with almost 100 million inhabitants and an enormous need for infrastructure, industrial goods, and consumer products. It is already Southeast Asia’s technology hub and hosts a vibrant start-up scene. This development has not remained unseen by European investors. Indeed, Vietnam has developed into a land of growing opportunities for companies faced with uncertainty and trade protectionism in other countries.

This is also why I very much welcome that the Austrian Federal Economic Chamber opened the Austrian Trade Commission this year in Ho Chi Minh City, which is notified as the commercial section of the Austrian Embassy in Hanoi. Through this office, the newly-appointed trade commissioner and his team work specifically on the enhancement of bilateral trade and investment relations, and also on business co-operation in education, technology, and innovation.

Austrian exports to Vietnam have increased strongly over recent decades. Compared to 10 years ago, they are now five times higher, and compared to 20 years ago, 20 times higher. The year 2017 showed a very strong increase of more than 41 per cent, and therefore, a record high of €252 million ($280.6 million).

Last year saw a stabilisation of the level of Austrian exports to Vietnam. Since many products are shipped through Austrian subsidiaries in third countries to Vietnam, for example in Singapore, the real trade volume is still higher than the statistics show.

I expect this positive development to continue and that we reach the goal of an export volume of €300 million ($334 million) within the next couple of years. Austrian imports from Vietnam have also been on the rise and amount to considerably more than our exports, since Vietnam has become an important source for electronics, mechanical parts, and consumer products such as textiles and shoes.

The EVFTA will substantially boost bilateral trade and investment relations between Austria and Vietnam too. Not only does it contain the liberalisation of trade in goods and services, but it also facilitates investment and contains rules for the elimination of non-tariff trade barriers, for sanitary and phytosanitary measures, for intellectual property rights including geographic indications, for procurement, regulation and competition issues, and for sustainable development.

The EVFTA will eliminate over 99 per cent of all duties between the EU and Vietnam, with the exception of a limited number of positions, where quotas will apply. Meanwhile, Vietnam will abolish its customs duties on European products within 10 years, 65 per cent of them immediately with the entry into force of the agreement. The EU will also eliminate most tariffs within seven years.

Due to their high engineering skills, Austrian companies are largely exporters of machinery and equipment, as well as electronics, high technology, and auto parts. For all these products, we expect substantial advantages due to the elimination of tariffs. Vietnam’s global integration in a network of FTAs means that Austrian industrial companies can take advantage of this country, and the Asia-Pacific region, within their overall global strategies.

Due to the environment mentioned above, Vietnam is very much on the map for strategic decision-makers in companies. It is a premium choice for contract manufacturing, but equally in the global network of production locations that some larger Austrian companies entertain.

The Austrian Trade Commission in Ho Chi Minh City currently reports an increasing interest of Austrian companies to invest strategically in Vietnam, for instance in the high-technology and metallurgical sectors. In terms of production sites, most Austrian companies so far opt for the surroundings of either Ho Chi Minh City or Hanoi, but Danang and elsewhere in central Vietnam are attracting further attention.

So far, 40 Austrian companies operate subsidiaries in the country, but we expect a new wave of companies evaluating their presence and finally investing here for a number of reasons.

First, Vietnam plays a great role in what we call the China-plus-one strategy. Many companies including small- and medium-sized ones are now actively looking for additional or alternative locations to China. As uncertainties are on the rise, it is important for them to remain flexible and adjust global value chains according to economic and political conditions.

Second, Austrian companies do not only appreciate the cost structure in Vietnam, but also its favourable government policies, its qualified staff, and the ideal geographical location, not to speak of the country’s high growth rates.

Third, and maybe most important, I expect the EVFTA to be a significant trigger for investment in the long run, potentially in both directions.

In addition, sourcing from Vietnam will become more and more important in Austria. As product quality improves, foreign direct investment flows in, local production capacities are being extended, and tariffs abolished, I expect a considerable growth of the Austrian import volume to happen over the next few years. Besides, Vietnam has agreed to abolish almost all of the export duties that previously existed.

On the other hand, EU-based companies will be invited to take part in public tenders in Vietnam, including infrastructure tenders of the ministries, and tenders of the most important state-owned enterprises and public hospitals. This is important for Austrian companies which have been at the forefront of developing infrastructure projects including in railways, healthcare, energy, and the environmental sectors of the country.

Since infrastructure development is still a big issue in Vietnam, I also see ample opportunities for Austrian companies in this area, for example in smart city technologies, public transport, sustainable energy generation and distribution, environmental technologies, sewage treatment, waste management, and a variety of healthcare solutions. 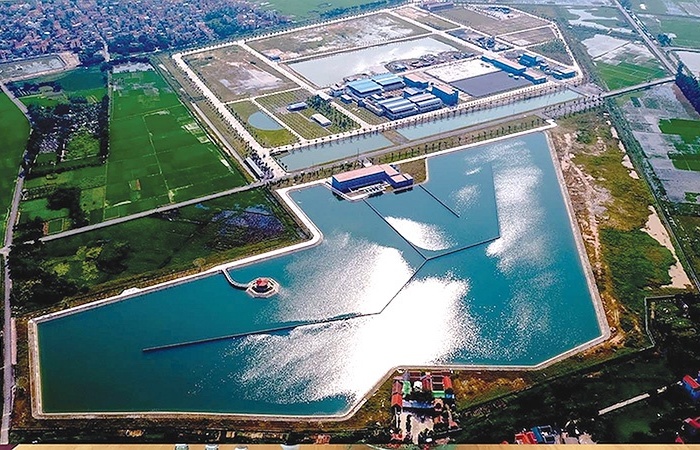