With a comprehensive assessment of Vietnam’s achievements, lessons, position, and strength after 35 years of doi moi, the international and domestic context, strategic opportunities and challenges for the country, the 13th National Party Congress continues to inherit the contents throughout the foreign policy of our Party during the renovation period, while developing and supplementing many new contents for the diplomacy sector to meet the country’s development requirements in the new period.

In terms of goals for foreign affairs, the 13th National Party Congress affirmed that the prime goal is to “ensure to the highest level the national benefits”, meaning such benefit must be preceded first and foremost and pointed out that it is needed to make great efforts to achieve national interests to the highest possible extent, on the basis of the fundamental principles of the UN Charter and international law, equality, cooperation and mutual benefit, jointly striving for the sake of peace, national independence, democracy, and social progress in the world.

In the present time, the highest national interest is to firmly protect independence, sovereignty, unity, and territorial integrity; protect the Party, state, people, and the socialist regime; maintain a peaceful, stable and favourable environment for national development; and protect political security, social order and safety, and national culture.

In addition, the 13th National Party Congress added that human security, economic security, cybersecurity, and social order are also important interests of the nation. These factors have a close, mutual, and consistent relationship with each other, and are the most important basis for determining partners-objects, cooperation-struggle in foreign policy, which is firm in objectives, and flexible in strategies and tactics.

As for the position, role, and tasks of foreign affairs, the new outstanding point in the foreign policy at congress is that for the first time, the Party has clearly defined the position and pioneering role of foreign affairs in “creating and maintaining a peaceful and stable environment, mobilising external resources for national development, and enhancing the country’s position and prestige”.

These tasks are closely related to each other, in which maintaining peace and stability is an important and regular task while serving the national development is the central task, and enhancing the country’s position and prestige is an important task.

The diplomacy sector’s pioneering role is shown in assessment, forecasting, and identification of opportunities and challenges to protect the country early and from afar, while quickly detecting new problems, providing strategic advice, promoting the renewal of thinking, and finding favourable directions for national development.

Therefore, the 13th National Party Congress emphasised strengthening research, forecasting, and strategic advice on foreign affairs, not to be passive or surprised. This task is very important because only when we know ourselves, know others, and know the times can we take advantage of opportunities and favourable conditions to develop the country and defend the fatherland in a dynamic and complicated world.

Moreover, maintaining a peaceful, stable and favourable environment for national development and protection is a common task of the whole political system and the entire people, including foreign affairs. The peculiarity of foreign affairs is the use of peaceful methods and measures to prevent, neutralise, and reverse the risks of wars and conflicts early and from afar, thereby contributing to firmly safeguarding national independence and sovereignty.

The 13th National Party Congress reaffirmed to continue to strengthen and deepen relations between Vietnam and its partners, especially with neighbouring countries, strategic partners, comprehensive partners, important partners, and traditional friends. The good performance of this task will help to firmly consolidate the stable and favourable external situation for the construction and defence of the fatherland. Besides that, foreign affairs, together with national defence and security, maintain the borderline of peace, cooperation and development; resolutely and persistently struggle to firmly defend the national independence, sovereignty, unity, and territorial integrity. At the same time, it is necessary to seek and promote the common ground of interests to enhance cooperation, flexibility, and creativity in handling disputes based on national interests and international law; in which, it is necessary to continue to promote the settlement of maritime issues on the basis of international law, especially the 1982 United Nations Convention on the Law of the Sea.

In addition, the diplomacy sector has pioneered in mobilising external resources for national development. One of the basic benefits of our country today is to strive to achieve the nation’s development goals by 2030, with a vision to 2045. Therefore, national development is a goal throughout all foreign affairs.

Thoroughly grasping the fact that socioeconomic development is the central task, the diplomatic sector continues to effectively take advantage of favourable international factors, free trade agreements already signed and committed, and international agreements in order to expand the market, attracting brainpower, technology, and investment in service of renovating the growth model, accelerating the national industrialisation and modernisation, contributing to enhancing the self-reliance of the economy and the national aggregate strength.

In the context of COVID-19, the diplomacy sector’s pioneering role has been promoted and clearly demonstrated through vaccine diplomacy, taking advantage of the timely and effective support from the international community in vaccines, medical equipment, and therapeutic drugs, making an important contribution to the prevention, control, and safe adaptation to COVID-19 and socioeconomic recovery and development.

Next, the diplomatic sector has also pioneered in enhancing the position and prestige of the country through promoting leading, conciliating, well undertaking international responsibilities, and making active and responsible contributions to the common concern of the world. The 13th National Party Congress determined to step up and raise the level of multilateral diplomacy, promoting Vietnam’s role in multilateral mechanisms, especially in ASEAN, the United Nations, APEC, Mekong sub-regional cooperation, and other cooperation frameworks.

For the diplomacy sector to promote its pioneering role and fulfil the above orientations and tasks, the 13th National Party Congress has advanced a policy of “building a comprehensive and modern diplomacy with three pillars of party diplomacy, state diplomacy, and people-to-people diplomacy”.

The comprehensiveness of Vietnam’s diplomacy is reflected in the subject of external relations, including the political system, social organisations, businesses, and the people; in all fields of politics, defence, security, economy-society; with all partners and regions, with a focus laid on strengthening and deepening relations with neighbouring countries, strategic partners, comprehensive partners, important partners, and traditional friends, while actively participating and playing a role in multilateral mechanisms of strategic importance.

Modernity is reflected in the nature of Vietnam’s diplomacy, which is a harmonious combination between tradition, the nation’s diplomatic identity, Ho Chi Minh’s diplomatic thought, the Party’s foreign policy through the ages and the diplomatic elite of the era. Modernity is also mirrored in the operation of diplomacy within an increasingly perfected institutional framework, closely and smoothly linking party diplomacy, state diplomacy and people-to-people diplomacy; and in an efficient apparatus with a scientific, standardised and digitised method of operation, capable of innovation and proactively adapting to the rapid changes of the situation.

Vietnam’s diplomacy with the aforementioned three pillars is always placed under the leadership and unified direction of the Party and the centralised management of the state. Despite different positions, functions, roles, and advantages, these pillars have a close relationship and complement each other because they jointly implement the Party’s foreign policy with common goals for national benefit. The synchronous, close, and skilful implementation of Party, state, and people-to-people diplomacy will promote the strengths of each pillar, creating the aggregate strength of Vietnam’s diplomacy.

This is both a tradition and a valuable lesson, as well as a unique art of gathering forces of Vietnam’s revolutionary foreign policy that needs to be preserved and promoted. 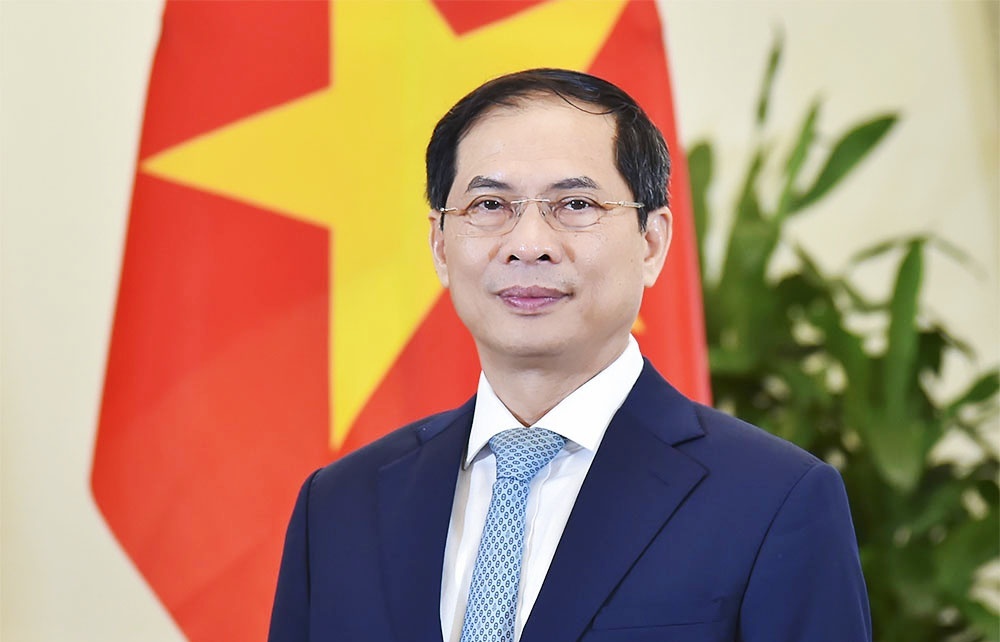 A diplomatic legacy to be proud of 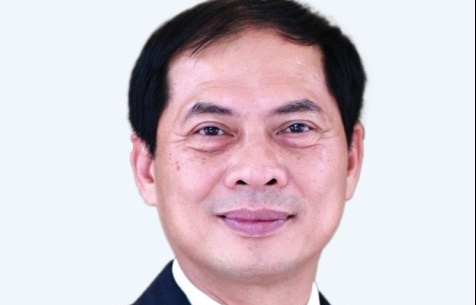