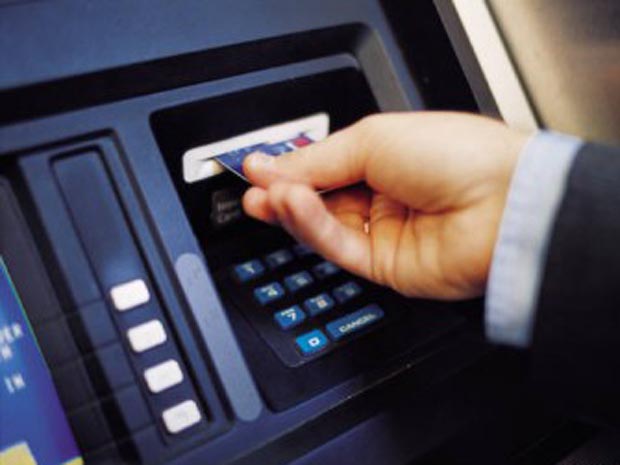 Meanwhile, the State Bank of Vietnam has turned the green light on the banks’ plan to collect fees after many times of debarring banks from doing this.

Commercial banks late last week were requested to submit the reports about the investments in the ATM system and about the suggested service fees to the State Bank of Vietnam.

A director of a small bank headquartered in district 5 in Ho Chi Minh City said his bank has suggested to charge VND2,200 on every intra-network cash withdrawal transaction (card holders make transactions with at the ATMs of the banks which issue cards), and VND1,100 on every other service, such as balance checking.

Regarding inter-network transactions (card holders make transactions with the ATMs owned by other commercial banks), the bank has proposed to continue applying the current fee of VND3,300 for cash withdrawal and VND1,650 for balance checking.

The director said that at present, the bank still has to pay for inter-network transaction fee for clients; therefore, it would be a heavy burden on the bank if the inter-network fee increases.

The executive said banks have to spend hundreds of billions of dong for every ATM. The premises rent would be up to thousands of dollars, if banks want advantageous positions.

Also, banks also have to pay for other regular expenses to maintain the operation of the ATM system. Especially, the maintenance fee alone costs banks at least hundreds of millions of dong a year for every ATM.

The heavy investment explains why small banks do not want to install more ATMs. They would rather to pay service fees to other banks, so that their clients can use the ATMs of other banks, than spending big sums of money to buy machines.

“Small banks do not install ATMs, but they issue cards in masses. As a result, big banks have to serve the current clients and undertake additional works which are very costly and cannot be covered by the current low fee of VND3,300.

At present, the six banks Agribank, Vietinbank, Viecombank, Dong A, BIDV and Techncombank have 8,200 ATMs in total, which accounts for 70 per cent of the number of ATMs nationwide.

Tran Phuong Binh, general director of Dong A Bank, has stated that Dong A Bank would not charge intra-network fee until 2013 in order to encourage people to use ATM cards. Meanwhile, collecting fee from inter-network transactions is a necessity, because banks need money for re-investment in the ATM system.

The general director of a big bank has admitted the disagreement between big banks and small banks, saying that small banks do not try to establish their ATM system, while depending entirely on big banks.

“If the current situation cannot be improved, no one would dare to make investment any more,” he said. “Small banks just try to issue more and more cards, while big banks have been bent over with the work of serving as the money treasury that serves the clients of other banks.

He agreed that the current existing 13,600 ATMs nationwide is enough and no need to install more. However, he affirmed that big banks must not work hard to feed small banks anymore.

Pension fund landscape to be diversified