September 02, 2021 | 10:00 (0) user say
Tweet Email Print
Vietnam’s economy is showing steady growth – however, much more is needed for the survival and development of businesses. Bui Ngoc Tuan, tax partner of Global Trade and Customs at Deloitte Vietnam, shares his insights on the resources businesses can utilise to take advantage of cross-border transactions.

Despite the impact of the pandemic, Vietnam’s economy still shows optimistic results, especially from the international trade perspective. According to the General Statistics Office, as of the end of July, Vietnam’s total import and export turnover touched $373.36 billion, an increase of 30.2 per cent compared to the same period in 2020.

For export particularly in the first seven months of 2021, the total turnover hits $185.33 billion, achieving a 25.5 per cent increase from the previous year. Notably, a significant portion of the export value is attributed to foreign-invested enterprises (FIEs), while the revenue generated from export activities of domestic enterprises accounts for only 26.2 per cent, despite experiencing an increase compared to 2020. This pattern indicates that FIEs have continued to evolve and are likely to expand in the near future.

Sharing an identical pattern, import activities between Vietnam and other countries and regions also observed a strong growth. In particular, during the first seven months of 2021, according to the Ministry of Industry and Trade (MoIT), the total import turnover saw a surge of 35.3 per cent from 2020 to just over $188 billion.

Given the current market situation with challenges to struggle, we believe the slump is only temporary and valuable opportunities still exist in Vietnam that will assist businesses in accelerating to switch their targets to “surviving” rather than “thriving” in the future. Vietnamese businesses, especially those dealing with cross-border transactions, can take advantage of such opportunities either commercially available or provided in legal frameworks to survive and thrive.

Recently Vietnam has managed to sign crucial new-generation free trade agreements (FTAs) including those with the EU (EVFTA) and the United Kingdom, along with the Comprehensive and Progressive Agreement for Trans Pacific Partnership and the Regional Comprehensive Economic Partnership. Such FTAs, in conjunction with those previously concluded, play an essential part in the stronger and more sustainable integration of Vietnam into the global economy.

After one year of implementation, the EVFTA has demonstrated positive impacts on the trading activities of Vietnamese enterprises. According to the MoIT, in the first quarter of 2021, business activities of textile and footwear companies with European partners have significantly recovered from the slump in 2020. The export turnover of textile and footwear products to the European market grew by 3.44 per cent and 19.20 per cent respectively, compared to the first quarter of 2020.

Additionally, positive results are also being observed in the export of principal agricultural and forestry products such as rubber, rice, and vegetables. Such impressive figures are the results of preferential commitments under the EVFTA, particularly the EU’s reduction and elimination of customs duty for goods with legitimate Vietnamese origin. Since the EU’s tariff rate will be further reduced in later years, the market is anticipated to become increasingly attractive for businesses with current or potential trading activities with European parties.

For supply chain management and restructuring, the current 14 effective FTAs in Vietnam are expected to open a broad network of global partners and explicit opportunities for Vietnamese entities to get involved in global supply chains. Therefore, it is crucial that such agreements are well-acknowledged and utilised for cost-cutting and efficiency increment.

The first and foremost notable regime would be the Authorised Economic Operator (AEO) regime introduced in the SAFE framework of the World Customs Organization. After the pilot period since 2011 in Vietnam, recognising the effectiveness and benefits of the AEO regime, the Vietnamese government has officially started applying this regime for businesses participating in goods import and export, customs brokers, and key investment projects approved by the prime minister.

An enterprise being AEO is granted significant advantages over ordinary entities, such as priority in carrying out customs procedures, reduced frequency of and certainty on post-clearance audits, priority in customs duty treatment, facilitated in transactions with AEO entities from countries that have mutual recognition agreements with Vietnam, and more.

In practice, positive feedback has been received from many AEOs on the benefits they could gain, which includes significant reduction of processing time for customs clearance, thus minimising their expenditure on transportation and storage; better and secured supply chain operation; and simultaneously helping raise their voices in dialogues with competent authorities.

However, these available great benefits have not been paid sufficient attention by many potentially qualified businesses.

Many other trade facilitating policies such as HS code advanced ruling, customs valuation advanced ruling, and origin advanced ruling among others are also available as a way to ensure certainty during clearance stage, as well as mitigate time and related risks for businesses. However, it is our observation that only the advanced ruling for HS code classification has been applied by declarants, and not so often.

The lack of attention paid by the business community and the shortage of customs manpower might be some of the reasons. Per our experience, many businesses face challenges from customs authorities during the clearance process regarding the suspicion of HS code wrong classification, inappropriate customs valuation, and origin counterfeiting, which could be avoided or mitigated by using the above procedures.

Besides the resource planning and utilisation of beneficial regimes, from Deloitte’s perspective, the adaptability to the change of Vietnamese policies regarding global trade and customs plays an important role in the survival and development of businesses. The Vietnamese policies on global trade and customs have been continuously updated and reinforced to follow contemporary trends in global trade, international standards, and domestic drivers to make a friendly and facilitating environment for all market players.

This year has witnessed the promulgation of various customs-related policies, both newly issued regulations and amendments to existing ones. Coming into the second half of 2021, other crucial new or revised policies and regulations are expected to be enacted by the government.

To name some, there would be decrees guiding on customs procedures; on e-commerce activities; on the implementation of the national single window and a customs development strategy until 2030.

Therefore, it is essential that enterprises doing business in Vietnam to closely follow and update on latest regulations to ensure full compliance with prevailing regulations, timely harvest of available benefits, and risk minimisation.

In such an export-based economy and under increasing integration into global economy, with a great deal of potential like Vietnam, businesses during this time should review their status quo and take advantage of the favourable conditions to conquer the current difficulties and plan for future revival. It is also time for them to raise stronger voices regarding policies as a way to keep relevant. 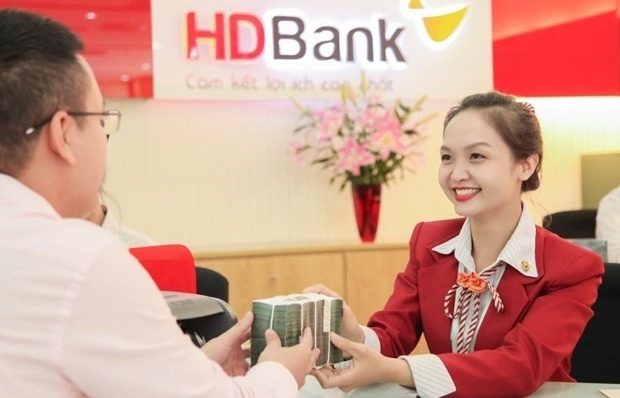