May 20, 2022 | 10:00
Tweet Email Print
A surge in the world’s oil price, which has resulted in another escalation in fuel price in the domestic market, is benefiting oil and gas businesses, but causing difficulties for other producers and pressurising the government’s efforts to rein in inflation.

It is forecast oil prices may skyrocket to nearly $110 per barrel at the year’s end if major risks now continue lingering in the global market. By late last week, the global average price of Brent crude oil and WTI crude oil hovered at $103.77 and $106.47 per barrel, respectively. The global price of natural gas also stood at $7 per MMBtu, according to Oilprice.com.

Fears of an economic slowdown are bleeding into the oil market, and oil demand is being threatened by extended lockdowns in China, inflation-driven interest rate hikes, and fears of Europe potentially dropping into recession if the Russia-Ukraine war continues to escalate.

According to the Ministry of Industry and Trade (MoIT), a hike in oil prices in Vietnam is beneficial for oil and gas firms. The country’s revenues collected from crude oil exports in April is estimated to be VND6.6 trillion ($287 million), raising the amount to VND24.1 trillion ($1.04 billion) in the first four months of 2022, up 93.4 per cent on-year thanks to a strong rise in crude oil price by over $30 per barrel, as compared to initial estimates in the global market. Also in this period, Vietnam’s crude oil imports increased 63.7 per cent on-year.

“In the first four months of 2022, PetroVietnam’s total revenue is estimated to reach VND292.6 trillion ($12.72 billion), exceeding the initial 4-month plan by 62 per cent, reaching 52 per cent of the entire year’s plan, and increasing by 62 per cent on-year,” said PetroVietnam in a new report. “The group’s contribution to the state budget is estimated to be VND41.8 trillion ($1.81 billion), exceeding 73 per cent of the initial 4-month plan, reaching 65 per cent of the whole year’s plan, and representing an on-year climb of 55 per cent.”

Last year, Vietnam exported more than 3.1 million tonnes of crude oil worth over $1.76 billion, and also imported over 9.9 million tonnes of the product valued at more than $5.15 billion. Thus, the oil industry suffered from a trade deficit of $3.39 billion.

It is estimated that an increase of $1 in crude oil exports will bring in about $44.3 million to Vietnam. Key export markets include China, Thailand, Australia, the US, Japan, Singapore, and Malaysia.

Experts said although the rising oil price is favourable for oil and gas companies, it inevitably adversely affects most other industries, especially transport, production of fertilisers, plastics, exploitation of natural resources, fisheries, and metallurgy.

“Along with the exchange rate variations, the price of crude oil will strongly influence production costs and profits of enterprises in the economy. Next, profits from these businesses are a source of revenue for the budget. Therefore, rising oil prices will reduce profits of enterprises using products from crude oil and, indirectly, then contribute to a higher budget deficit,” said expert Tran Ngoc Tho.

Price hikes have affected thousands of taxi drivers like Do Xuan Hue, who has been working for My Dinh Taxi for eight years.

“Never before have we seen such a big rise in petrol prices. We cannot raise charges as if we do that, we will suffer from a reduction in passengers,” Hue told VIR.

Each day Hue, the breadwinner of a 4-member family, spends $17-26 on petrol for 200-300km. “My wife has become unemployed due to her company’s cutback policy, while our two children still need schooling.”

Like many other taxi drivers in Vietnam, Hue does not get any fuel subsidies from his company, and he said that he has to bear the full brunt of rising prices.

Vietnam expects it can control inflation at about 4 per cent for the whole year, with an economic growth rate of 6-6 per cent.

The GSO reported that in the first four months of this year, Vietnam’s consumer price index (CPI) increased by 3 per cent on-year. The key drivers of the CPI climb included fuel (up 49 per cent on-year), gas (21 per cent), and construction materials (8 per cent).

According to the MoIT, the government is trying to provide sufficient petrol for the economy in Q2 2022. It is estimated that the economy’s demand for petrol will be about 5.2 million cubic metres of petrol in Q2, and 20.6 million cu.m for the whole year.

“These supplies will help ensure sufficient petrol consumption in Q2, with 1.5 million cu.m provided for Q3,” said the MoIT in a report on Vietnam’s trade for the first four months of 2022. 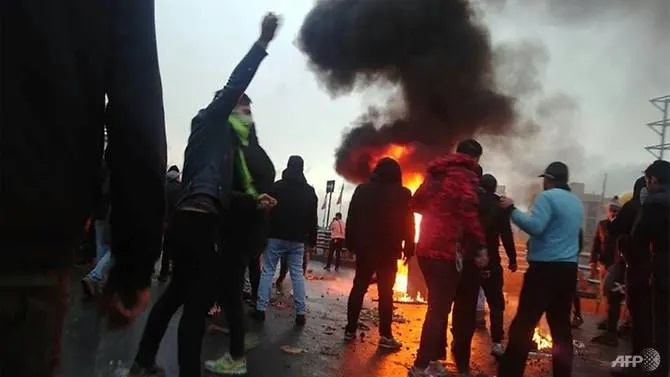 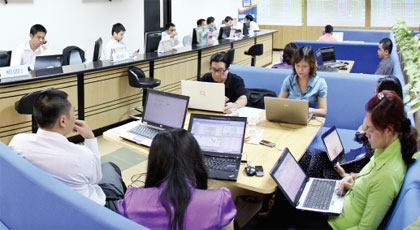 While yet before corner is turned 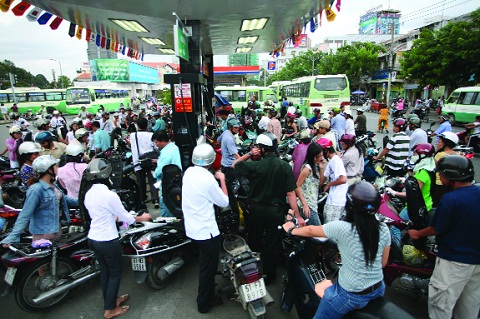