Shift in US-China relations depend on Biden’s priorities

March 10, 2021 | 18:11
Tweet Email Print
US President Joe Biden’s team will use “all available tools” to tackle what it sees as China’s unfair trade practices, according to a new report on the trade agenda of the United States. But with domestic pandemic recovery the top priority for the new president, and apparent paranoia surrounding the tech prowess of the major powers, it remains to be seen if and when further goodwill will truly emerge between the two.

A document released last week on the new US trade direction formalised statements made by Joe Biden and members of his team in the last few months on how they will handle China and other trade priorities.

The Biden administration is conducting a comprehensive review of US trade policy towards China as part of its development of its overall China strategy, read the report. “Addressing the China challenge will require a comprehensive strategy and more systematic approach than the piecemeal approach of the recent past,” it added.

The report outlined a few “detrimental actions” from China, such as barriers to re-strict market access and unfair subsidies. “They also include coercive technology transfers, illicit acquisition, and infringement of American intellectual property, censorship and other restrictions on the internet and digital economy, and a failure to provide treatment to American firms in numerous sectors comparable to the treatment Chinese firms receive in those sectors in the United States,” the document said.

Biden’s administration will cooperate with partners and allies to make sure that China lives up to its trade obligations. It will work with such allies to “implement necessary reforms to the World Trade Organization’s substantive rules and procedures to address the challenges facing the global trading system, including growing inequality, digital transformation, and impediments to small business trade,” the report explained.

If confirmed, Tai will inherit a long list of unresolved trade and tariff disputes from former President Donald Trump’s administration. The list includes elevated tariffs that the US and China slapped on each other’s goods during Trump’s term, as well as China’s lagging purchases of US goods under the “phase one” trade deal.

The trade pact signed by the US and China last year put a pause to a tariff fight that threatened the global economy. Among other things, the deal requires China to buy $200 billion more in US goods and services on top of its 2017 purchases.

According to the Peterson Institute of International Economics, China fulfilled just 58 per cent of its purchasing goals in the first year of the deal. Although it beat its targets for pork, corn, cotton and wheat, it fell behind on soybeans, sorghum, lobster, and other agricultural products. Its purchases of American energy products also fell short, achieving just 40 per cent of the 2020 commitment.

China’s Foreign Minister Wang Yi responded saying the US should scrap the tariffs, end the suppression of Chinese technology firms, and lift its restrictions on science research institutes. The most recent substantial talks between the two were in August, when Chinese Vice Premier Liu He and then US Trade Representative Robert Lighthizer agreed to continue implementing the deal. Although there has been no top-level contact on the trade front since then, insiders said talks have continued at a working level.

“We hope the consultation mechanism can resume as soon as possible,” said Lu Xiang, a senior fellow of US studies with the Chinese Academy of Social Sciences. “The phase one deal was an important sign of goodwill for China to improve the trade balance with the US, but the decline in US supply during the pandemic and Washington’s policies towards China undermined the consultation mechanism. There will be no positive outcome if the US continues with its strategic competition with China.”

Some time may have to pass until results or major decisions are made in terms of the trade dispute in particular, with the Biden administration’s making pandemic recovery the top priority and focusing on the American worker, according to the 2021 President’s Trade Agenda and 2020 Annual Report.

Workers will have a seat at the table as the Biden administration develops new trade policies that promote equitable economic growth by including strong, enforceable labour standards in trade agreements that protect workers’ rights and increase economic security, as outlined in the agenda. “The administration will engage allies to secure commitments to fight forced labour and exploitative labour conditions, and increase transparency and accountability in global supply chains,” it added.

Meanwhile, the president’s team is moving to put semiconductors, AI, and next-generation networks at the heart of US strategy towards Asia, according to Bloomberg, attempting to rally what officials are calling “techno-democracies” to stand up to China and other “techno-autocracies.”

This new framing for the US rivalry with China has been given added urgency by the sudden global shortage of microchips needed in products such as cars, mobile phones and refrigerators. The strategy would seek to rally an alliance of nations fighting for an edge in semiconductor fabrication and quantum computing, upending traditional arenas of competition such as missile stockpiles and troop numbers.

Current and former government officials, along with outside experts, said the administration’s plans in the technology sphere are a microcosm of its broader plans to take up a more alliance-oriented but still hostile approach to China after a more unpredictable approach under President Trump.

“There’s a newfound realisation about the importance that semiconductors are playing in this geopolitical struggle because chips underlie every tech in the modern era,” said Lindsay Gorman, a fellow for emerging technologies at the German Marshall Fund of the US. “It’s an effort to double down on the technological comparative advantage that the US and its democratic partners.”

It is an approach partly based on denying China access to certain technology for as long as possible, Gorman said, looking to quash Chinese juggernauts like Huawei and even taking a page from the Communist Party of China’s playbook by boosting government involvement in key industries when needed.

As the US prepares a review and legislation that would ultimately strive to bring chip manufacturing back home and to invest more in technology, the focus in US talks with China should be on ways that the two countries can cooperate and reduce the worst effects of the trade war, according to Chinese fintech expert Sara Hsu writing in The Diplomat. “The ongoing trade war is costly and should be addressed now, and time should be taken to carefully address these issues through a series of meetings between the US and China.” 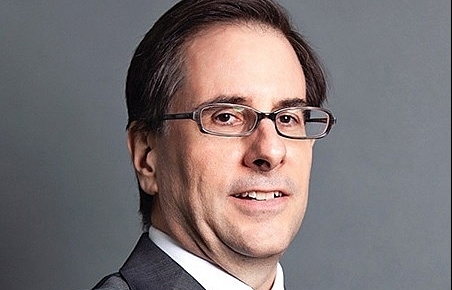