June 17, 2022 | 10:44 (0) user say
Tweet Email Print
While Vietnam plans a 7,000MW of offshore wind power by 2030, most of wind farm investors shared their concern about the bidding mechanism for the industry in a recent energy workshop in Hanoi.

Hanoi - While Vietnam plans a 7,000MW of offshore wind power by 2030, most of wind farm investors shared their concern about the bidding mechanism for the industry in a recent energy workshop in Hanoi.

In the workshop held by the Global Wind Power Association (GWEC) in collaboration with the Institute of Energy from the Ministry of Industry and Trade (MoIT), the ministry announced that it has submitted the draft Power Master Plan VIII to the Government for consideration and approval, adding the draft included a bidding possibility for investors of the offshore wind power in Vietnam.

Nguyen Thi Thanh Binh, Deputy General Director of T&T Group, said: “The roadmap for formulating and promulgating a pricing mechanism for offshore wind power projects has so far not been prepared, and there is a lack of specific and clear instructions.”

Binh added even the term of offshore wind, onshore and offshore wind power were not very clear in the current policies.

She considered the investment field was still very new to Vietnam and there were some investors who only engage in “project development" with no real purpose of investing in building the projects, thus the participation of those investors would likely distort the selection process of contractors and the actual requirements of the projects would likely not be ensured.

In this case, Binh said those investors selected for low bids may not be able to fulfill their commitments and result in failing the projects.

Mark Hutchinson, head South East Asia of GWEC, said: “Businesses have to invest billions of US dollar for an offshore wind power project, even if it is a small project, so they needs policy clarity.”

The head said it needed at least eight years for an offshore wind farm to be done and work from preparation level and getting loans for the projects was not an easy task.

He said as domestic banks have limited loans, many investors have to ask loans from foreign banks, which have to estimate risks and financial loss based on the price mechanism.

According to insiders, while Vietnam was studying and coming up with a bidding plan for offshore wind power, they needed a transitional mechanism before bidding so that they could learn from the experience of other countries to have reasonable solutions.

Hutchinson told the workshop: “No market in the world has mobilised the first 3,000MW of offshore wind power in through bidding,” adding it was necessary to implement a fixed-price transition mechanism for the first 4,000MW and then proceed to bid for the remaining 3,000MW for the period up to 2030.

Binh from T&T also said: “ It is the first stage of launching, shaping the development of a new and modern industry in Vietnam. Therefore, the Government may consider starting with a mechanism to select investors on the basis of capacity, experience, finance to develop and support the industry. It will help shorten the investor selection period, making projects to soon be deployed and put into operation before 2030."

Citing experiences from countries such as the Republic of Korea, Japan, Binh said, these countries also apply the preferential price mechanism (FIT) to promote offshore wind power development in the early stages.

Stuart Livesey, CEO of the La Gan Wind Power Development Corporation, Country Director of Copenhagen Offshore Partners (COP) in Vietnam also agreed there must be a transition period before switching to the bidding mechanism for offshore wind farm investment.

He added the offshore wind power development needs to be regulated by an effective legal framework, to attract a wide range of developers, investors, contractors, suppliers and sponsors worldwide.

He said in Taiwan (China), prices for power purchase agreements from offshore wind power projects have shown a steady decline over the past six years from the initial FIT preferential price, through the transition period and currently a competitive bidding reducing by about 60 percent from the initial tariff price.

In the role of the management agency, Doan Ngoc Duong, Deputy Director of the MoIT’s Institute of Energy, said the ministry would consider the experience of the other countries in order to promote the early stage development and create confidence for investors.

Earlier, GWEC said in its report that Vietnam with a whopping 475,000MW of offshore wind, Vietnam was poised to be South East Asia’s offshore wind leader over the next decade, but clear regulatory frameworks and support schemes must be in place to capture this potential.

The report said if Vietnam wanted to secure these early phase projects, it was time to act now or the first true offshore wind projects in Vietnam will not reach the commercial operation date until 2026 or later.

The report said it was crucial that the Vietnamese Government put in place policies now that can support the long-term sustainable development of the sector.

Thus GWEC was calling on the Vietnamese Government to take a ‘transitional’ approach to offshore wind support schemes and to incorporate a systematic and open consultation process with industry stakeholders to design future offshore wind policy.

GWEC recommended establishing a new Feed-in-Tariff (FiT) for offshore wind that can support the initial stage of 4-5GW of true offshore wind projects connecting to the grid prior to, or parallel to, an auction mechanism being implemented in a ‘Transition Phase’.

GWEC considered bidding as the help of other offshore wind markets scale-up and reduce costs quickly and could support Vietnam in doing the same. It will be crucial to set-up an auction that can transition smoothly from a FiT scheme. 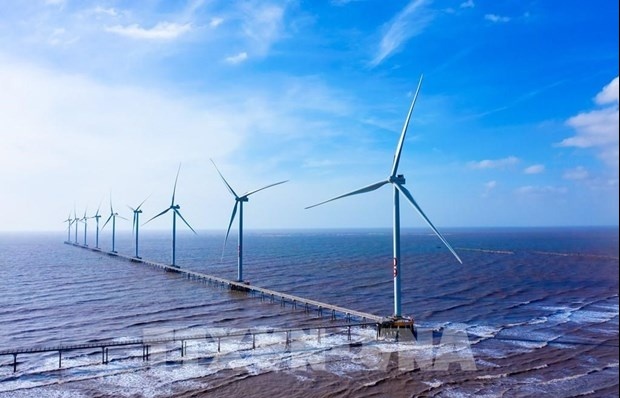 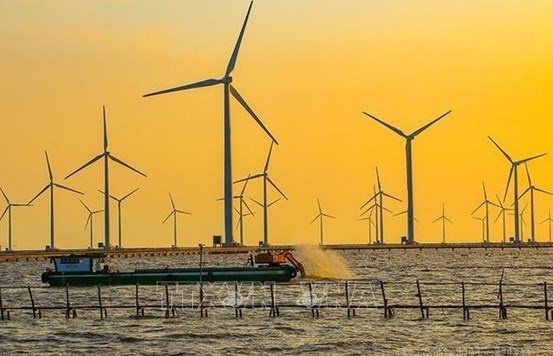