December 21, 2021 | 09:25 (0) user say
Tweet Email Print
With the contributions of the diplomatic sector, the Vietnamese economy has reaped a raft of achievements in expanding trade networks and foreign capital sources. In the coming time, foreign affairs under the direction of the 13th National Party Congress will help further enhance the country’s international prestige.

The Mekong Delta province of Ben Tre last week signed an MoU on cooperation with the Vietnamese Embassy to Belgium and Luxembourg and the Delegation of the European Union to Vietnam.

The deal is aimed to increase trade and investment ties between Ben Tre and the EU in some sectors, such as high technology, renewable energy, and water treatment in service of agriculture and tourism.

The signing ceremony was one of the outcomes made on the sidelines of the National Conference on Foreign Affairs and the Diplomatic Conference in Hanoi last week, which featured the online and physical participation of thousands of delegates who discussed issues of economics, trade, investment, defence and security, culture, and society, as well as the Party and the state’s foreign policies.

According to the Ministry of Foreign Affairs (MoFA), it is expected that there will be more such MoUs to be inked, which will help localities expand their trade and investment with foreign countries under the support of the diplomatic sector.

“In the 2019-2021 period, localities signed over 200 international agreements with foreign localities, enterprises, and organisations, in a bid to expand markets for the domestic localities’ products and also help them attract more foreign direct investment (FDI),” said MoFA Deputy Minister To Anh Dung.

“Over the past two years, the diplomatic sector has weathered difficulties and made flexible adaptation to gradually implement the 13th National Party Congress’ Resolution with relatively comprehensive results.”

Prime Minister Pham Minh Chinh stated that while the path ahead remains arduous, Vietnam is fully confident. The 35-year journey of doi moi and international integration, and the country’s experiences in undergoing numerous crises in the region and the world have provided Vietnam with invaluable lessons. One of those is to transform risks into opportunities.

“The time of hardship poses two major issues for us. Firstly, how can we pursue socioeconomic recovery and development while safely adapting to and effectively containing the pandemic? Secondly, how can we find opportunities amid countless hurdles to create fresh impetus for growth, and harness prevailing trends of the time for development?” PM Chinh said.

Over the past two years, with the concerted efforts of the entire political system and people, and the assistance from friends, partners, and the business community at home and overseas, Vietnam has managed to fundamentally overcome a period of tremendous hardships.

Vietnam has a highly open economy, with 17 free trade agreements (FTAs) spanning over 60 countries. Under these FTAs, import tariffs of almost all goods and services will be reduced and eliminated over certain periods, making it favourable for member states to boost their trade and investment within the trade blocs.

Vietnam also has a robust market of nearly 100 million people and enjoys favourable conditions, such as institutions, infrastructure, geographical location, and sociopolitical stability. In this connection, Vietnam continues to assert itself as an attractive destination that offers numerous opportunities for businesses and investors.

The government stated that Vietnam’s economy has increased 1.4 times in scale within five years, becoming the fourth-largest economy in ASEAN, ranking 37th worldwide. In infrastructure alone, Vietnam has a great demand for investment until 2030, totalling up to $30 billion per annum.

According to the Ministry of Planning and Investment (MPI), the socioeconomic situation in Vietnam has steadily recovered and witnessed encouraging progress by late November, with the pandemic fundamentally under control and the economy being reopened. From January to November 20, total registered FDI capital hit $26.46 billion, up 0.1 per cent on-year, and realised capital surpassed $17.1 billion. The 11-month export turnover reached $299.67 billion, up 17.5 per cent on-year.

The Ministry of Industry and Trade forecast that in 2021, Vietnam’s total export-import turnover will hit a record figure of $640-645 billion.

New research titled Future of Trade 2030 by Standard Chartered projected that global exports will almost double from $17.4 trillion to $29.7 trillion over the next decade.

“Vietnam is a driver of global trade growth, with its exports projected to grow at an average annual rate of more 7 per cent to cross $535 billion by 2030,” stated the report.

Additionally, the research found that 41 per cent of global corporates currently do or plan to manufacture in Vietnam within the next five to 10 years. This is evidence that Vietnam will be a major driver of global trade growth over the next decade.

“Vietnam is a growing global manufacturing hub as foreign firms continue to invest in the market, incentivised by the availability of labour, geographical proximity to global supply chains, and its foreign direct investment-friendly policies. The country also benefits from strengthening international integration through multiple FTAs, allowing it to expand its exports, move up the value chain across sectors, and create skilled jobs,” said Michele Wee, CEO of Standard Chartered Vietnam. “We are very positive about Vietnam’s future trade growth and committed to offering our support by leveraging our unrivalled international network and deep local knowledge.”

According to the MPI, as of November 20, total accumulative FDI into Vietnam hit $405.9 billion for over 34,420 valid projects from 141 nations and territories.

Vietnam has had more than 50 bilateral and multilateral donors, with total committed official development assistance (ODA) of over $90 billion for the country.

“This achievement has been contributed to by the diplomatic sector, which has actively been seeking more ODA for Vietnam,” said MPI Minister Nguyen Chi Dung.

The MoFA also reported that the diplomatic sector has contributed to helping Vietnam attract a large sum of overseas remittance, at $17.2 billion in 2020 and an expected sum of over $18 billion this year.

MoFA Deputy Minister To Anh Dung said that the 13th National Party Congress has determined the position and pioneering role of foreign affairs in creating and maintaining a peaceful and stable environment and mobilising external resources for national development. The congress has pointed out a policy to develop a comprehensive and modern diplomatic sector with three key pillars including Party diplomacy, state diplomacy, and people-to-people diplomacy.

“The sector’s comprehensiveness is demonstrated in its role in directly serving localities, enterprises, and each citizen, in addition to serving political tasks at the macro level as it has been doing over the past years,” Dung said.

MoFA Minister Bui Thanh Son underlined the tasks ahead for the diplomatic sector to further contribute to national development and protection.

“We will synchronously implement tasks on maintaining a peaceful and stable environment while resolutely protecting the country’s sovereignty, unity, and territorial integrity, mobilising all external resources for socioeconomic development and enhancement of the country’s prestige. We will also continue expanding and further sharpening diplomatic ties with a focus laid on relationships with neighbouring nations, important partners, and traditional friends, while promoting the role of Vietnam at important multilateral mechanisms such as ASEAN, the United Nations, the Asia-Pacific Economic Cooperation, and the Greater Mekong Subregion.” 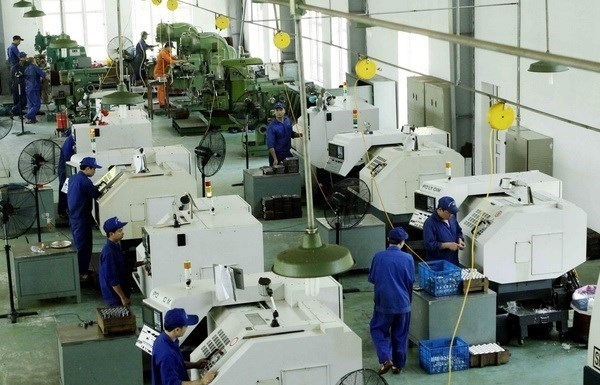 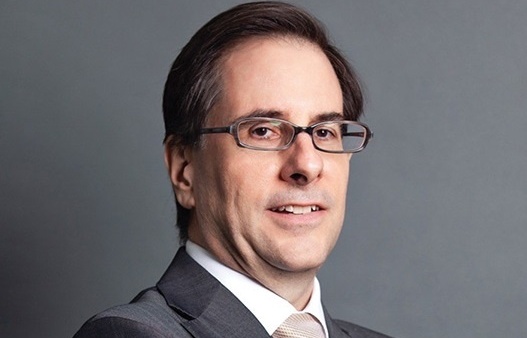