May 09, 2022 | 13:00
Tweet Email Print
Within just a year, the northern province of Hai Duong moved up 34 notches in the provincial competitiveness index to 13th position, surpassing the target set for 2025 – and demonstrating its efforts to improve the local business environment.

Through the provincial competitiveness index (PCI) – the tool reflecting the quality of provincial economic governance, jointly implemented by the Vietnam Chamber of Commerce and Industry (VCCI) and the United States Agency for International Development – Hai Duong has been highly recognised and appreciated by businesses for the efforts of the local authorities the past year.

Hai Duong’s efforts to improve the business environment are recognised within eight of 10 increased subindices – two of which increased strongly and ranked first in the country: the Government Proactivity index of 8.24 points (up 3.15 points) and the Policy Bias reaching 8.38 points (up 3.25 points).

Dau Anh Tuan, PCI Project director and head of the Department of Legislation under the VCCI, said that, according to the assessment of the local business community, the treatment towards foreign-invested enterprises (FIEs) and domestic ones must be further improved.

However, in Hai Duong, the survey on the effectiveness of the provincial government’s response to COVID-19 showed that both FIEs and local firms highly appreciated the quality of provincial governance.

Chairman of Hai Duong People’s Committee Trieu The Hung said that this is a highly positive result, marking the efforts and determination of Hai Duong in improving the local investment environment.

“Hai Duong’s anti-pandemic efforts in 2021 yielded fruition based on the situation, helping to remove obstacles for businesses to stabilise production. Particularly, early vaccination has also helped local businesses to avoid production postponement during resurgence of the pandemic,” said Hung.

As a result, the province’s budget revenue in 2021 surpassed $913 million, up $304.3 million compared to the projection. Hai Duong posted double-digit growth in the second half of last year, bringing its whole-year growth to 8.36 per cent.

Member of the Party Central Committee and Secretary of Hai Duong Party Committee Pham Xuan Thang acknowledged a bottleneck in Hai Duong’s development – that is, the slow improvement of the local business and investment environment.

In fact, the PCI rankings from 2006 to 2020 showed that Hai Duong’s PCI tended to go down and the province was often in the group of localities with low management quality.

In 2019, Hai Duong’s PCI moved eight notches, but only ranked 47th out of 63 cities and provinces in the country, and ranked 10/11 in the Red River Delta. In 2020, despite maintaining the position, the province’s score decreased by 1.33 points, reaching only 62.52 points.

To drastically improve the provincial economic management quality as well as the local business and investment environment, Thang noted that changes must come from the leaders, helping to create strong spillover effects.

Besides this, Hai Duong considers attracting and managing investment effectively and sustainably. The province has been speeding up the review and adjustment of construction plans for diverse sectors and fields. The plans are made public, creating favourable conditions for businesses and investors to study, propose, and deploy investments.

The province has also established a task force specialised in providing timely support to help businesses weather difficulties, ensuring that they can always enjoy the assistance from local management agencies during the process of investment survey and project execution.

Hai Duong has also reported remarkable achievements with administrative reforms in 2021. Business establishment registration has been shortened from three to two days, and investment registration certificates can now be obtained within seven instead of 15 days.

Also, the time to process land allocation and land lease procedures for newly established enterprises that change from business households has been reduced to less than 10 days. The issuance of work permits for foreigners was also reduced from seven days to three days, among others.

“Hai Duong also focuses on the implementation of public administrative services to both modernise management and ensure accuracy in handling procedures to serve people and businesses effectively. In addition, the province enacts regulations on coordination of the local state management agencies to smoothen the implementation of administrative procedures,” Chairman Hung noted.

The province aimed to move up five places in the PCI rankings in 2022, and by 2025, strives to be in the top 20. But with clear and specific solutions, this goal has already been surpassed in 2021.

With respect to Hai Duong, although the province’s PCI results are positive, two subindices have dropped: that on entry costs went down 0.34 points to 7.24 points, while labour training fell by 0.82 points to 6.64 points.

Looking at the 5-year period from 2017, many indicators showed slow improvements or even a decrease in points, such as subindices on transparency and business support services.

“Through the PCI tally for 2021, Hai Duong has visualised the results of provincial reforms last year. We clearly identify the limitations to be able to have timely policy adjustments and solutions for implementation this year and beyond. These moves must be implemented with utmost commitment, responsibility, and with an innovative mindset,” said Secretary Thang. 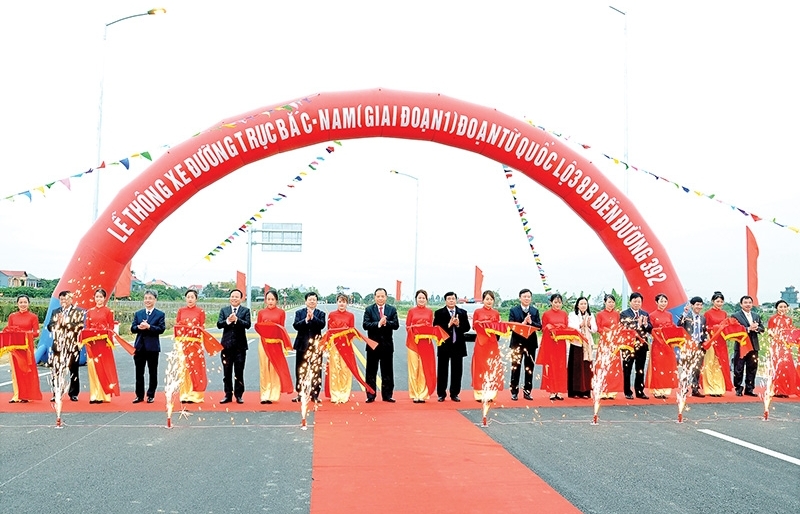