September 04, 2019 | 09:49 (0) user say
Tweet Email Print
Maybe not even the inferno at local bulb manufacturer Rang Dong (code: RAL) will help its competitor Dien Quang (code: DQC) overcome its two-year crisis to get back in the game.

“The fire not only caused Rang Dong VND150 billion ($6.52 million) in damages, but also blew off many investors’ expectations,” said Le Hang, investment consultant partner at a security company in Hanoi. “Rang Dong slipped, it is understandable that Dien Quang is in the limelight.”

However, Dien Quang's weak performance over the past two years makes a potential revival a far prospect. Since late 2016, securities companies have been gloomy about the bulb company's prospects. Accordingly, despite the growth in revenue, which remains above hundreds of millions of US dollars per annum, its profit has been falling since 2014.

Dien Quang's exports have also been finding it difficult to compete with Chinese companies, which offer LED products at a more reasonable price. To add salt to injury, the General Department of Tax in April issued the decision to collect nearly VND38 billion ($1.65 million) in tax from the company, equalling 63 per cent of its expected pre-tax profit in 2019.

In the face of these mounting difficulties, Rang Dong having its legs swept from under it may not be enough to put Dien Quang back on track.

On the other hand, Rang Dong's performance is unpredictable, according to information published at its 2019 shareholders' meeting. In 2015, its key products contributed 69 per cent of ts total revenue, which by 2018 fell to 16.6 per cent. “Rang Dong targeted achieving a profit growth of 25.6 per cent in 2018, but only reached 21.1 per cent – a sign of tough operations in years ahead,” said Nguyen Doan Thang, chairman of Rang Dong.

The recent fire has put Rang Dong into a corner. The company estimated that the damage is equal to VND150 billion ($6.52 million), but analysts speculate it could be even higher than that. As of the end of the second quarter of 2019, its total debts accounted for nearly 70 per cent of its total capital. Relating to its first-half performance, Rang Dong’s revenue was four times as much as Dien Quang, but their gross margins were similar.

This shows that Rang Dong has been using huge loans to improve its operations and has been running lower profit margins to increase its market share. Specifically, its interest expenses and sales costs were ten and six times as much as Dien Quang's.

While this strategy has helped Rang Dong get ahead of Dien Quang in recent years, it is a double-edged sword that can have severe repercussions if the company runs into trouble.

The RAL stock's recent fall made investors concerned about the company's prospects. “RAL’s market price shrank by 12 per cent in only two sessions, everybody is worried,” said Hang from a security company in Hanoi. 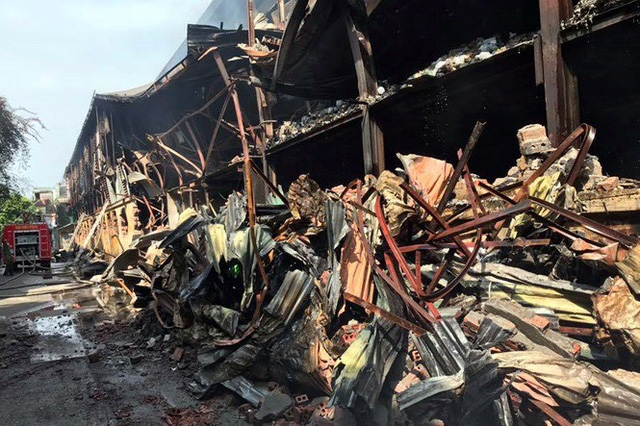 A scene of devastation and danger after Rang Dong inferno 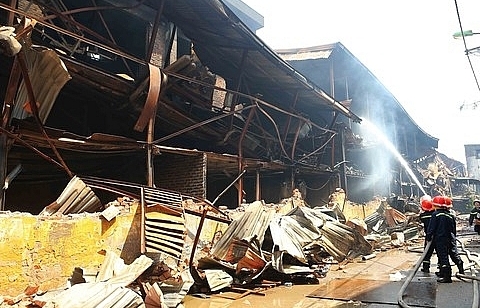 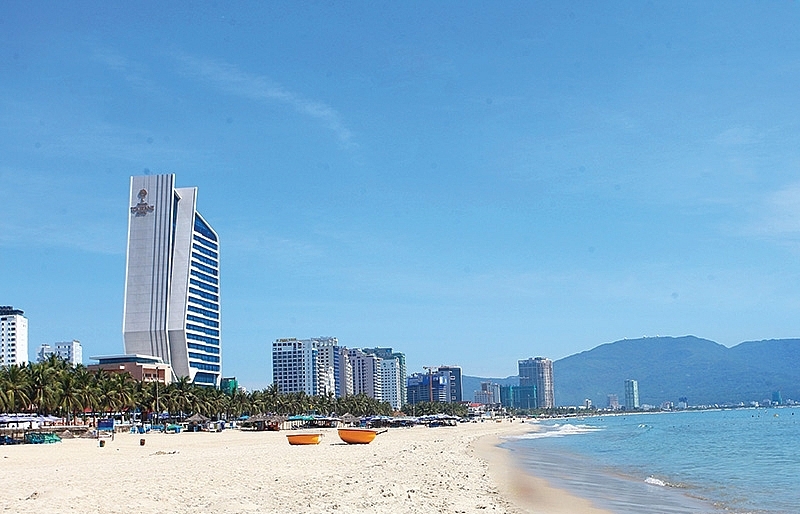 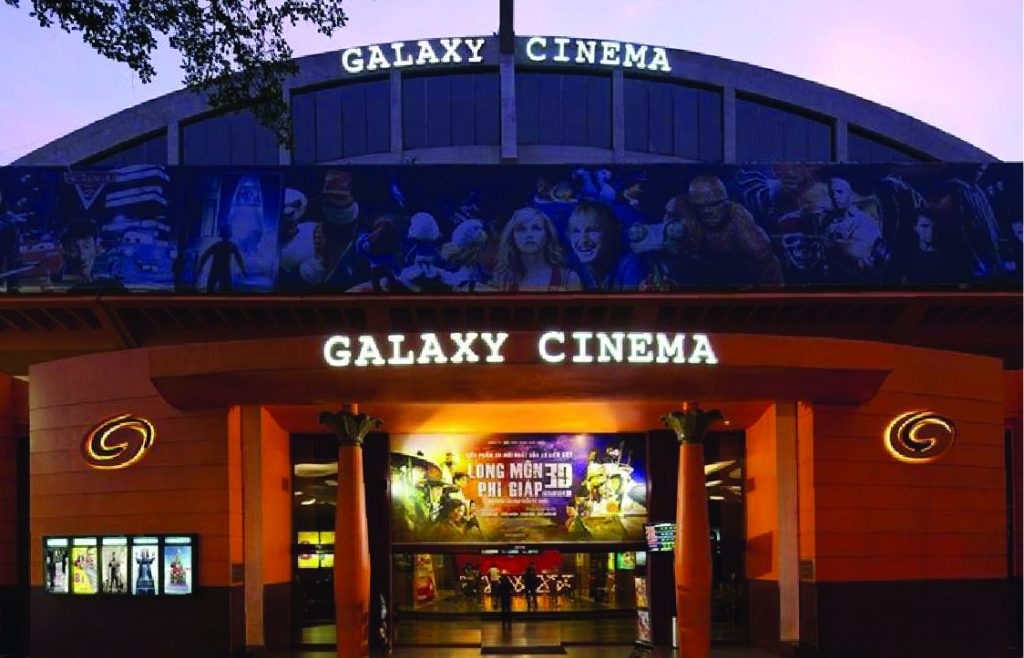 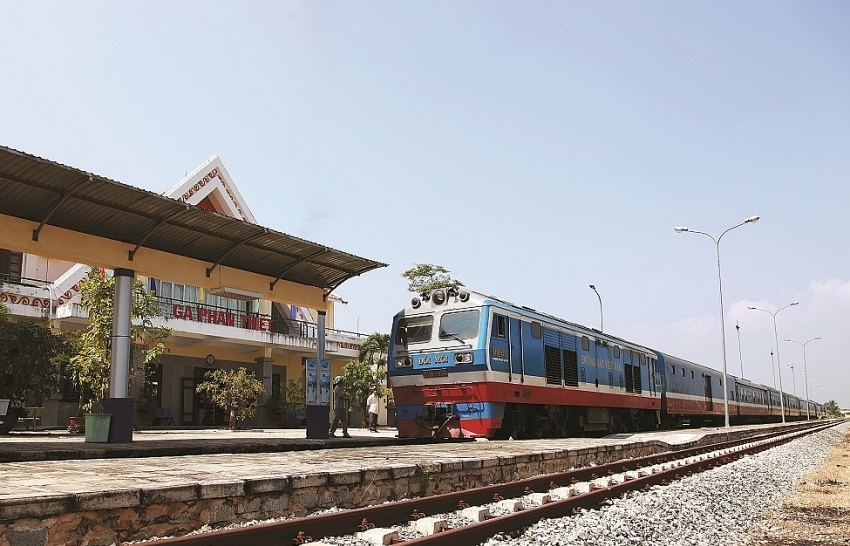 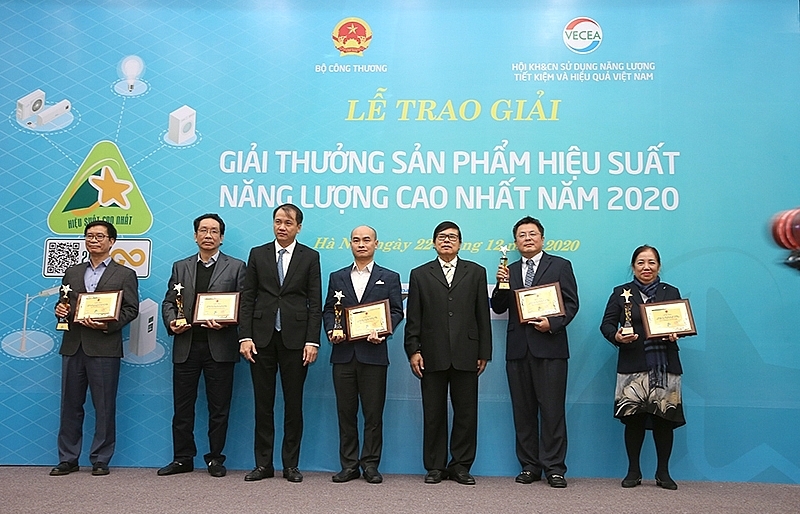