Cooperation to raise next generation of agri-biotech experts: Monsanto-VNUA

May 18, 2016 | 21:58
Tweet Email Print
Two years after its launch, the Monsanto-Vietnam National University of Agriculture (VNUA) scholarship programme has been encouraging thousands of VNUA students and professors. On the basis of the programme’s success, Dekalb Vietnam has recently signed a cooperation agreement with Monsanto and VNUA to grow the country’s biotech human resources through training, internship programmes, as well as job opportunities.

Nguyen Huu Duc, deputy head of VNUA’s Biotech Department, said that the Monsanto-VNUA scholarship not only encouraged students to learn but also gave them the chance to do research when they are still in school. It also helps professors that join in these projects to gain more experience.

“Biotechnology is a new area in the field of agriculture, but it is going to be the core of the field in the future. Therefore it is good that companies in agriculture support the training of agri-biotech human resources,” he added. “The scholarship gives money to exceptional students, while the projects teach them teamwork and presentation skills, as well as give them a clearer idea of where to go in their future careers.”

Two years after launching, the Monsanto-VNUA scholarship has been encouraging students to study and research biotechnology. Nguyen Duc Chinh, a senior at VNUA and one of the first five students to receive the scholarship, received VND42.5 million in his junior year. “The scholarship helped me in my studies. I bought a computer and some school materials and paid my tuition fees. It is a dream sum of money for a student,” he said.

He was part of a project to produce biofuel from freshwater green algae. “Since the launch of the scholarship, students have been studying harder to accomplish themselves and get it,” he remarked.

He also had an internship with Dekalb, where he had the chance to work in a professional and active but very friendly environment, and learned about the process of corn cultivation, seed technology, and distribution channels, as well as got a closer glance at the weed and pest situation on the corn fields. “I really want to become an employee of Monsanto and work in an international environment,” Chinh said.

Tran Thi Thao’s research project on the Xanthomonas Oryzae.pv oryzycola bacteria (bacterial leaf streak) that affects rice in the north of Vietnam earned the first prize in the university’s 2016 Student Research Contest. On May 20, Thao and her group are going to bring the project to the second national conference on Research and Teaching of Biology in Danang.

“The project is sponsored by the Monsanto-VNUA scholarship. I am sure we will learn a lot, gain research and real life experience, as well as teamwork and independent work skills. These are very important to us after we graduate,” Thao said.

“ The scholarship had massively positive effects on the school. It encourages students to study, research, and create. It also contributes to students’ striving for excellence and gives them the opportunity to grow as individuals, as well as contribute to Vietnam’s biotech sector,” Nguyen Duc Bach, deputy head of VNUA’s Biotech Department said.

“The scholarship helps VNUA support its biotech students to come up with revolutionary and practical ideas. The money from the scholarship helps students financially and gives them the chance to access materials that enable them to join programmes in other countries,” he said.

After two years of the scholarship, we have better foundations to think that the investment is a good one. The recipients of the scholarship have a better view of their career and they all make effective use of the money,” she said.

Also according to Nhi, besides the scholarships, Dekalb Vietnam supports VNUA in a variety of ways to improve the training of biotech human resources. On May 13, 2016, Dekalb Vietnam signed a Memorandum of Understanding with VNUA on building a training programme, accepting students into the company for internships, and prioritising VNUA students in their recruitment process.

Before signing this MoU, Dekalb accepted 10 students from VNUA on an internship and recruited 15 more for work at Monsanto. Dekalb Vietnam also employs numerous VNUA graduates, some of whom are members of the Board of Directors, such as Lai Phu Hoang, head of Research and Development, and Nguyen Hong Chinh, head of Marketing.

Nhi said that VNUA graduates were strong in theoretical knowledge, but would need more field experience and skills, such as teamwork and communications. They also need to improve their foreign language skills in order to fit into a global company like Monsanto. 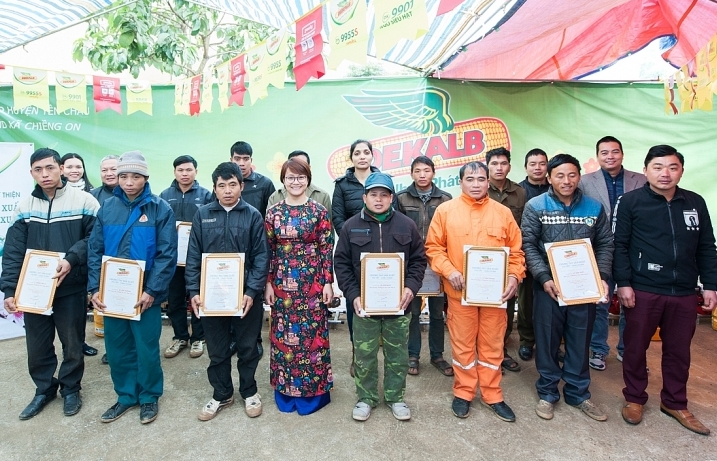 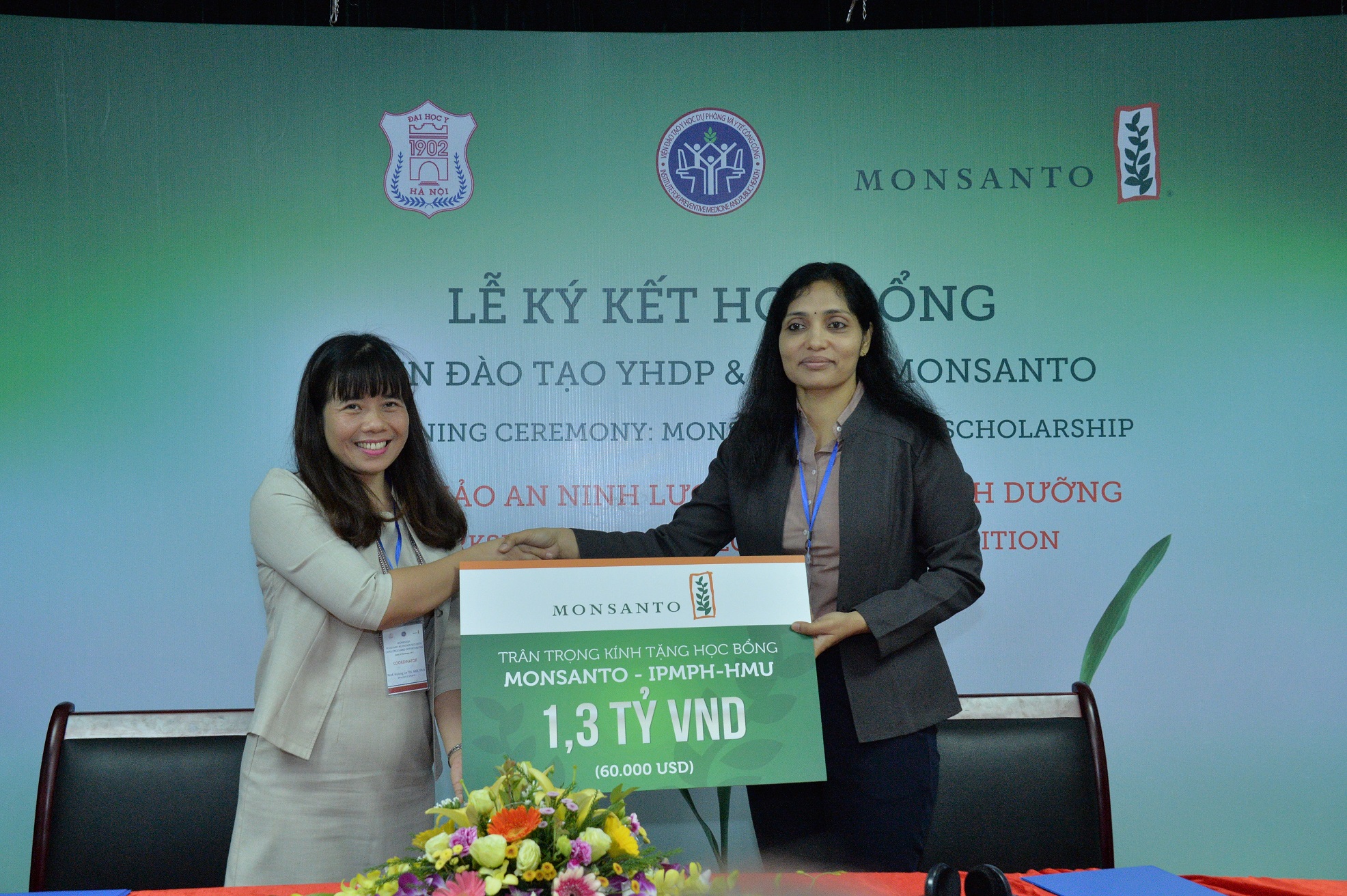