Car sales rise on back of new model arrivals 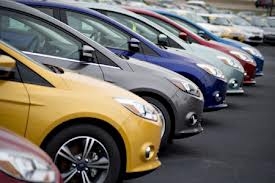 Ford Vietnam reported sales of 536 units last month, ten more than they achieved in September, while Toyota Vietnam saw their sales rise by 230 to reach 2,500.

Some automobile makers attributed the increase to contracts that were signed at the Vietnam Motor Show 2012 held in Hanoi in September. However, it has often been the case that more customers buy automobiles towards the end of the year.

The car companies have said that despite the slight recent increase, the figures as a whole represent a sharp decrease compared to sales over the same period last year. Toyota Vietnam 's sales reduced by 500 units compared to October 2011, while Truong Hai sold 749 fewer, GM Vietnam 390 fewer and Ford 116 fewer.

October saw the most successful sales of the year at Mercedes-Benz Vietnam a record for a single month, a rise of 66 per cent compared to average month of the other quarters.

In the first 10 months, Vietnam 's entire auto industry figure was down by around 40 per cent. But Mercedes-Benz retained its No.1 position.

During the Vietnam Motor Show 2012, 75 orders and more than 150 follow-ups, were received with customer support campaigns and enhanced after-sales service activities.

Experts said the market could struggle to reach sales of 100,000 units following several months of gloomy business results and no late surge expected. Last year's sales were over 140,000 units.

The industry has principally blamed the economic downturn for this worrying trend. They have also claimed that potential consumers are worried about possible car fees being introduced by the Ministry of Transport.

Earlier this year the ministry proposed that in the future every car owner should be required to pay between 20-50 million VND per year in a move to try and restrict rising car numbers that will cause chronic traffic congestion.

However, the ministry has admitted that such fees will not be introduced during the next few years, and have committed to taking advice from relevant ministries and public opinion before reaching a final decision.