April 07, 2021 | 13:00
Tweet Email Print
More than the length of four football fields, it took an almighty international effort to free the Ever Given cargo ship from the Suez Canal. Now discussion turns to how it happened, how quickly the fallout can be managed, and what it means for trade moving forward for regions including Southeast Asia.

The combination of two high-power tugboats and a tide that swelled to its highest point in months with the full moon helped to finally free the Ever Given vessel from the banks of the Suez Canal last week.

The Dutch-led salvaging unit said nature and logistics aligned, ensuring that the week-long operation did not stretch out for more weeks as initially feared. For five days and nights the team of Dutch, Egyptian, and Japanese workers dredged huge amounts of sand and attempted to pull the vessel free using nearly a dozen standard tugboats.

“But the real work could only begin once the two powerful seagoing tugs arrived,” said Peter Berdowski, chief executive of Dutch dredging firm Boskalis. “We always thought that what happened until that point would help a bit, but wouldn’t be enough.”

The Ever Given is an international corporate combination: a Panama-flagged ship owned by a Japanese company, crewed by Indian nationals, and operated by Taiwan-based Evergreen Group. And until last month, it had been virtually accident-free according to people familiar with Evergreen Group. So it came as a shock to those in the industry when the world’s most important trading channel became blocked.

“I have never seen a container vessel this large grounded so hard in a canal that way,” Lindsay Malen-Habib, president of the American Salvage Association, told Bloomberg. “This is a first that I can remember.”

After finally hauling its 220,000-tonne bulk down the Suez a week after blocking the essential waterway, the Ever Given container ship will now become the focal point of a battle over who will pay for its rescue.

Insurance company Allianz estimated that each day of the blockade was costing between $6-10 billion in losses in trade owing to ships stuck on either side, and up to $15 million a day for the canal itself.

“We managed to refloat the ship in record time. If such a crisis had occurred anywhere else in the world, it would have taken three months to be solved,” said Osama Rabie, the head of the Suez Canal Authority (SCA).

But questions over who will face the consequences financially are likely to puzzle insurers and investigators, potentially for years. Investigators boarded the ship, now at anchor in the nearby Great Bitter Lake, last Tuesday to find answers on what caused the grounding and who is ultimately responsible.

The Ever Given’s technical operator, Bernhard Schulte Shipmanagement blamed strong winds. “Initial investigations rule out any mechanical or engine failure as a cause of the grounding,” it said. Experts pointed to the “sail effect”, when containers piled high on top of a large vessel are more susceptible to strong winds.

Others have disagreed, with reports including that the Ever Given lost power. The SCA said initially the ship lost the ability to be steered in high winds and a dust storm, although Rabie later added that “technical or human errors” may be at fault.

The law firm Clyde & Company estimated that the Ever Given may be worth up to $110 million, while the value of the cargo could stretch to another $500 million. “This case may well involve the largest salved fund of any container ship casualty to date,” it said.

Meanwhile, the fallout from the incident has disturbed commodity markets and threatened to damage an already distressed global supply chain.

The Ever Given choked off the shortest shipping route from Asia to Europe, and the trade volume that passes through usually includes large volumes of crude oil and natural gas. Not only do tankers travel north from Persian Gulf countries to Europe, many vessels carrying Russian energy resources travel south through the canal bound for destinations in Asia.

The Sumed pipeline, with one terminus at the Suez Canal, handles 9 per cent of the oil transported globally and 8 per cent of the liquefied natural gas, according to the US Energy Information Administration.

While some ships sat and waited for a resolution, others decided to take the risk of travelling additional thousands of miles around South Africa, delaying cargo arrivals by over a week at least and causing chaos for industries that work on a “just-in-time” supply chain basis. One Shanghai-based executive at an international chemicals logistics firm, which had dozens of containers stuck on the Ever Given, said “It’s damned if you do, and damned if you don’t.”

Shipping volumes were bouncing back globally since the beginning of 2021. Combined with a widespread shortage of containers and long waits to unload cargo on the US west coast, shipping rates have soared in recent months.

While shipping companies are now figuring out how to account for the possible impact of the Suez blockage in their rates, the incident is likely to stretch logistics providers even thinner and destabilise the shipping market for some time to come.

Global supply chains are already under pressure from a range of factors, from a shortage of semiconductors to the deep freeze and large-scale power outage in Texas. Toyota Motors halted a plant in the Czech Republic for 14 days starting last week, and Ford announced that production losses in the United States and Europe could dent its full-year pre-tax income by up to $2.5 billion.

Elsewhere, other Asian and European businesses were having to weigh up contingency plans. Businesses expected freight costs to climb and shortages of shipping containers to worsen, after already enduring months of higher costs and delays due to already stretched supply lines during the pandemic.

The Wall Street Journal reported that owners of firms in China’s eastern Zhejiang province said several clients were considering sending goods by rail to Spain and Germany instead of dealing with potential delays, while others were forced to consider airfreight. But rail or airfreight are not deemed viable alternatives in many cases because of the volume of the cargo or the higher costs involved.

“To put things in perspective, if you were to put the entire 20,000 containers on the Ever Given on a plane, you’d need 2,500 Boeing 747 air freighters,” said Tim Huxley, chairman of Hong Kong-based Mandarin Shipping Ltd.

The cost to ship a 40-foot container box from China to Germany was around $2,000 before the pandemic hit – and it has more than tripled to over $7,400 in recent months, while the price for sending containers via rail is around $8,000 now.

In fact, according to some estimations, the average rate for sending a 40-foot container from China to Europe in general had already surged 10-fold since the start of the year. “The price has gone up further in the past few days,” said Daniel Harlid, a vice president at Moody’s, just over a week ago. “We expect freight rates to rise, and we expect containers to be extremely short in the next 6-8 weeks.”

Even companies that do not use the Suez are bracing for an impact. Russian steelmaker PAO Severstal gets coal and iron ore from local sources and does not send its finished product through the canal. “But obviously, freight costs went up everywhere, and we need to calculate how that will affect us,” said Alexey Kulichenko, the company’s CFO.

However, the incident is not likely to affect the delivery of a large number of semiconductor chips, which are mostly transported by air. “Preserving a consistent humidity level is important for semiconductors, which is why more than 98 per cent of chips are transported using air couriers globally,” explained Ju Seo-Hyun, director of sales in South Korea for component distributor Fusion Worldwide.

Asia’s overall crude oil imports also have not been heavily affected so far, as a large majority of North Sea, US, and African crude bound for East Asia and Southeast Asia is delivered via the Cape of Good Hope.

According to commodity research house S&P Global Platts, Asian buyers had already been shunning Mediterranean light sweet crude, which tends to travel via the Suez, for around a year as it has become more expensive than its European equivalent, helping to limit the impact from the Suez blockage.

The Suez Canal was famously shut down for eight years from 1967. Egyptian and Israeli forces faced off across the waterway that year during the Six-Day War and again in 1973 during the Yom Kippur conflict. It was not until 1975 that the canal was cleared of sunken ships and reopened for business. 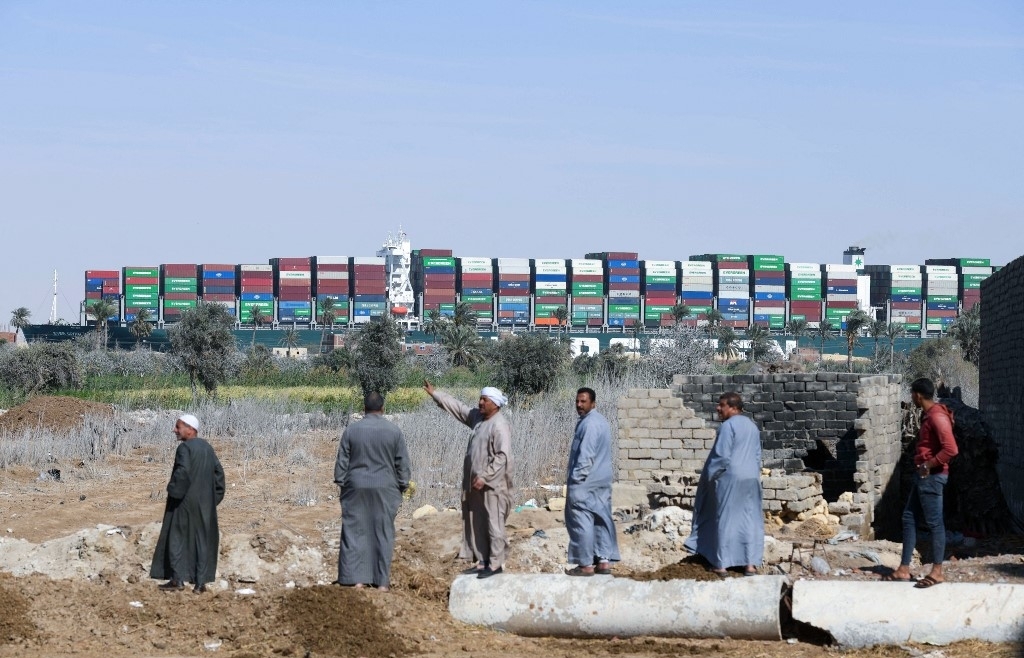 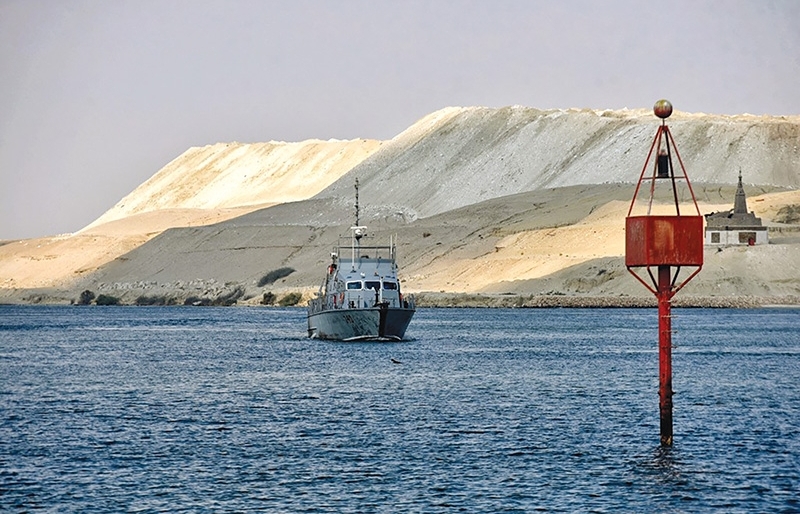 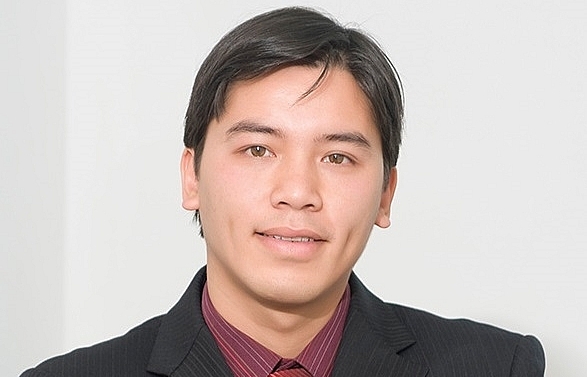 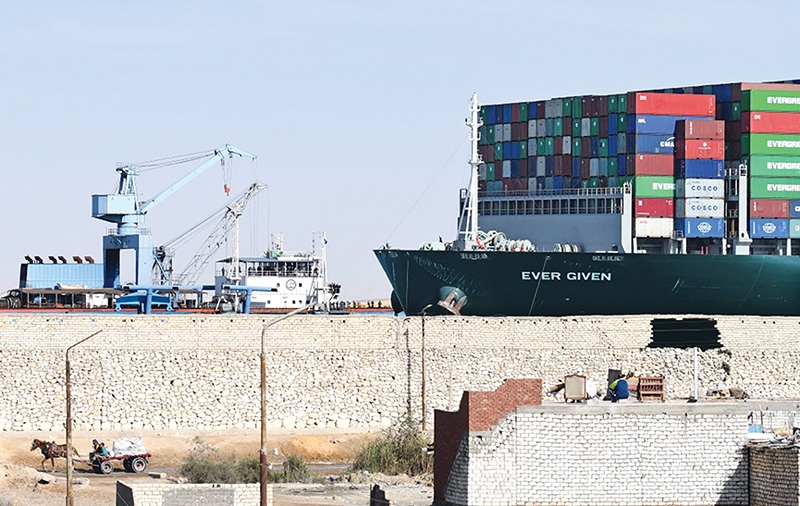 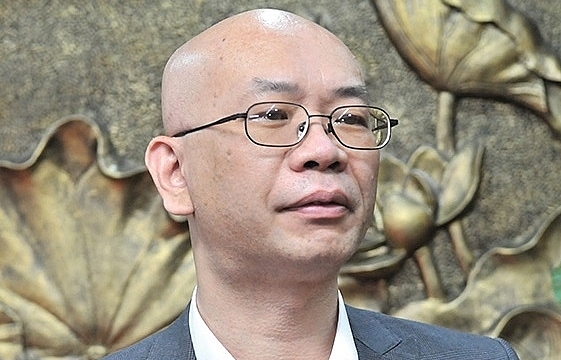