September 24, 2020 | 00:19
Tweet Email Print
The Ministry of Finance’s proposal on reducing conditions for casino investment, if adopted, could ease burdens for financiers as the entertainment sector scrambles for a way out of the pandemic mire – but long-standing restrictions may still block the path to true progress.

The Ministry of Finance (MoF) has sent a document to the prime minister to propose amendments to the government’s decree on casino businesses, in which the ministry proposed to cut a number of investment conditions as well as rules on minimum capital an interested party must allocate before being granted a certificate for such development projects.

The MoF is looking to keep the minimum capital threshold at $2 billion; however, it wants to allow further investment in economic zones when calculating the base amount of capital that needs to be disbursed in order to receive authorisation, which current regulations forbid, but such investment cannot exceed 50 per cent of their investment in the casino project.

This is not the first time the MoF has put forward similar ideas, but the new official proposals come in the context of the COVID-19 outbreak which has damaged GDP, closed businesses, and affected the unemployment rate.

The Vietnamese government has been trying to recover and stabilise the national economy by issuing new and improved policies targeting administrative procedure relief upon the business community across the country.

If approved, the change could encourage some investment into casino resort and infrastructure ventures connected to the country’s special administrative economic zones.

Dr. Oliver Massmann, general director of Duane Morris Vietnam LLC, told VIR “The MoF’s proposal to amend and supplement Decree 03 on casino businesses might be an action by the government to recover the economy with a specific aim on the hospitality industry – which has suffered the greatest consequences from the novel coronavirus outbreak.”

The proposal looks to assist in the loosening of procedures in order to attract more capital flow into a heavily-restricted sector in Vietnam.

In many other countries, major casino developers have built and operated well-known facilities in property complexes, which combine casinos with many other facilities such as conferences hall, hotel rooms, restaurants, and other leisure facilities. Those complexes generally operate successfully and the governments of those countries have the option to invest the profits back into public facilities.

In contrast, casinos in Vietnam are few and far between, with major restrictions on potential customers depending on their origin and income status.

In 2017 Vietnamese people were allowed to gamble at select casinos, with one facility on Phu Quoc Island chosen as the first to open to nationals. But the number of locals visiting casinos has not increased despite the traditional perception of the Vietnamese fondness for gambling.

Analysts blame this on the stringent entry policies – interested gamblers need to provide proof of a monthly income of at least VND10 million ($435). While many tourists or expatriates qualify on this count, they often forget to bring documents to prove it, or are not aware that they even need to. And before the pandemic, Vietnamese nationals wealthy enough to gamble on a regular basis would travel overseas in order to do so in a more professional setting.

Groups attempting to build on the casino business in recent years have reported reduced revenues and losses that have only gotten worse due to 2020’s pandemic.

Last year, a series of casinos in the northern province of Quang Ninh’s Halong and the southern province of Ba Ria-Vung Tau’s Ho Tram continuously reported losses. The 2019 consolidated financial statements of Hoang Gia International JSC, the operator of The Royal casino in Halong, recorded a loss of over VND72 billion ($3.13 million). The casino has reported a loss of tens of billions of VND annually since 2013.

Similarly, The Grand Ho Tram Resort & Casino started operating in 2013 and within three years, the owner Ho Tram Project Co., Ltd. accumulated losses of over $300 million, according to a local newswire.

Corona Resort & Casino complex on Phu Quoc Island, developed by Phu Quoc Tourism Development and Investment JSC endured losses of more than VND2.5 trillion ($109 million) across its casino and other business activities last year despite being picked as a pilot for Vietnamese nationals to play.

A casino manager in a northern province told VIR that since February the number of visitors has dropped by nearly 80 per cent, with revenues also decreasing equally. Although the casino has allowed employees to quit their jobs and minimise costs, it has lost nearly VND10 billion ($435,000) each month due to general maintenance.

A representative of Australian Securities Exchange-listed Donaco International Co., Ltd., which owns 95 per cent in the casino business at Lao Cai International Hotel joint venture, told VIR that despite the company posted a strong result in the first half of year of 2020 however overall its Aristo International Hotel revenue fell compared to the 2019 fiscal year.

Last month average daily visitations decreased by 40 per cent relative to 2019. Compared to the fiscal year prior, visitor turnover declined by 28 per cent, and net revenue by 37 per cent.

Donaco’s game revenues are much lower than its business in Cambodia. In Vietnam, Aristo International Hotel has 400 hotel rooms, multiple gaming tables and a licence allowing up to 300 electronic gaming machines. This hotel is only open for foreigners to gamble.

Pham Trung Luong, former deputy director of the Institute for Tourism Development, said casino businesses could be a very important part of the tourism sector, especially for the night-time economy.

He suggested that businesses involved in casinos should have access to large land parcels to build complexes that also offer other entertainment and shopping, while entry regulations should be simplified.

Meanwhile, Massmann of Duane Morris LLP suggested that attention should be given to other aspects of casino developments, such as land regulations.

“The process of compensation for land in large-scale entertaining complexes might discourage investors from running casino business in a country with a complicated ownership regime of land like Vietnam,” he said.

“Nevertheless, casinos should also be active in finding ways to increase profit, for example allowing Vietnamese citizens to enter as it seems borders could be closed for tourists for quite a while due to coronavirus.”

The MoF has suggested some amendments to the government decree on the casino business, one of which is to allow operators to advertise to attract more local and foreign gamblers.

In its proposal it has sent to the prime minister, the ministry also called for amending a number of regulations on the management of casino machines and equipment, inspection, revocation of licences, and other penalties for violations to ensure all casinos operate professionally. 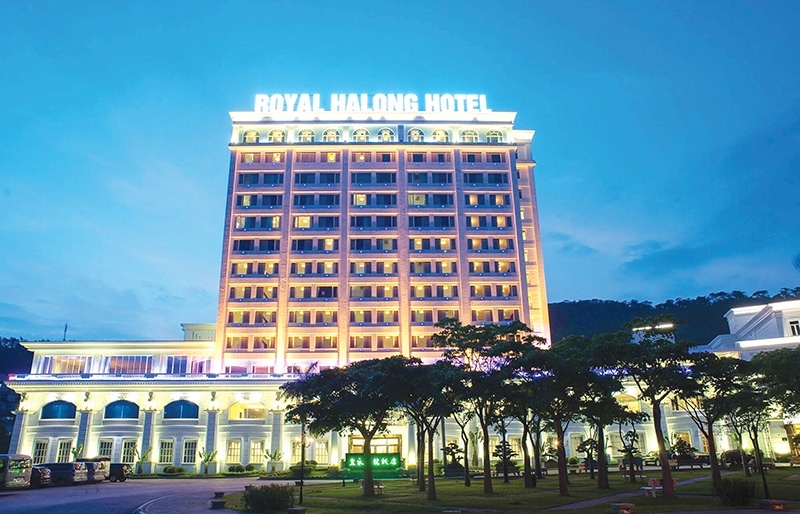 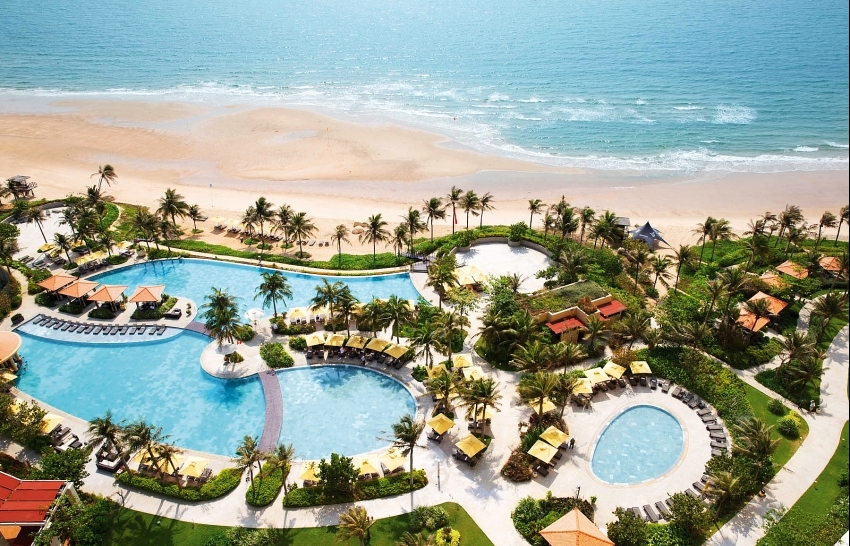 Tet in 5-star style at The Grand Ho Tram 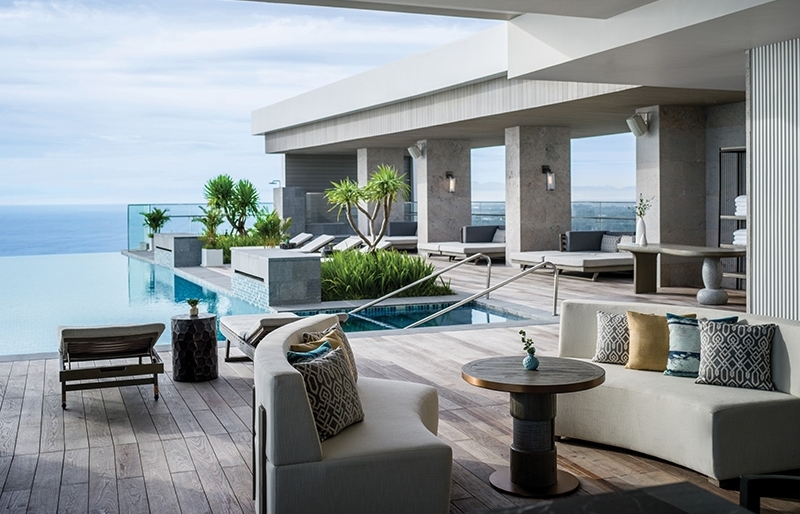 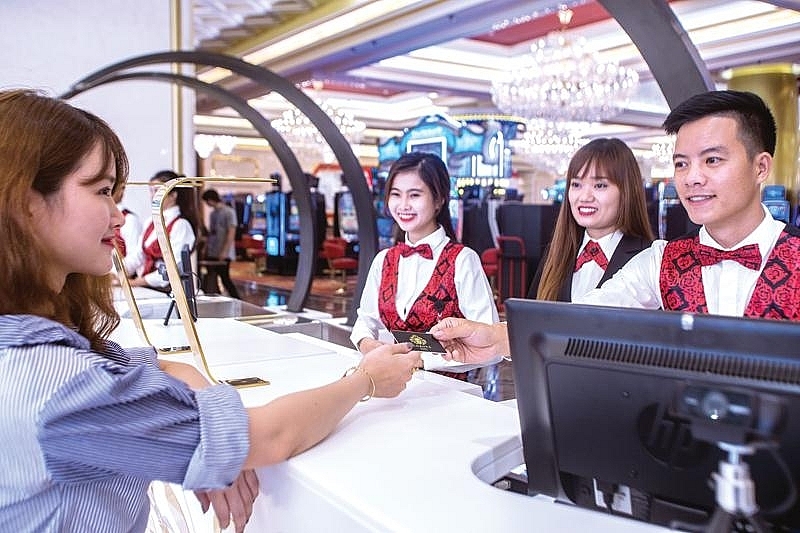