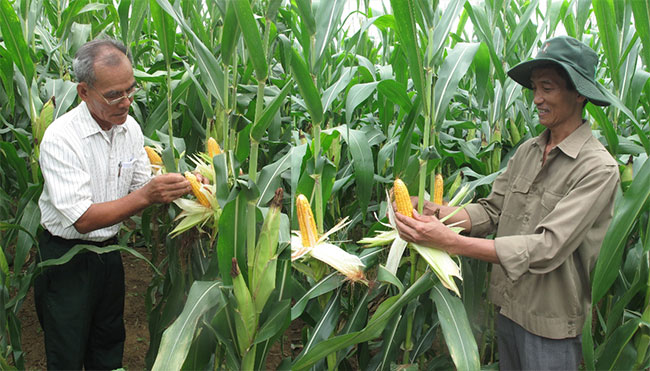 According to Do Quang Truong, technology development director of Dekalb Vietnam, the Vietnamese representative of Monsanto in Vietnam. Of the four breeds in the Conformity Trials, DK6919R is pest resistant while the remaining three, namely DK9955S, DK8868S and DK6919S are both pest-resistant and herbicide-tolerance.

“The breeds have been tested for safety by the Ministry of Agriculture and Ministry of Natural Resources and Environment,” Truong said. 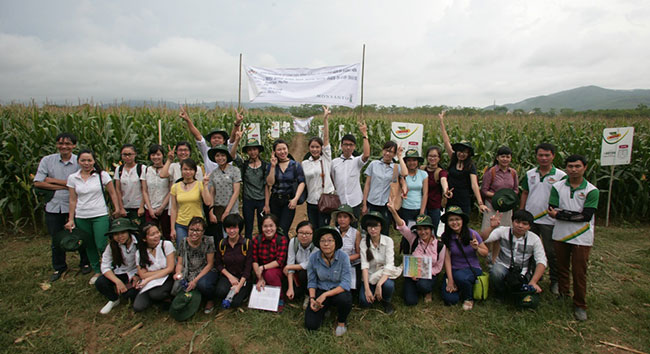 Before commercialising the breeds, Dekalb Vietnam piloted planting them in many provinces including the southern provinces such as An Giang, Dong Thap, Dong Nai and the northern provinces such as Phu Tho, Son La, Thanh Hoa, Thai Nguyen Hoa Binh, Tuyen Quang, etc. The breeds have yield of at least 10 per cent higher than the conventional breeds. Where there are more pests, the yield’s increase could be even higher.

Farmer Tran Manh Linh from Phu Tho province, who has one hectare of corn planted, expresses satisfaction at the absence of pests on the corn.

“Before the pests could get to the corn at all stages, even when they’re already harvested,” he said.

The breeds also save time and labour according to Linh. “With the new breeds I can use glyphosate herbicide even on the trees and they continue to grow while the wild grass around them don’t. It’s convenient,” he said.

Vietnamese corn imports have soared to meet the growing feed demand. In 2014, Vietnam imported 4.79 million tonnes of corn worth $ 1.22 million, a 119.05 per cent rise in volume on year.