September 07, 2018 | 08:00
Tweet Email Print
In light of new and disruptive digital healthcare solutions, a number of Vietnamese medical device manufacturers are banking on high technology in order to go international and achieve higher profits amid stiffening competition in the local market.

“Unlike previous years, when we were just a guest at these fairs, now we are here for the first time as a manufacturing exhibitor to promote our innovative products, which will be available on the market by the end of 2018,” Duong Ngoc Cuong, COO of Bimedtech, told VIR.

Founded in 2014, Bimedtech previously focused only on medical devices. The great impact of digital transformation prompted Cuong to focus on technological innovation by developing a high-tech factory in Saigon Hi-tech Park (SHTP) and make biochips based on microarray technology for the diagnosis of genetic disorders and infectious diseases. Equipped with non-contacting printing technology, the first phase of the factory began operations in the second quarter of 2018, making Bimedtech the first company in Southeast Asia to produce biochips. The second phase will be developed at a later date.

“Partnering with American, German and Spanish technology companies, we plan to partake in many similar international exhibitions to market our products. Many customers from South Korea, India, Germany, and the Philippines have shown interest in our biochips,” he added.

MEDEP, established in 2015 and the first intraocular lens (IOL) producer in Vietnam in the form of a 100 per cent technology transfer from the US, is also seeking business opportunities globally. Boasting a factory in SHTP equipped with some of the world’s most advanced technology, the company aims to release its first products in 2019 to serve the domestic and international markets.

“Currently, all IOLs in Vietnam are imported, while the number of people with cataracts is increasing significantly. Joining international exhibitions is a way for us to promote sales, with Asian and European markets being our targets,” said Cao Thi Van Diem, vice managing director of MEDEP.

USM is another company to join the race. USM established the first high-tech medical device factory in Vietnam, and has a biomedical technology research and development facility and healthcare factory in SHTP, producing high-tech medical devices, with the key products being cardiovascular devices and medical disposables. The company previously attended similar exhibitions in Indonesia, Myanmar, and Thailand in 2017. This July, it partook in another in the US and is preparing for an upcoming event in Germany in November.

“We export our products to Malaysia, Myanmar, Cambodia, and Indonesia. Southeast Asia, with a population of 600 million but a very limited production capacity when it comes to these products, is the first target. South Africa and Angola will be the next destinations,” said Vo Xuan Boi Lam, president of USM.

The moves reflect the strong belief in imminent global success held by Bimedtech, MEDEP, USM, and others, driven by increasing regional and global medical technology demands.

“The market opportunities in Asia for global healthcare investors and service operators are undeniable, buoyed by growing needs for quality geriatric care. The exhibitions provide an opportunity for companies to introduce their newest technologies and products,” said Gernot Ringling, managing director of Messe Dusseldorf Asia – one of the world’s leading trade fair organisers.

While local companies are preparing to expand globally, the Vietnamese medical market has become more appealing to foreign pharmaceutical and medical equipment companies, heating up competition in the local market.

At the recent Vietnam Medi-Pharm Expo in Ho Chi Minh City, hundreds of foreign companies, including Philosys and Neusoft Medical Systems, prepared to seek partners to increase product distribution to the market.

At present, locally made medical devices make up a small part of the market, while 90 per cent of the medical equipment available in local hospitals comes from foreign countries like Japan, Germany, the US, China, and Singapore, accounting for more than 50 per cent of the total import value of the medical industry, according to the Ministry of Health. In 2017, the country spent more than $1.1 billion on imported medical equipment, up from $950 million in 2016.

In addition to famous brands such as German leading healthcare product maker B.Braun, Sanofi, and Nirpo, which are expanding rapidly in the country, many newcomers are also making appearances. For instance, South Korea’s Celtrion Group is currently seeking opportunities to invest an estimated $800 million in a factory in the southern province of Binh Duong.

According to Forbes, Asia’s healthcare industry is expected to grow by 11.1 per cent by the end of 2018. In tandem, the medical technology market in Asia will grow at a compound annual growth rate of 8 per cent, overtaking the European Union as the second-largest market globally by 2020.

The Ho Chi Minh City Medical Equipment Association predicted that Vietnam’s medical equipment market would enjoy a growth rate of 18-20 per cent in the 2016-2020 period.

By Bich Thuy From Singapore 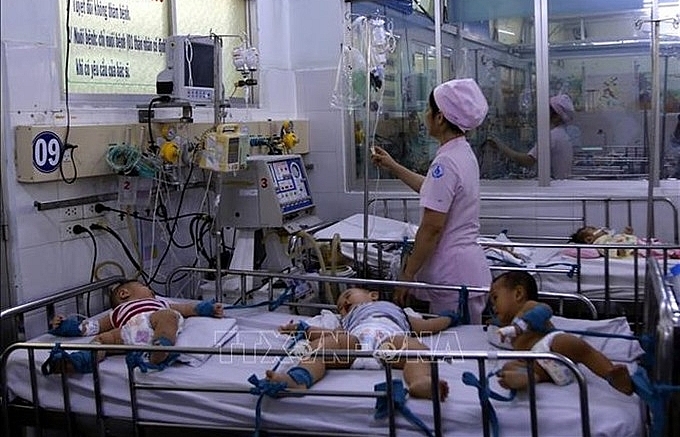 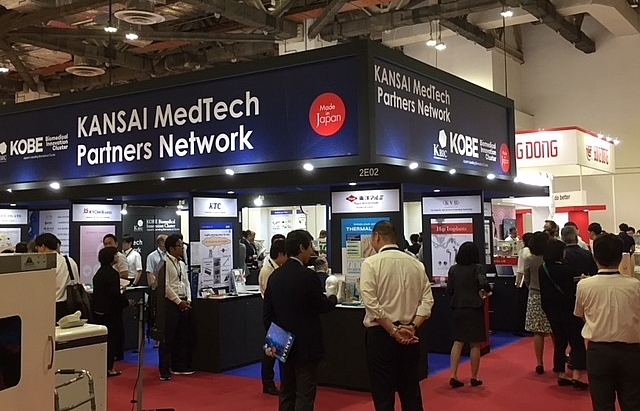