November 18, 2015 | 14:22
Tweet Email Print
Latest developments under the Base Erosion and Profit Shifting (BEPS) initiative of the Organisation for Economic Co-operation and Development (OECD) was one of the key points of a recent four-day visit by KPMG’s global leader for Transfer Pricing Services Sean Foley to Vietnam. 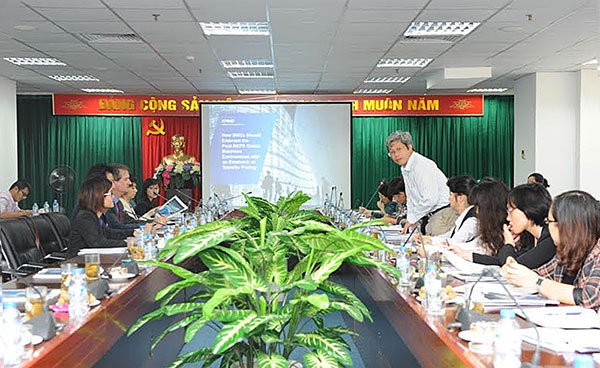 He shared the issue with Vietnam’s General Department of Taxation in a full-day workshop in Hanoi.

The BEPS initiative is an effort to coordinate the taxation of multinational corporations to ensure that they pay the appropriate amount of taxes in each country in which they operate.

On October 5, the OECD released a series of 15 papers discussing various aspects of international taxation and transfer pricing, including the sharing of relevant tax information among tax authorities entitled Country-by-Country Reporting (CbyC Reporting).

Foley also shared how CbyC Reporting is to be adopted around the world including the US, China, Japan, the UK, and Australia.

The Vietnam Tax Authority has indicated particular interest in the new CbyC Reporting regime and participation in the government-to-government sharing of tax information.

During discussions with the Vietnam Tax Authority and companies, Foley highlighted the practical implications of CbyC Reporting, including the appropriate use of this information, the timing of the reporting and specific accounting issues that may present some interpretation challenges.

The other part of the workshop with the General Department of Taxation was on Advance Pricing Agreement (APA) programmes, particularly the success lessons.

“Vietnam has been deeply integrated into the global value chain and participated in some of the world’s most important free trade agreements, such as the Trans-Pacific Partnership (TPP). It is important that tax and transfer pricing regulations are adapted in view of the global environment, particularly the OECD’s BEPS actions”, said Hoang Thuy Duong, Tax Partner of KPMG in Vietnam.

Prior to joining KPMG, Foley worked at the United States Internal Revenue Service (IRS) where he was the director of Advance Pricing Agreement (APA) Programme which provides rulings for taxpayers to establish their transfer pricing for present and future periods, typically five years.

With a wealth of experience in both commercial and regulatory bodies in relation to the APA process, Foley noted that APA is increasingly sought by governments and taxpayers around the world to resolve complex transfer pricing issues.

Vietnam has established an APA programme for the last couple of years and is currently working on its first APA.

“Vietnam is actively promoting APAs to encourage inbound trade and investment. Success experience learnt from the APA programmes run by some of major trading partners, including the US, the EU, Japan, and South Korea will be useful for Vietnam’s APA programme,” said Duong.

KPMG is a global network of professional firms providing Audit, Tax and Advisory services that operate in over 155countries and have more than 155,000 professionals working in member firms around the world.