Time to walk the talk on Phu Quoc

Investors keen on jumping onboard the Phu Quoc tourism bandwagon will have to put their money where their mouth is. 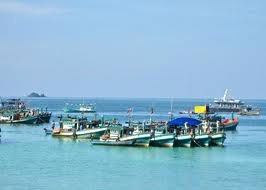 Kien Giang People’s Committee last week confirmed it was still calling for investment into Phu Quoc Island and that financially weak projects could expect to make space for stronger projects if they failed to stump up the necessary cash.

The message comes despite a Phu Quoc Investment and Development Management Authority proposal to stop calls for new investments. The authority argued that all the sites reserved for investment on the island had already been gobbled up by over 200 domestic and foreign investors.

“This proposal should be carefully considered. In the near future we will collect site clearance costs from many projects,” Kien Giang People’s Committee Chairman Le Van Thi said in an announcement. “Many investors definitely do not have enough financial ability to implement their project, and many project licences will be revoked, he said.

“That is why we will not stop licensing new projects,” he added.

But Thi agreed with a Phu Quoc Investment and Development Management Authority proposal which would see investment certificates withdrawn from investors failing to meet their financial commitments.

Phu Quoc Island, 120 kilometres off the coast of southern Kien Giang province, is the largest island in Vietnam.

A government master plan has it earmarked as a space dedicated to recreation, trade, finance and banking.

The island is among the most attractive destination in Vietnam for tourism developers, with 75 projects having been granted investment certificates. Those projects have a total investment capital of around $2.2 billion over nearly 4,000 hectares.

The provincial authority has also given approvals in principle for 180 other projects in Phu Quoc.

Swiss-backed Trustee Suisse Group has, for example, said it wanted to build a $2.6 billion tourism complex in Phu Quoc which is to include a finance centre, a tourism area and an urban area.

And in a similar development, the US-based Rockingham Asset Management LLC has signed on the dotted line to build a $1 billion tourism project in Phu Quoc while Hong Kong’s Millennium Group, via its subsidiary Starbay Holdings, is building a $1.6 billion resort on the island.

Last month, the Vietnamese government set up a workgroup to look into the development of a casino project in Phu Quoc. The casino project is expected to come online in 2017.

To help investors in Phu Quoc Island, the government plans to upgrade the existing Duong To airport, giving it international status.

It also plans to improve the inland transport infrastructure system.

Nguyen Van Hon, deputy director of Phu Quoc Investment and Development Management Authority, said the number of investors registering to invest into Phu Quoc was evidence this was one of the top choices for tourism investment in Vietnam.

To ensure the quality of investment, Kien Giang People’s Committee have also announced that investors will have to deposit 3-5 per cent of their total committed capital. Any investor declining to do so or delaying payment of the deposit will see its investment certificate revoked to make space for another project.