On April 25, Le Xuan Long, marketing director of Lazada Vietnam, confessed that the company had sold a refurbished Iphone 5 instead of a new unit to a customer in Hanoi, according to newswire ICTnews.vn. 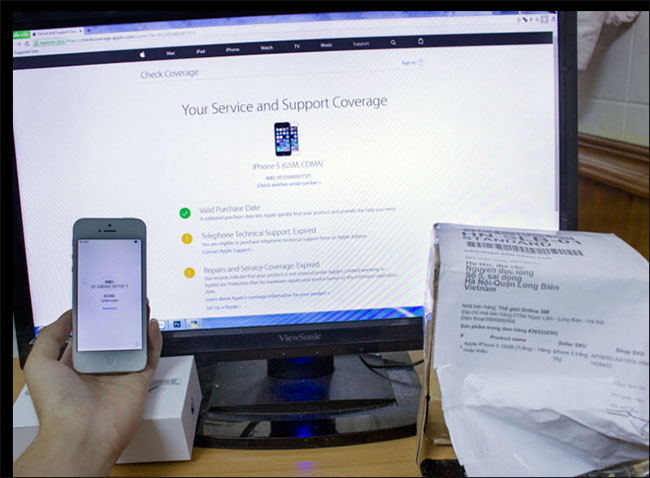 Long said that after receiving the customer’s complaint, Lazada immediately carried out an inspection at its distributor, The Gioi Online 360 store, where the customer bought the refurbished product. In addition, Lazada Vietnam requested the store to suspend its operation.

At the end of the investigation, Lazada Vietnam detected that the store traded used and refurbished electronics products, which are banned on Lazada.

Lazada sent an apology and committed to refunding the customer’s money.

“After the unwelcome incident, Lazada will increase control over its distributors to prevent it from happening again,’ Long said.

On April 5, Nguyen Duc Long registered to buy a new Iphone 5 worth VND5 million ($224.38) on Lazada.vn. After receiving the product, Long brought it to a thegioididong store to insert a SIM card, where a technical staff detected that Long’s Iphone 5 had been refurbished.

Long suspected deliberate foul play on Lazada Vietnam’s part and called the hotline to inform the company about the problem.

A representative of Lazada Vietnam promised to carry on an inspection and committed to notifying him of the results within seven to nine days.

Established in 2012, Lazada, which operates the number one online shopping website in Southeast Asia, currently operates ecommerce platforms in Indonesia, Malaysia, the Philippines, Singapore, Thailand, and Vietnam. Lazada Vietnam has built up a strong and interconnected ecosystem of three elements-marketing, operations, and a commercial arm that has so far attracted 3,000 retailers providing 500,000 products across 13 different categories.

China’s Alibaba Group Holding Limited recently announced that it had entered into an agreement to acquire a controlling stake in ecommerce company Lazada.

In 2015, Lazada reported a four-fold increase in revenue in Vietnam. Dardy, in a recent interview with VIR, said Vietnam was one of the most promising markets among the six countries in Lazada’s network, with a high level of internet penetration and smartphone ownership. However, the challenges in doing ecommerce in Vietnam, compared to in other countries, are the underdeveloped payment methods, the smaller basket size due to the low trust between customers and sellers, and merchants’ lacking in professionalism.