The international business community has continued to urge the government to raise feed-in tariffs for renewable energy. 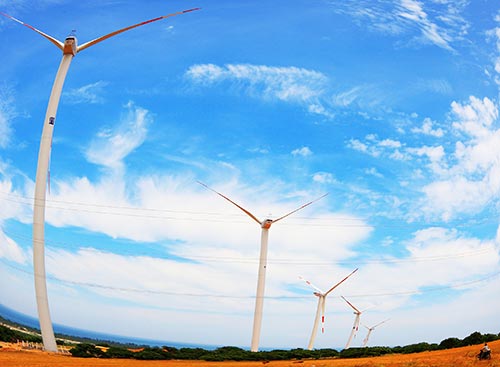 Under the European Union’s €400 million ($520 million) recently announced programme for Vietnam, the EU said it would use $449.8 million to help Vietnam develop sustainable energy, including renewable energy sources.

However, “central to the issue of renewable energy development is an improved level playing field for private sector investment, notably by adjustments of the electricity prices in line with market prices,” said Franz Jessen, Ambassador and Head of the EU Delegation to Vietnam.

According to EuroCham’s recently-published Whitebook, Vietnam has received much attention from international wind power investors thanks to its suitable location, with some projects already registered. However, the implementation of projects is often hampered by the current feed-in tariff of 7.8 cents (USD) per kilowatt hour, which is not sufficient to recover the cost of investment.

EuroCham’s Whitebook stated, “As a result, most wind power developers have failed to secure financing, because the current tariff is not bankable. In our view, a feed-in tariff of at least 11.5 cents per kWh is required to reach the target of 1,000 megawatts of wind power by 2020, as set out in the Power Master Plan VII.”

This revised tariff level would allow the development of the proposed near-shore projects, and the functioning of the sites in the central highlands, as well as the majority of licensed wind sites in Ninh Thuan and Binh Thuan provinces, which have been delayed for many years.

For example, private-owned Central Wind Power Joint Stock Company started developing the Phuong Mai 3 wind power project in Binh Dinh province as far back as 1998, but the project remains consigned to paper due to the low feed-in tariff.

The company’s deputy director Bui Quang Ngan said the feed-in-tariff should be around 11.5 cents per kWh.

Construction will begin early in 2016, and the wind farm should be operational by 2017, at which point it will provide power for several southern provinces, with a feed-in tariff of 9.8 cents per kWh.

Investors have said that because Vietnam has capped electricity and fossil fuel prices, this amounts to a substantial indirect government subsidy on energy prices. These policies were not fiscally sustainable, and had distorted the energy markets in Vietnam, making investment in electricity from renewable energy unlikely, as it was characterised by high upfront and administrative costs.

John Rockhold, head of the Vietnam Business Forum’s Power and Energy Sub-Working Group, said that in order to bolster renewable energy, there should be an attractive investment environment for private investors.

“As such, the Working Group backs the recommendations which call for an increase in the feed-in tariff level for wind energy and the simplification of application processes,” he said.

The Whitebook also argued that project developers need more guidance to apply the incentives specified in the wind, biomass and waste-to-energy support mechanisms to their projects. They were particularly unsure about the process of securing feed-in tariffs and off-take agreements, which are essential for the feasibility and funding of these projects.