As investor interest in Vietnam continues to grow amidst the government’s liberalisation of the country’s market, it has become crucial that its commercial laws have their bundles of red tape slashed, including procedures concerning insolvency and bankruptcy. 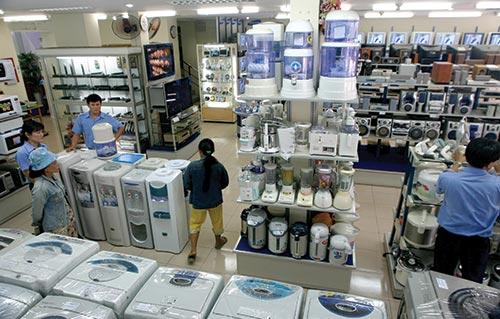 For the last decade the Law on Bankruptcy has governed such matters in Vietnam. However, the law has also been criticised for years for certain procedural inefficiencies and its failure to address important issues faced by businesses.

In response to this call for greater efficiency and business protection, the government recently circulated a draft Law on Bankruptcy to replace the current law which dates back to 2004. The changes introduced by this draft are substantial – setting out new procedures and clarifying some of the ambiguities that plague the current law.

Three key additions to the draft are worth mentioning:

The draft now introduces mandatory mediation procedures which must be conducted before a Vietnamese court will accept a company’s application to commence bankruptcy proceedings. Mediation will allow parties to discuss numerous issues, including matters concerning business restructuring and recovery, in an amicable and neutral setting.

The mandatory mediation provisions in the draft are a welcome change, not least because they reflect the government’s recognition of the advantages that mediation carries, including cost and time savings. Mandatory mediation is also expected to considerably lighten court workloads.

Replacement of the liquidation committee with a property manager

Hence, the property manager will seek to eliminate the lack of experience and efficiency that the liquidation committee currently carries.

This property manager will be an appointed individual with experience in corporate matters (e.g. an auditor or a lawyer). They will have broader rights over the management and withdrawal of a company’s property, including the right to collect information to enable them to distribute it equitably.

To better protect creditors, the draft allows the court to review all transactions carried out in the company’s most recent two-year period before applying for bankruptcy. Any transaction that sets out to disperse a company’s property will be considered invalid. Under current regulations, this period is only three months.

Nevertheless, while the draft is anticipated to be a general improvement over the current Law on Bankruptcy, it is far from perfect. Numerous shortcomings, some of which are listed below, will need to be resolved in order for it to achieve the government’s goals of optimal efficiency.

Omission of the definition of “insolvency”

Like the current Law on Bankruptcy, the draft fails to define what a “state of insolvency” entails. This is a vital omission, considering it is the very subject matter of the law.

In practice, the failure to define this term has affected when a company may commence bankruptcy proceedings. On multiple occasions, insolvency has been (erroneously) defined as a situation where a company’s outstanding debts are not paid. This contrasts the definition favoured by other developed jurisdictions: a situation where the company is unable to pay these outstanding debts.

The distinction is important because the former definition lets a company commence bankruptcy proceedings earlier than should be permitted and without allowing the involved parties to ascertain the company’s true financial position and capacity to repay its debt. The premature commencement of bankruptcy proceedings not only wastes time and costs of both the party and the courts, but it also results in a series of unnecessary bankruptcies.

The ability to obtain information on the company’s financial status is important for all parties involved in bankruptcy proceedings because it assists in ascertaining the company’s ability to repay its debts. However, the draft fails to provide a sufficient mechanism for the collection of such information. While the proposed property manager will have certain rights to access information, this is not sufficiently comprehensive.

As a solution, we recommend the draft set out comprehensive procedures to allow information access. Having provisions that govern the rights of access, the extent of access and the use of obtained information will substantially diminish the current problem faced by parties.

Failure to close loopholes that lead to unethical practices

The draft fails to close substantial legal loopholes present in the Law on Bankruptcy. These loopholes have allowed business owners to escape liability by declaring bankruptcy with little or no repercussion. There are two prime examples of such practices:

The current laws state that a legal representative (often the owner) of a company declaring bankruptcy will be prohibited from directing a company for three years. However, the law allows business owners to switch to or appoint a new legal representative just days before bankruptcy proceedings are initiated. This allows them to simply “walk away” and maintain their right to operate another company in the future.

Another example is that all legal proceedings (at court, etc.) currently must be stayed when a court accepts a petition to initiate bankruptcy proceedings. Due to the ease in which a company may declare bankruptcy, a company can take advantage of the stay by applying for bankruptcy while legal proceedings are ongoing – even when an unfavourable judgment or award is forthcoming.

These loopholes arose as a result of the current law’s failure to tie up loose ends of multiple provisions. In the draft, we hope to see not only the above loopholes closed, but also lawmakers exercise thorough foresight when fine-tuning the draft and reviewing each provision. This will prevent further loopholes from being abused.

While conceptually, having one property manager instead of a liquidation committee of multiple individuals may eliminate inefficiencies, this is not necessarily the case.

Their appointment is also counterproductive, as the requirements to become a property manager are not easy. Numerous hurdles (on credentials, etc.) must first be overcome and even if these are met, the fact that appointment is made by the requestor of bankruptcy proceedings opens up potential issues of bias – particularly when often, at least one party may have greater claims than the requestor themselves.

One requirement we believe should be included is for the property manager to be an officer of a civil judgment-execution authority. This ensures that the interests of the involved parties are equally considered, as well as facilitates greater management capabilities by the state. Alternatively, appointment of the property manager should be by agreement between all involved parties to ensure fairness across the board.

In conclusion, while the draft is expected to bring in a raft of new improvements to the Law on Bankruptcy, it is not without imperfections. Kinks still need to be ironed out in order for its enactment to be completely workable as Vietnam’s economy becomes increasingly globalised.

Currently, the draft is still in its circulation and has yet to be finalised. With no set date as to when it will be enacted, further commentary from corporate and legal professionals is anticipated. This could mean further tweaking to the current draft but, as things stand, we hope that the above shortcomings will be taken into consideration by lawmakers.