Asian markets rose, boosted by positive inflation data from China, while Tokyo extended its winning streak as the yen sank to multi-year lows. 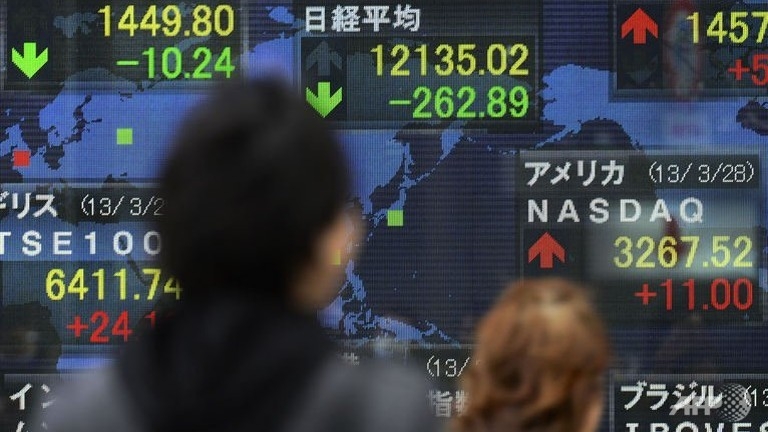 Beijing unveiled data Tuesday showing inflation came in at 2.1 per cent in March, well down from the 10-month-high 3.2 per cent seen the month before and below forecasts for 2.4 per cent.

The news soothed investor concerns that another high figure would prompt the lawmakers to tighten monetary policy further.

"Markets were overly worried when headline CPI inflation jumped to 3.2 per cent in February, so today's reading will definitely help alleviate the inflation and monetary-tightening concerns," Bank of America Merrill Lynch economist Lu Ting said in a note, according to Dow Jones Newswires.

Chinese shares have suffered in recent months owing to concerns about the world's number two economy, while the recent spike in inflation fuelled expectations the government would tighten monetary policy to prevent runaway prices.

Inflation is a key issue for the ruling Communist Party as it brings with it the risk of popular discontent and the threat of social unrest.

Japanese shares enjoyed another rally on the back of the tumbling yen -- with the Nikkei sitting at highs not seen since August 2008.

Tokyo investors have gone on a buying spree since the Bank of Japan last week unveiled a huge stimulus package aimed at beating decades of deflation.

The yen has lost almost eight percent since the bank announced its shift in monetary policy that will see a flood of cash hit financial markets.