Traphaco just the right medicine for the market

Traphaco has grown into the second largest pharmaceutical firm in Vietnam with a sharp network expansion and core business strategy. 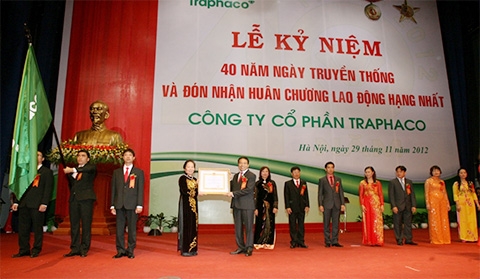 This represents outstanding growth as Traphaco had only two branches in 2009. The net profit growth in the last three years was particularly impressive at almost 32 per cent per annum. The revenue and net profit annual growth rates were 21 and 25 per cent, respectively over the last five years.

Since then it has outperformed its peers in terms of revenue and net profit growth to become the second largest manufacturer in Vietnam, from the fifth in 2007. Last year, was the second consecutive year that Traphaco boasted the highest net profit growth rate among listed pharmaceutical companies. 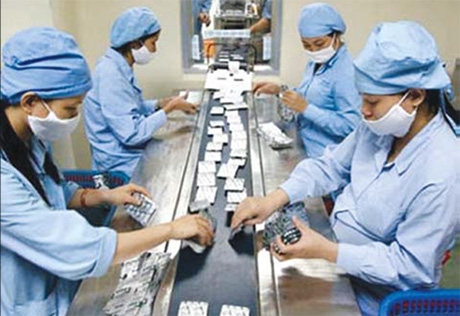 Given the strong growth over past year and a solid foundation, the company also set ambitious targets for 2013. Accordingly, revenue is targeted to reach VND1,800 billion ($86.5 million), a 27.8 per cent jump in comparison with 2012 and the net profit  is expected to come to VND147 billion ($7 million), up 26.7 per cent year-on-year.

Chris Freund, managing director at Mekong Capital - a stakeholder in Traphaco, said Traphaco reached significant achievements over the past years because its strategy was very focused on its core pharmaceutical business and emphasizes vertical integration.

“It is very careful about how its allocates its capital and its proposals for new investment are a good fit with its strategy. For example, expanding its distribution network, expanding manufacturing capacity, completing the acquisition of subsidiary Traphaco CNC and investing in the farming of raw materials,” said Freund.

To further expand business, Traphaco is going to partner with a Japanese company. In January, the management team at Traphaco held a series of working sessions with a leading Japanese generic medicine manufacturer with almost $800 million in sales in 2012, to explore cooperation opportunities. This company is one of three Japanese strategic players who are in different stages of discussions with Traphaco, with the intention to become partners with Traphaco for either exclusive distribution or production joint venture.

But the company will not stop there. This year, Traphaco is looking for merger and acquisition opportunities to expand its network in the market.

However, there is other factor behind the success of Traphaco. That is the company has two competent leaders, chairwoman Vu Thi Thuan and director Tran Tuc Ma.

“Thuan and Ma led the creation of a clear vision for Traphaco and a clear series of annual milestones for achieving that vision. This has contributed to a more rapid rate of growth than other companies that don’t have such a clear vision or business plan,” said Freund.