Vietnam is in the top 10 for women in senior management around the world. 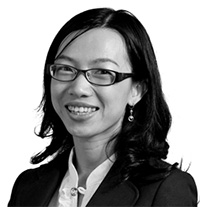 The Grant Thornton International Business Report revealed in March, that in Vietnam the increase in women in senior management continues and stands at 33 per cent.

Top of the table is China’s mainland, with 51 per cent. The top 10 also contains the growth economies of Latvia, Thailand and the Philippines. Japan, with just 7 per cent of senior roles occupied by women, is the worst performer. Japan, the UK (19 per cent) and the US (20 per cent) are in the bottom eight countries for women in senior management.

Trinh Thi Tuyet Anh, audit director of Grant Thornton Vietnam, said: “Given the high flexible working hours in Vietnam and the government's favourable policy for gender equality, many Vietnamese women are taking the opportunity and are increasingly proving themselves in the work place.

“Being women, we realise that there are more opportunities in senior management roles. And we are rising to the challenge,” she added.

The data in the report are drawn from more than 6,500 interviews with business leaders from all industry sectors, conducted between November 2012 and February 2013. Additional in-depth interviews were conducted by Forbes Insights.

Women are playing a major role in driving the world’s growth economies, bringing balance to the decision-making process and the smooth running of their companies. In comparison, the mature economies of the G7 are now playing catch up. They need to wake up to gender disparity and add this crucial ingredient to long-term growth and profitability.”