US urges Vietnam to get tough on IP violations

The US has urged Vietnam to intensify its crack-down on intellectual property right infringements. 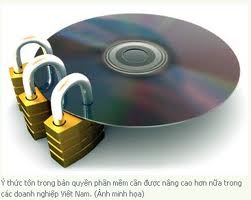 “However IPR infringements in Vietnam remain a big headache to foreign investors. We know the government is trying its best in this battle, but why does the battle seem to fail?” he said.

He said Vietnam was fraught with products copyright violations from CDs to electric devices. Moreover the violations, like cybercrimes, always changed and had become increasingly complicated.

“When I first came here in 1996 and joined an IPR conference in Vietnam, almost no one was aware of IPR. It is obvious that people took it for granted for a long time. Plus, Vietnam’s economy is still young compared to developed countries. Seemingly, the intellectual property protection in Vietnam has got a long way to go.”

Echoing his view, the Ministry of Culture, Sports and Tourism’s (MCST) chief inspector Vu Xuan Thanh said the MCST dealt with 100 out of 119 software enterprises inspected last year with more than 4,600 computers delved into.

In another case US-based Business Software Alliance (BSA), a leading global advocate for the software industry, said in mid-May this year that Vietnam recorded a personal computer software piracy rate of 81 per cent in 2011, compared to 83 per cent in 2010 and 85 per cent in 2009. Despite the rank improvement, this new rate remained quite high.

BSA said although the commercial value of this piracy in 2011 was $395 million, down 4 per cent from the previous year, this rate remained “very high”. Thus, it curbed the innovation promotion in the areas of technology, movie and music. It required cooperation and efforts from ministries and bodies.

According to Fowler, fostering innovation required reconstructing the legal framework, transforming industrial assembly and stringent punishments from the government.

Thanh said the MCST had been cooperating well with the Ministry of Science and Technology and other inspection bodies, so as to intensify crack-downs on IPR infringements.

“We have opened one website representing the rights of the authors,” he said.