Prime Minister Phuc raised the initiative while addressing the G7 Outreach Summit in the Charlevoix region, Canada’s Quebec state, on June 9 at the invitation of his Canadian counterpart Justin Trudeau.

In his speech, the PM conveyed the message of the significance of the enhanced international cooperation in climate change combat.

Vietnam supports host Canada to concentrate the G7 Outreach Summit’s agenda on seas and oceans, and applauds resolve and cooperation spirit displayed by the G7 countries to seek solutions to promote the protection of the marine ecology, he said.

The leader stressed that Vietnam is one of the countries hardest hit by climate change and sea level rise as well as adverse impacts of unsustainable exploitation and use of Mekong River water resources.

He affirmed Vietnam’s commitments to seriously cutting emissions in conformity with the Paris Agreement on climate change, and called on the G7 countries and the international community to continue their assistance and cooperation with Vietnam to help the country improve its capacity for climate change monitoring and adaptation, fight sea level rise and saltwater intrusion, and manage and use water resources of the lower Mekong River basin sustainably.

At the event, PM Phuc affirmed that strongly developing the sea-based economy in tandem with protecting the environment and the marine ecosystem is a development direction and strategy of Vietnam. The country’s viewpoint is not exchanging the environment for economic growth, encouraging clean and renewable energy, green growth and sustainable development, and determinedly preventing waste release that pollutes the marine environment.

He welcomed Canada’s initiative to prevent disposing of plastic waste into oceans, stressing that Vietnam is ready to cooperate with Canada and countries around the world to carry out this initiative.

The Vietnamese leader also proposed the G7 countries promote the formation of a global cooperation mechanism for reducing plastic garbage towards oceans free of plastic waste. He informed that the sixth Global Environment Fund (GEF) Assembly will be held in Vietnam later this month. Vietnam has proposed a regional project for an ocean free of plastic waste that is applauded by the GEF.

In his speech, PM Phuc emphasised that the goal of green oceans can only be achieved when peace, stability and cooperation are maintained across oceans. He applauded the G7 nations’ support for ASEAN’s common stance on the East Sea issue. Accordingly, it is a need to enhance cooperation to ensure security, safety and freedom of navigation and aviation, peacefully resolve disputes on the basis of international law and the 1982 United Nations Convention on the Law of the Sea, and respect diplomatic and legal processes to consolidate regional and global peace, stability and cooperation.

The PM’s speech was welcomed by host Canada and many participating countries, which also voiced their support for the initiatives suggested by Vietnam and for ASEAN’s stance on the East Sea issue.

The delegates called for stronger global and regional cooperation in protecting the marine economy. Most of the participating leaders affirmed their commitments to implementing the Paris Agreement.

They exchanged initiatives, visions and measures to enhance the capacity for climate change response and adaptation, promote mechanisms dealing with maritime issues on the basis of international law, prevent coastal erosion and sea level rise, form cooperation mechanisms and international standards of fighting plastic waste and illegal fishing, enhance the management and protection of the marine ecology, and ensure sustainable development of sea-based economic sectors.

They also voiced their support for Canada’s initiative of reinforcing international cooperation in preventing and handling plastic waste discharged into oceans, and promoting gender equality in climate change response.

The G7 Outreach Summit, one of the most important events of the G7 in 2018, saw the presence of the leaders of the G7 nations (the US, the UK, France, Germany, Italy, Japan, Canada), the European Union, and 12 guest countries (Vietnam, Argentina, Bangladesh, Haiti, Jamaica, Kenya, Norway, Marshall Islands, South Africa, Rwanda, Senegal, and Seychelles). It was also attended by the UN Secretary General and leaders of the International Monetary Fund (IMF), the Organisation for Economic Cooperation and Development (OECD), and the World Bank (WB).

This is the second time Vietnam has taken part in a G7 Outreach Summit, after the first time in Japan in 2016. 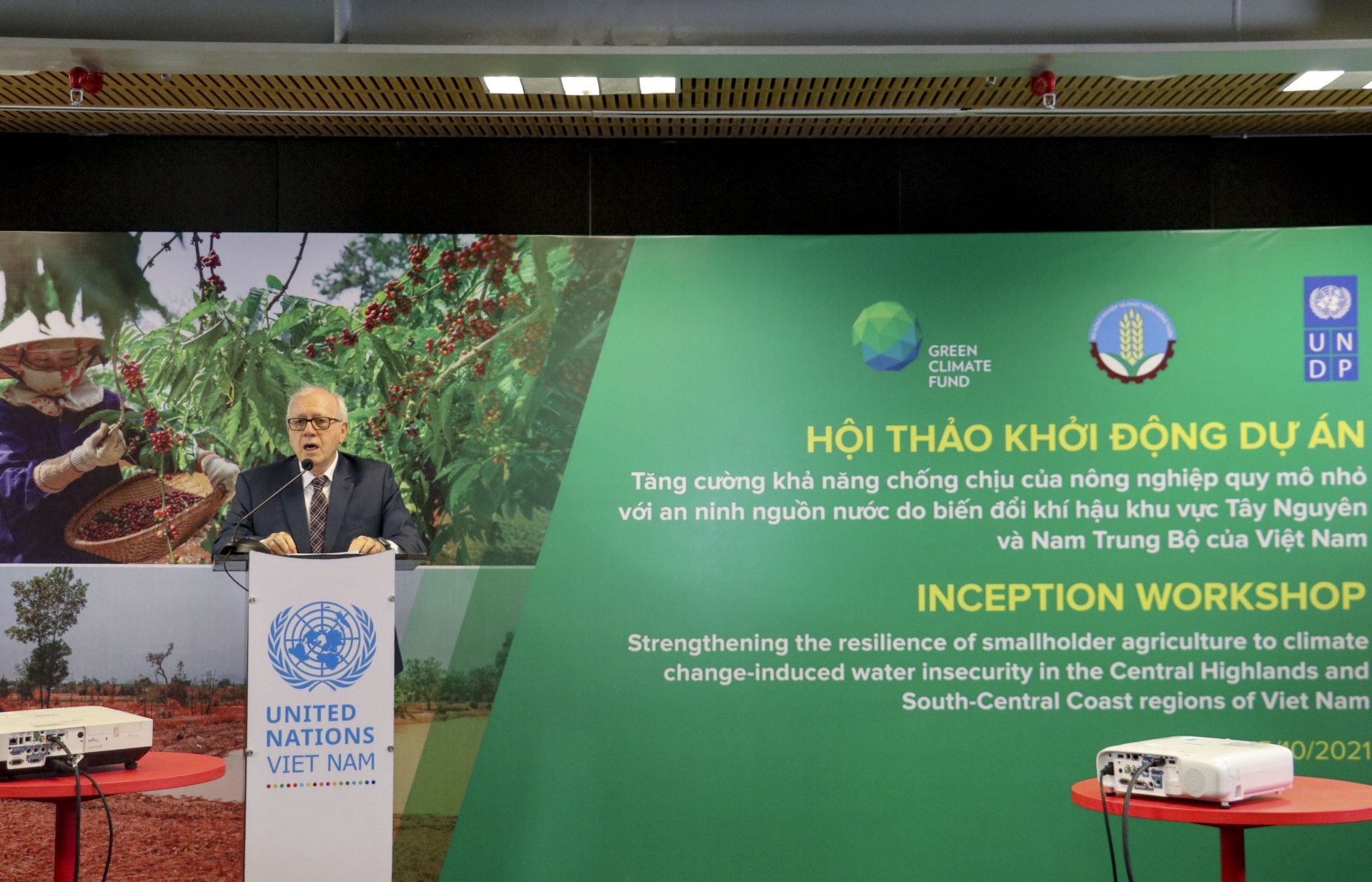 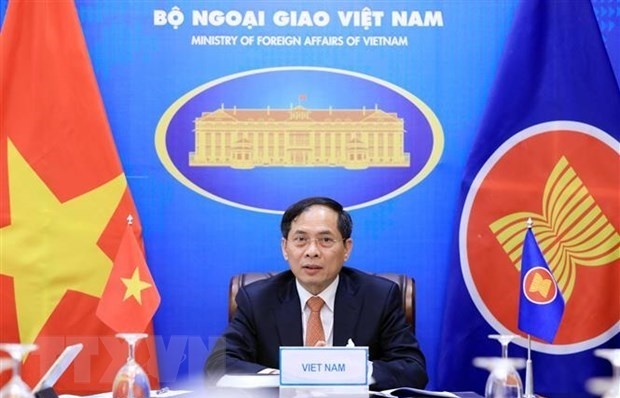 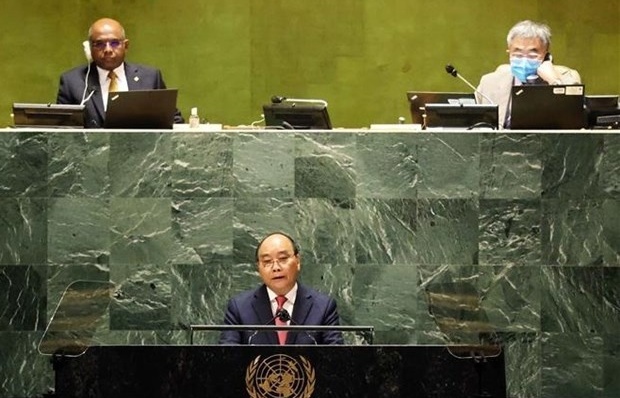 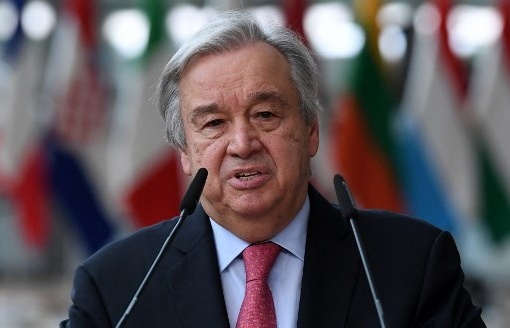 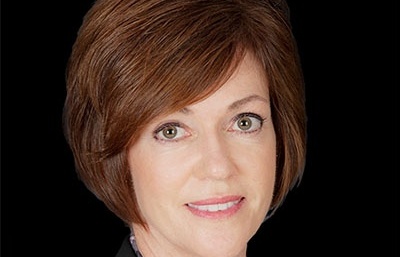