April 24, 2020 | 09:00
Tweet Email Print
Shaken by the coronavirus crisis, the world economy is currently stumbling. The European Union as well as Vietnam has taken various measures to halt the pandemic. In view of all these drastic measures, the question is legitimate whether the economic, political, and social side effects and damage justify this harsh approach on the one hand and how Vietnam and the EU can get out of the crisis on the other hand. Against the background of the EU-Vietnam Free Trade Agreement (EVFTA), suitable companies, products, services, and channels must be identified that can revitalise trade and direct investment.

However, I hope that the EU can cope with the crisis after all, and consider some of Vietnam’s experience. In the way around, Vietnam is part of the global market. A teetering EU would also harm the country’s prosperity and growth.

When the forerunner organisation of the EU was founded in 1952, its founding fathers agreed that economic co-operation in the economic sphere should put an end to the devastating armed conflicts within Europe. This guiding principle of this big European peace project was to determine the policy of the European Community for decades.

In recent years, as some critics lament, the initial project is threatened. Britain began the transition phase to exit the EU at the beginning of 2020 after many years of heated debates.

How could this happen? We are all aware that it is nothing in life, which is more difficult than making everyone satisfied, so does the EU project. Apparently, the EU has made some mistakes that should be addressed for supporting the EU to prosper again. In fact, the EU needs a reform.

The reasons for this development are manifold. Some critics see the introduction of the Euro in 1999 caused a couple of errors, because the common currency brought together economies that were quite different in their strength and growth. For some, such as Germany, the Euro was relatively weak which resulted in an export boom.

Due to the relative weakness of the currency, the German domestic industry could be temptednot to strive so hard. With its former currency, the Deutsche Mark, the situation was different. To be able to sell its high-priced goods at all, German products needed to be of unique quality. In the recent years of the Euro, the relatively cheap labour combined with still high productivity attracted many investors to Germany.

For other EU countries like Greece, the Euro was too strong. As a result, its own products became expensive on the world market and hard to find buyers. Wages were also high compared to the real productivity, at the same time without few option of currency devaluation. To put it in a nutshell: the Euro could not satisfy all countries in all aspects.

However, Germany only partly benefited from its own exports. This is where the European Central Bank (ECB) came into play by creating a clearing system to simplify the payment flows of the Euro countries in 2007. This system initially worked well for payments between the Euro countries, as the balances were settled promptly in the case of transnational payments.

Sometimes, for instance, the Italian central bank owed money to the German equivalent for a few days, and sometimes it was the other way round. Since 2011, this has changed dramatically: while Germany delivered goods to Italy, no payment was made to the German central bank; the debts were just put on the slate. In the meantime, they amount to almost €400 billion, which Italy owes to Germany.

Another issue is that the EU is not complying with all rules it has set itself. The Maastricht criteria on the soundness of its own finances has been partly violated. The Dublin Agreement on the treatment of asylum seekers has also been lifted since 2015. There is still few solution to the migration crisis.

The monetary policy in the EU is also not always supportive. Unlike the ECB, whose interest rates have been lowered to zero since 2016, the State Bank of Vietnam (SBV) has not yet shot its bolt in the coronavirus pandemic. The interest rate cuts by the SBV have been moderate and coming from a decent level. It can send an important signal to the economy. They enable companies to obtain loans more cheaply.

Therefore, the ECB has less room to support the market through its interest rate policy. Negative interest rates as the option would drive people into cash. The latter would have to be banned. A downward spiral would be set into motion, at the end of which there would be a loss of confidence in the currency.

Even now, the ECB’s zero interest rate policy is already causing difficulties for EU banks. Up to 80 per cent of banking profits come from margins. With a zero-interest rate policy, the margins are shrinking. The savings margin becomes negative, the transformation margin, as well and the credit margin is reduced to a minimum.

In Vietnam, the situation is better, and the SBV still has plenty of leeway on interest rates. However, the ECB’s policy should be a warning finger for Vietnam against a zero interest rate policy. With regards to the Eurozone, an increasing number of economists initially see a deflationary phase, which has already begun with the stock market crash in March. Share prices fell dramatically, leading to a devaluation of goodwill.

Due to the lockdown in most EU countries, production is also coming to a standstill. Many companies are currently facing severe problems.

As a consequence, there is the danger that they will desperately try to make whatever money they can: real estate, stocks, precious metals, and vehicles, which fuels the deflationary spiral. The European economy, in general, could also witness downward acceleration. German think tank CESifo believes that the country’s growth could decline 7-11 per cent or even more, which could result in mass dismissals and is fuelling the slump in demand.

At some point and certainly soon the wind will change. A low supply of goods due to the lockdown will encounter an expansive monetary policy, which in all probability could end in a hyperinflationary spiral. All in all, the outlook for the EU is challenging. In Vietnam, although growth in the first quarter of 2020 was smaller than before, the economy is still growing.

Of course, the Vietnamese policy also entails risks. For example, the national debt will increase. Since 2016, the national debt has nearly touched the ceiling of 65 per cent, which offers limited space to borrow more. In addition, it could happen that companies rely too much on government support rather than finding ways out of the crisis by themselves, which would ultimately make them strong. Vietnam should resist the temptations of long-standing Keynesian policies.

This always leads to an upward spiral of state interventionism. There have been economic crises and there always will be. It would be alchemy to believe that Keynesian instruments can eliminate or dampen them. Measures may be necessary as in this case, but they should be taken with a sense of proportion and limited in time. Nevertheless, the Vietnamese economy appears much more robust than the shaken EU. 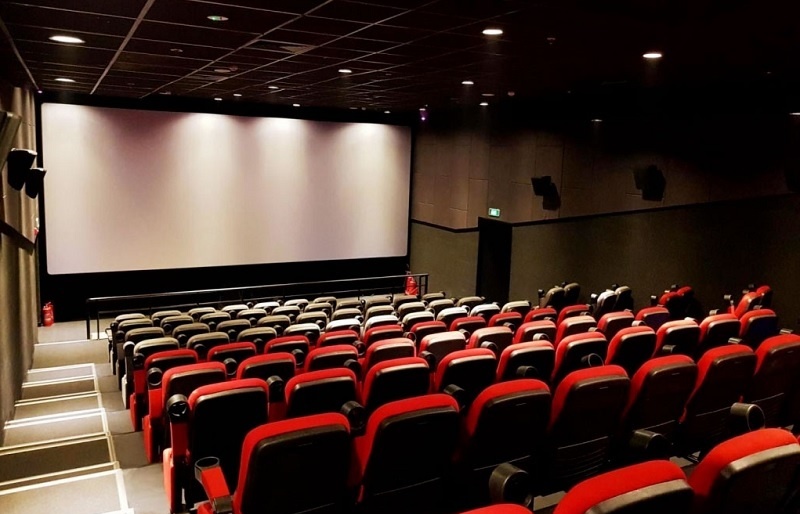 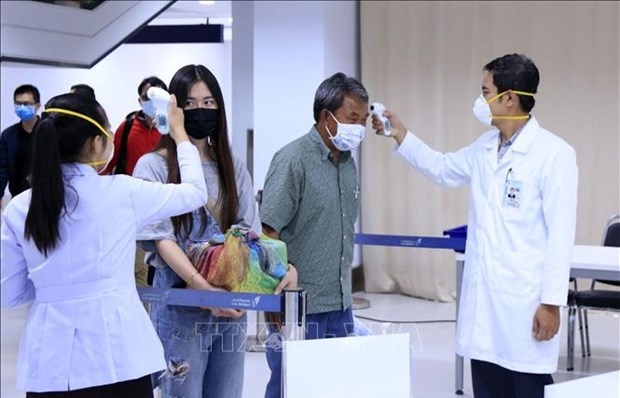 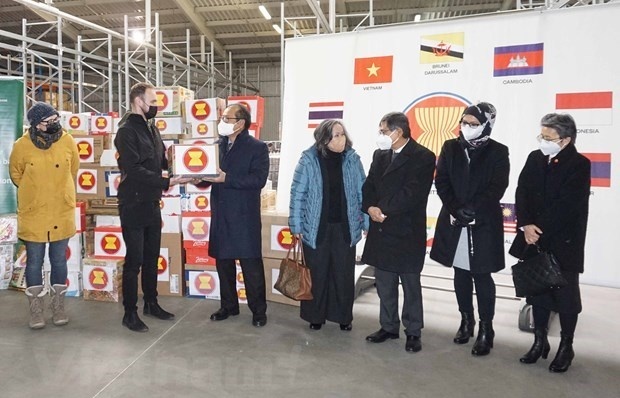 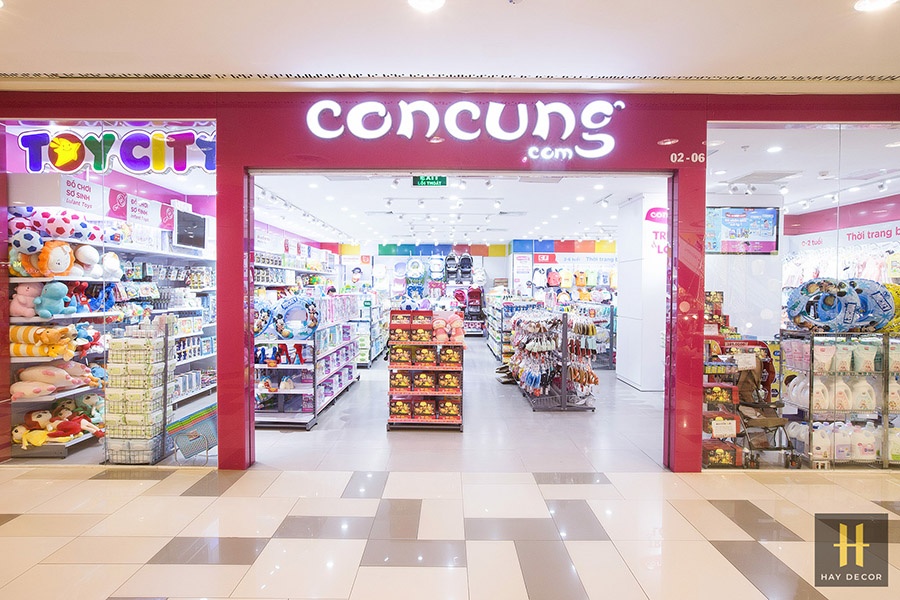 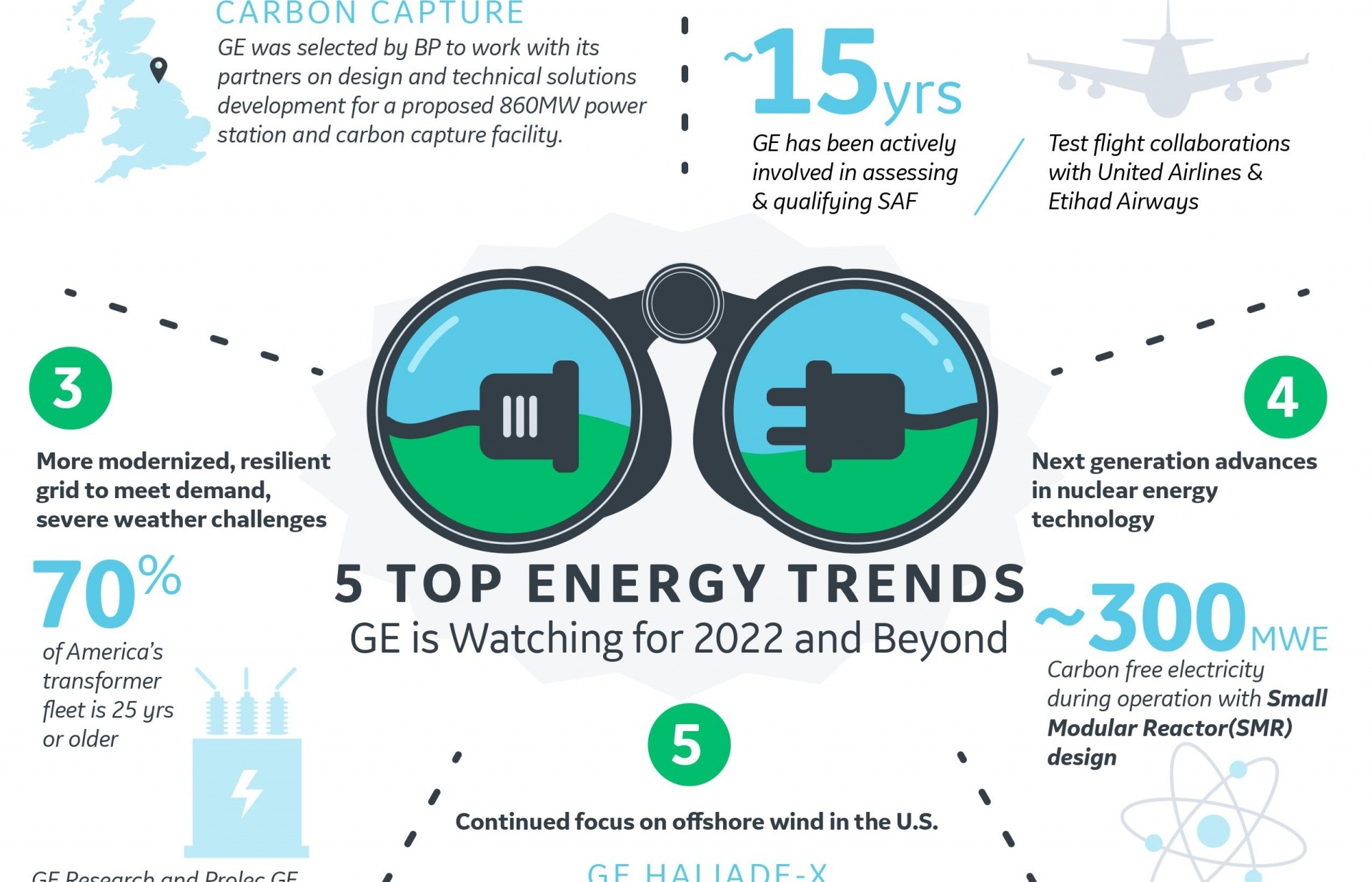 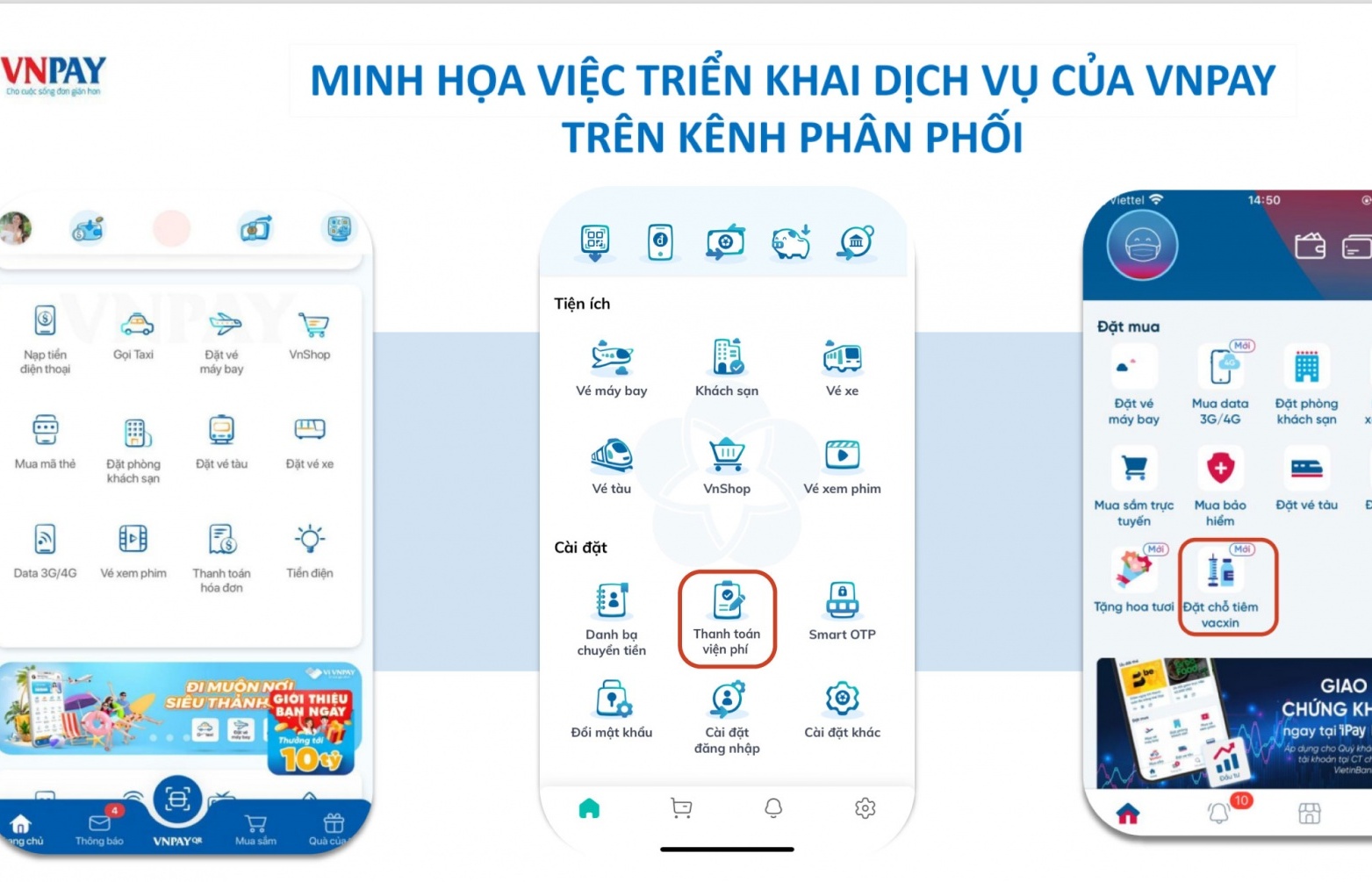 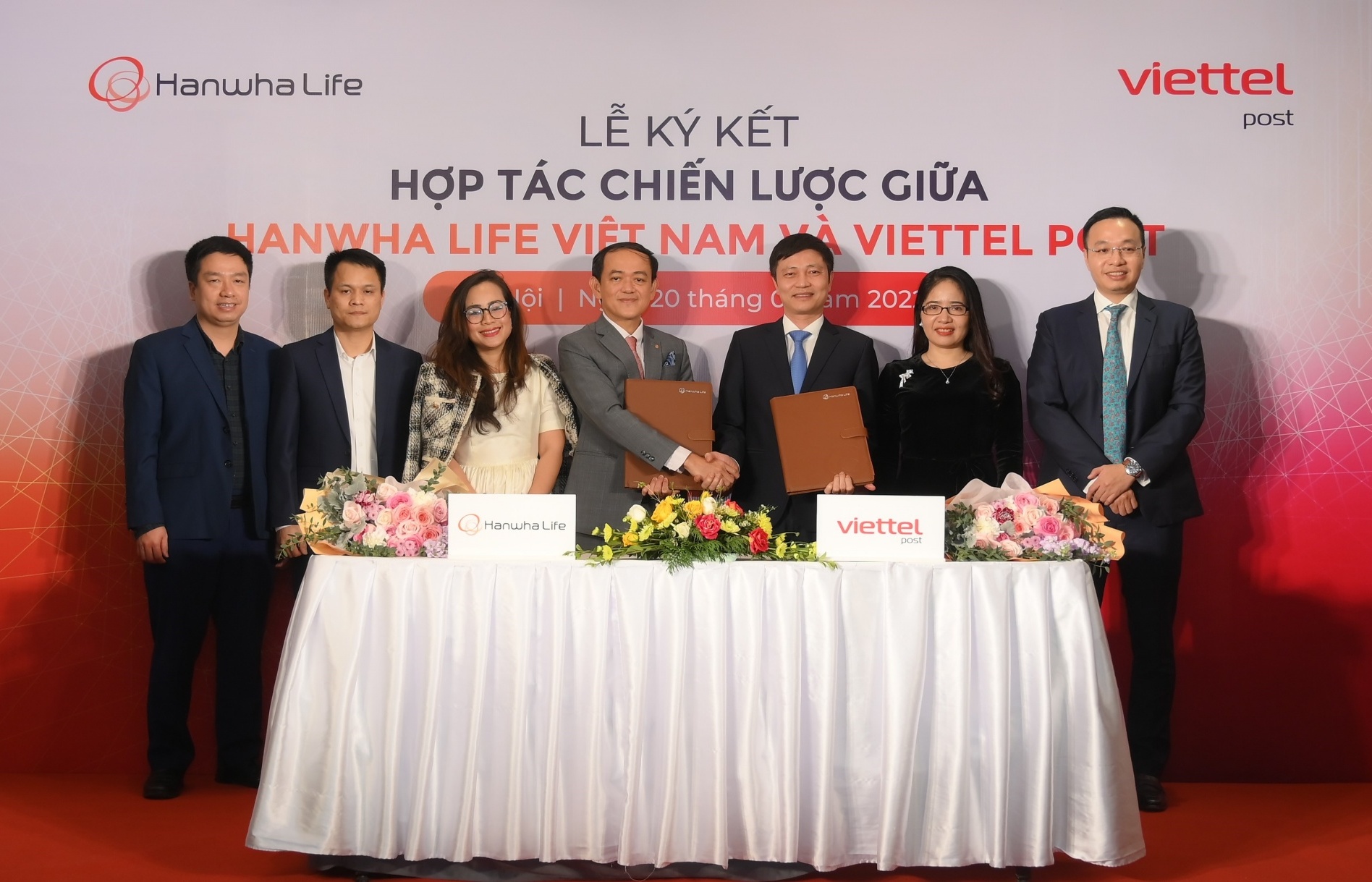