July 26, 2018 | 14:00
Tweet Email Print
Despite the latest proposal on raising the foreign ownership limit in aviation business to 49 per cent, the stake sales of the most influential corporations in the sector still face challenges ahead with conditional requirements.

The Ministry of Transport (MoT) is seeking comments from ministries for the draft amendments to Decree No.92/2016/ND-CP, governing investment in the conditional business lines in the civil aviation sector of Vietnam. These amendments aim to facilitate domestic and foreign investment in this growing sector.

The highlights in the draft amendments are to raise the foreign ownership limit (FOL) in airlines to a maximum of 49 per cent from the current 30 per cent and to remove the distinction in charter capital cap between international and domestic air carriage. This is seen as a positive development for the domestic aviation sector.

“Raising the FOL will make foreign investment in Vietnamese airlines more attractive, as it will enable foreign investors to manage operations to a degree in which they are satisfied,” Thomas J. Treutler, managing director of Vietnam’s branch of Tilleke and Gibbins Consultants Ltd., told VIR.

“The elite airlines that enter into joint ventures in Vietnam will want to maintain their standards and seek to protect their brand. To do that, they will likely want operational control over many aspects of the local airline,” said Treutler.

“Operating an airline is a very expensive business with small profit margins. If an airline is not properly capitalised from the outset, it may default and go out of business.”

Vaibhav Saxena, consultant of Vietnam International Law Firm, said that the lift of the FOL is expected to attract foreign investors.

“The proposed increase from only 30 per cent of the capital ratio in an enterprise engaging in the aviation industry to 49 per cent is a positive shift by the Vietnamese government,” said Saxena.

However, in spite of these positive proposals, some barriers remain, such as capital requirement based on the number of aircraft and the FOL cap.

Besides, Saxena also stressed a need to raise the FOL more. “Increasing the ratio from 30 per cent to 49 per cent will make some difference, but an investor will still not hold a majority in any possible deal and have to depend on Vietnamese enterprises. It is clear that it will not have gigantic effects due to the persisting minority stake and the value which a majority stake holder enjoys in an investment.”

“It will open up more opportunities to foreign investors in the burgeoning aviation industry, but will also make it arduous for fresh domestic entrants, due to the increased capitalisation requirements,” he added.

These factors would make the state divestment not an easy tasks for leading corporations, but the positive changes are expected to lay out hopes for a brighter and more profitable future.

With a contribution of $6 billion annually to the country’s GDP and double-digit growth, Vietnam’s aviation market is expected to see more merger and acquisition (M&A) transactions taking place in the near future, driven by state stake divestments among the most influential corporations in the sector.

“Foreign investors are interested in acquiring a stake in the firms to cash in on the room for future growth. Vietnam’s passenger-population ratio is less than 1:1, compared to rates of 4:1 or 5:1 in more developed markets like Singapore, Hong Kong, and the US,” said a senior official of the MoT.

“Foreign investors often target large-scale firms or firms that are in the same business field as they are. VNA and ACV are good examples of past targets,” the official added.

It’s possible that ANA Holding Inc. - Japan’s largest airline - is seeking an opportunity to increase its holding in VNA from its current 8.8 per cent. In 2016, the stake sales by VNA and ACV were among the hottest in the aviation industry, as many multinational corporations lined up to take part in the auctions.

Meanwhile, private budget carrier Vietjet has received multiple calls from overseas stock exchanges such as Singapore, Hong Kong, and London, but the airline has yet to make any concrete plans to list overseas. Vietjet made its debut on the Ho Chi Minh City Stock Exchange last February. 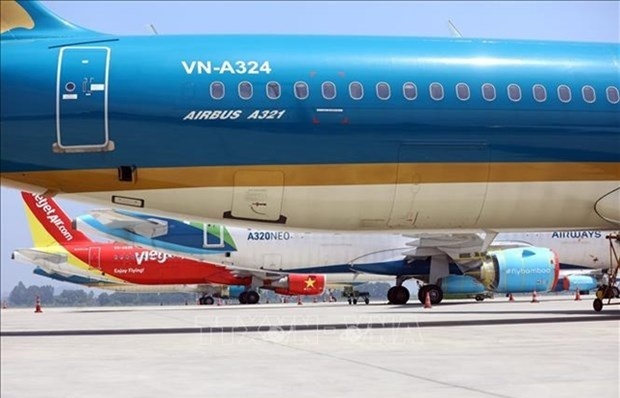 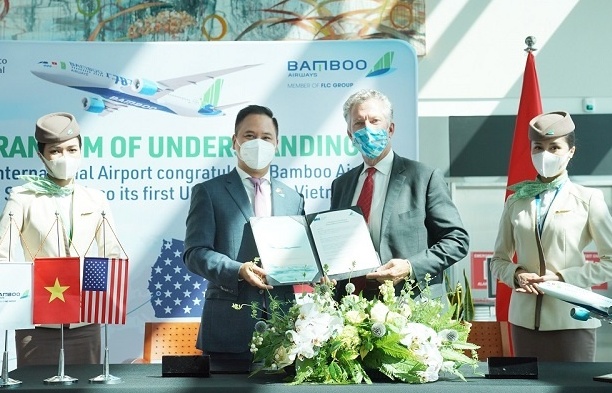 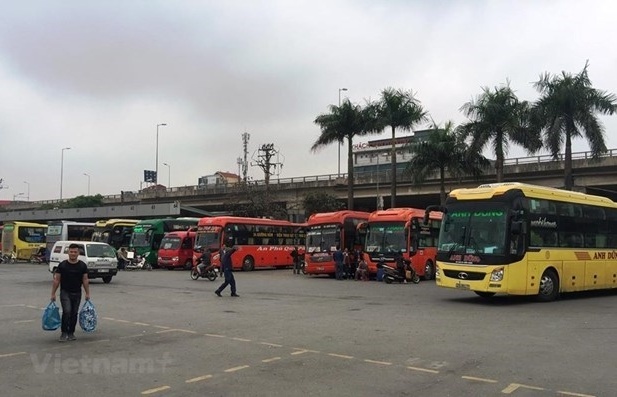 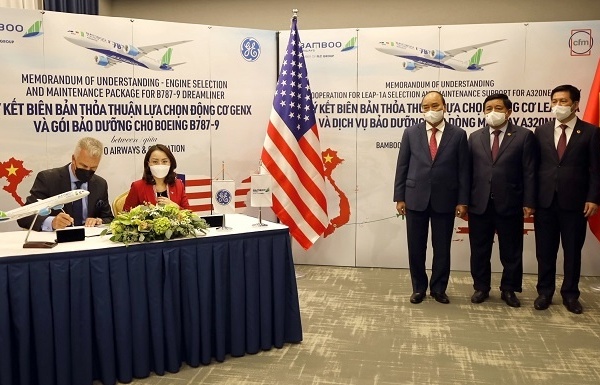