May 20, 2019 | 09:00
Tweet Email Print
The seventh session of the 14th National Assembly kicks off this Monday, with an assortment of solutions to be discussed to further fuel corporate performance in the context of the country’s economic growth signalling a slowdown. Thanh Dat reports.

Rather than discussions of many different issues at the same time as in previous sessions, the seventh session of the 14th National Assembly is to place a bigger focus on specific measures to boost economic growth, which the government said is showing signs of slowing down, and about how Vietnamese enterprises can be supported to overcome obstacles.

At last month’s Standing Committee meeting, which made preparations for the session taking place between May 20 and June 14, Minister of Planning and Investment Nguyen Chi Dung said, “Besides achievements, the economy is now facing difficulties and limitations, as well as new challenges.”

“Challenges include ongoing natural calamities and epidemics which can affect enterprises’ business and production in the coming months, and the government’s capacity in realising its growth target for 2019,” he said. “These will need suitable and feasible solutions to solve.”

The government, which expects to see the economy grow over 7 per cent this year, is acknowledging concerns on how to achieve this target.

The government reported that in the first quarter of 2019, the economy grew 6.79 per cent, lower than 7.45 per cent in the same period last year. In which, growth in all key sectors of the economy has showed signals of sluggish movement.

Specifically, in the first three months of 2019, the agro-forestry-fishery sector climbed 2.68 per cent on-year, far lower than the 4.24 per cent on-year rise in the corresponding period last year, due to droughts, saline intrusion, and cases of African swine fever (ASF).

According to the Department of Animal Health under the Ministry of Agriculture and Rural Development, as of May 12, ASF occurred in nearly 2,300 communes of 204 districts across 29 cities and provinces nationwide, with more than 1.22 million ASF-hit pigs being culled, accounting for 4 per cent of Vietnam’s total pig heads.

The government reported that the industrial and construction sector is also now facing difficulties. In the first four months of 2019, the sector grew 9.2 per cent on-year, lower than the equivalent rise of 10.7 per cent in the same period last year.

The processing and manufacturing sector, which accounts for about 80 per cent of the economy’s industrial growth, grew 10.9 per cent on-year, lower than 12.9 per cent in the same period of 2018.

Market research firm FiinPro Platform reported that as of May 2, some 680 Vietnamese enterprises, which occupy 87 per cent of the capital of the country’s stock market, publicised their first-quarter financial reports. Accordingly, if banking and insurance firms are excluded, listed enterprises in general suffered from an on-year 2.34 per cent profit reduction, such as Pomina Steel (down 140 per cent) and Hoa Phat (down 18.6 per cent) due to a decrease in product prices.

Pomina Steel, for example, is reported to have suffered from a loss of nearly VND84 billion ($3.65 million) in the first quarter of 2019. Meanwhile in the first three months of 2018, the company enjoyed a profit of over VND209 billion ($9 million).

According to the General Statistics Office, in the first four months of 2019, the number of enterprises halting performance was about 17,000, up nearly 20 per cent on-year. Additionally, nearly 17,300 enterprises put a halt to operations to conduct bankruptcy procedures, and over 5,300 enterprises completed such procedures.

“These difficulties must receive due attention from the government and must be carefully discussed at the National Assembly’s upcoming session,” said Vu Hong Thanh, Chairman of the National Assembly Economic Committee. “The government needs to increase inspections at ministries and localities in order to ensure the effectiveness of the government’s efforts to remove unnecessary business conditions, and boost administrative procedures in favour of the business community.”

The government has subsequently proposed a number of key solutions for supporting enterprises and economic development from now to the end of the year (see box).

However, Thanh added, “I think that one of the best solutions to support enterprises is to quickly remove unnecessary administrative procedures across all business sectors, especially investment, construction, transport, and education.”

“All processes must be truly made transparent and open, with all violators strictly punished in order to eradicate unofficial costs for people and enterprises,” he continued. “Also importantly, private enterprises must be allowed to engage in constructing national-level projects.”

Elsewhere, the World Bank has pointed out a series of challenges for Vietnam to seek solutions. According to the bank, despite improved short-term prospects, there are significant downside risks. Domestically, a slowdown in the restructuring of state-owned enterprises and the banking sector could adversely impact the macro-financial situation and create public sector liabilities.

According to the tentative agenda of the National Assembly’s seventh session, one of the biggest highlights will be the three days spent on organising Q&A activities. They are expected to focus on issues that have drawn special attention of the public, such as appointment of state officials and officers, exam fraud, public investment, and also cases involving officials with violations.

The legislature will also review and debate a report on the socio-economic and state budget situation of 2018, and of the first months of 2019, as well as socio-economic orientations for the rest of the year and beyond. 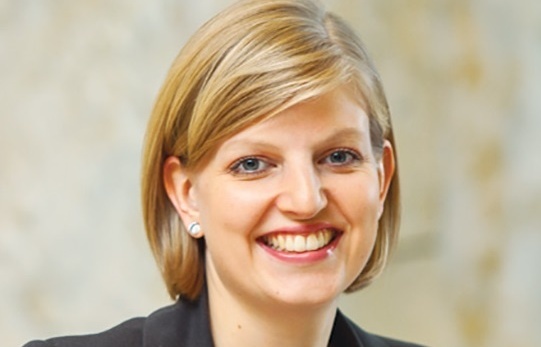 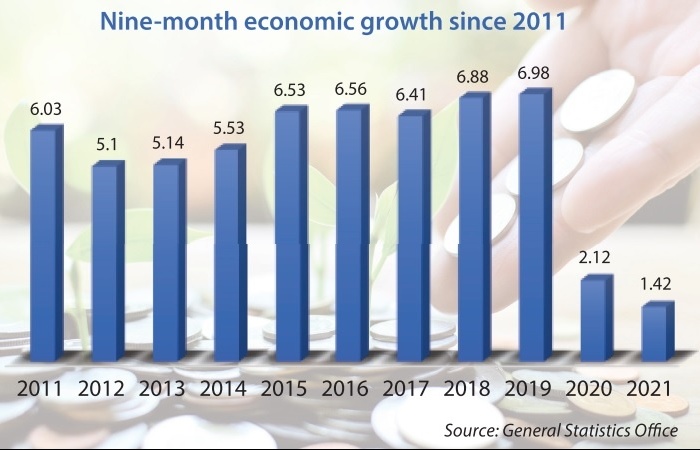 Economic momentum in 2021 takes a knock 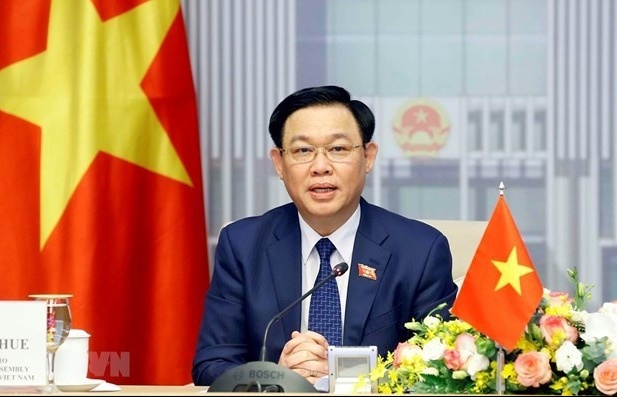 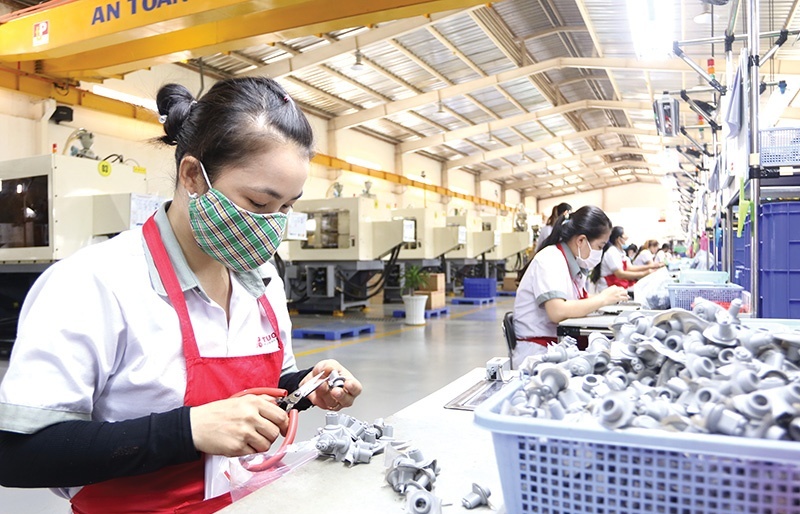 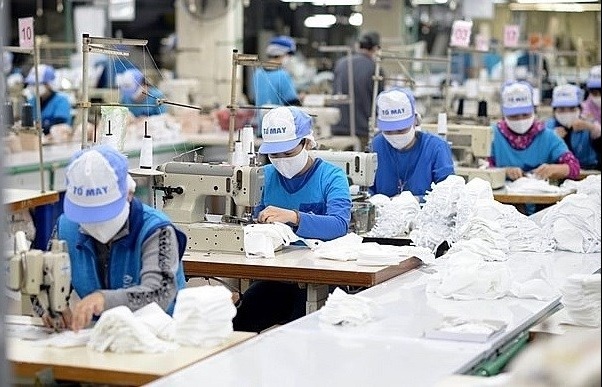 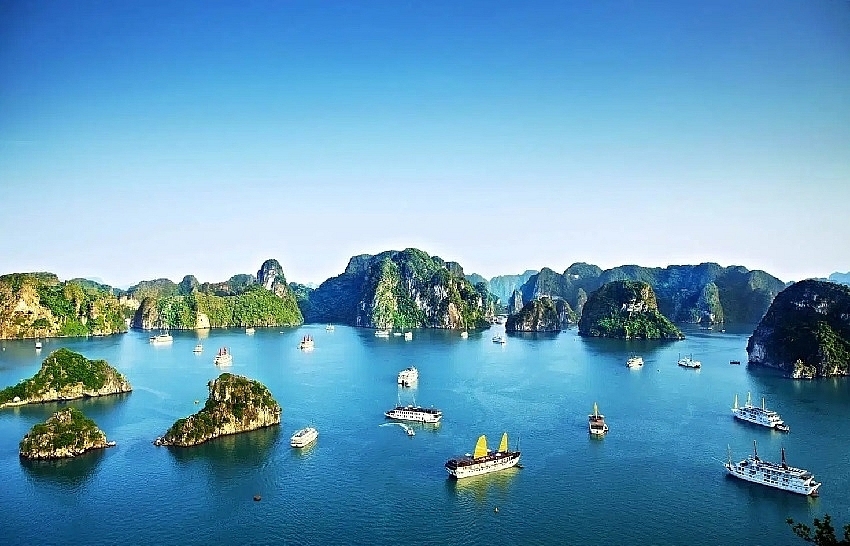