The impacts of Vietnam’s integration with regional and world economies may vary for the automobile industry. 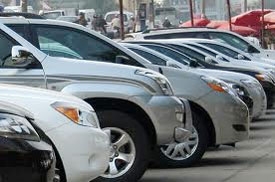 According to Pham Anh Tuan, a expert from Vietnam Automobile Manufacturers Association’s Secretariat, local manufacturers still have advantages, if the import duty of completely-built-unit (CBU) cars is above 60 per cent. If the tax rate is cut down to 50 per cent, at some car models local manufacture would be less beneficial then CBU car import.

He made these comments in light of a draft circular presenting Vietnam’s special preferential import tariffs apropos of the ASEAN Trade in Goods Agreement (ATIGA) for 2012-2014, currently in the making by the Ministry of Finance (MoF).

Tuan said when CBU passenger car import duty falls to around 50 per cent to match ATIGA regulations some manufacturers would possibly look into importing car models to boost efficiency.

Car models in the same market segment, which are locally assembled, will then have to compete fiercely with imported versions, triggering a question whether local manufactured or CBU car imports would be more beneficial.

Tuan has a reasonable footing for his comment since among ASEAN countries Thailand was considered a regional car export hub by global giant car manufacturers.

A Thai Auto Parts Manufacturers Association report released in early 2011 shows that export of cars made in Thailand would peak at one million units in 2011, making up 56 per cent of this country’s total production. Asia was the biggest consumer of Thai cars with 269,000 car units in 2010.

Some foreign manufacturers, though opening manufacturing plants in Vietnam, have jumped into importing several car lines from Thailand such as Toyota’s pickup Hilux, Nissan’s Navara and in the coming period Ford’s Ford Ranger.

Unlike car imports from ASEAN region, the import of cars from countries outside the block is forecast not to witness sudden changes as in light of World Trade Organisation’s undertakings car import duties in 2012 will still stay high at around 68-78 per cent for under 10 seat vehicles.

In respect to truck lines, the import duty of CBU cars among ASEAN countries was revised downwardly to 5 per cent from last year, so the new draft circular did not bring much change, according to a local leading car firm Truong Hai Group (Thaco)’s general director and chairman Tran Ba Duong.

The MoF, in the WTO proposed import tariff for 2012, plans to ease the rate on under- five- tonnage trucks to 65 per cent from current 68 per cent; the import duties to other truck lines remain the same.

From the part of authorised car importers, Euro Auto BMW said lower import tariffs, if green-lighted by state competent agencies, would be applicable to car imported after January 1, 2012 only whereas revisions to car prices might be applied from February 2012 (after the traditional Lunar New Year ) onwards.